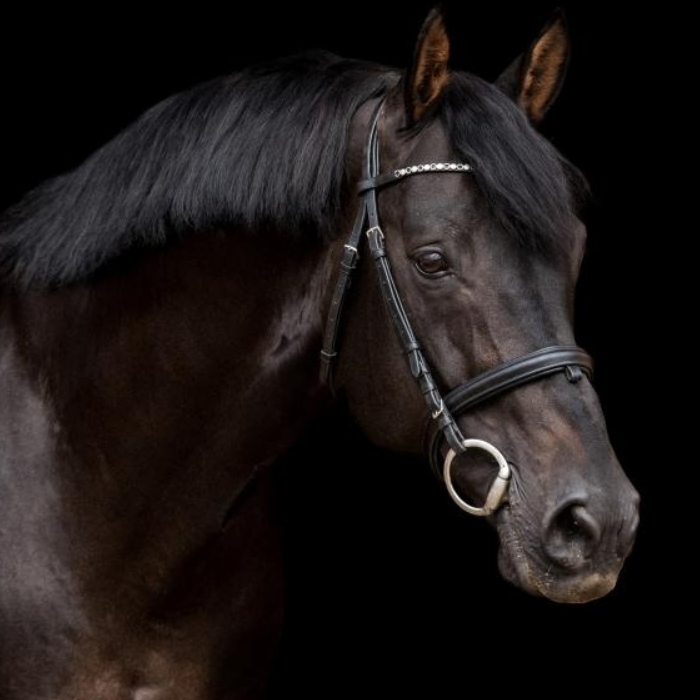 
Terms: €1350+VAT for unlimited attempts on named mare in one breeding season. If the mare is certified not in foal by the 30th September €1000+VAT will be refunded.

About - Vleut is a great breeding succes and he counts among the most sought-after stallions in France. In addition to the sports ability shown by his first descendants, he distinguishes himself by the conformation, elegance and beautiful gaits he transmits. His sire was one of the best in Europe, passing on these talents to Vleut which was made clear when his offspring hit the international Grand Prix scene.

Performance - In 2007 Vleut made the title Champion of Holland as a five year old after becoming a finalist in the young Horse World Championships at Lanaken and repeating this as a 6 and 7 year old. In 2010 he was the winner at the CSI2* of Neeroeteren, 3rd of Grand Prix of Roggel, 8th of the GP CSI5* of Valkenswaard, then with Edwina Tops Alexander, winner of Equita' Master CSI5*-W of Lyon. In 2012 he placed third at the World Cup of Donetsk and second in the 1.60m CSI4* of Coruna. In the following years he has placed third in the Grand Prix CS15* in Monaco, and third in the 1.50m CSI5* in Hong Kong amongst many other placings.

Sire - Quick Star, approved in 21 stud-books, is one of the best sires of the current winners in Europe he is classified 63th best Sire of international winners in Stallion Ranking WBFSH 2018. In particular he produced the Sire Olympic champion of Rio 2016, Big Star, with N. Skelton, also gold medal by team and 5th ex-aequo individual at the Olympic Games of London in 2012, winner of GP CSIO of Rome and Aix la Chapelle, 2nd WBFSH world performer 2012 and 4th in 2013.