Dam is the full sister of Loxana, Oldenburg Champion Mare and successful at Grand Prix 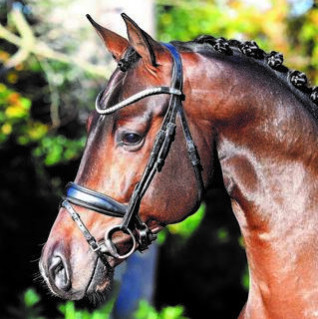 
Terms - €1000+VAT for unlimited attempts with chilled or frozen semen, on one named mare in one breeding season. If the mare is certified not in foal before the end of September then a 50% credit applies the following year to spend on any stallion from the same stud.  If the first AI of the year is July 1st or later, the credit the following year is 100%.

About:Vivaldon shines with lovely paces, a good contact and exemplary riding qualities. As a premium stallion of the Mecklenburg Stallion Days in 2017, he immediately made a good impression. Initially standing at the Swedish National Stud in Flyinge for two years, he has already produced excellent foals.

Sire:His sire Vivaldi is out of the famous Dutch blood line, the Utopia line and counts international Grand Prix stallions one after another in his pedigree, such as Krack C/Anky van Grunsven/NED and Jazz/Tineke Bartels/NED.

In 2013, Vivaldi won the VHO trophy at the KWPN licensing. After that, he was predominantly used for breeding and now appears amongst the top ten of the world's best dressage sires of the WBFSH ranking (currently 6th).

Damline: El.St. Loxandra also produced the licensed stallions Fürst and For Diamonds (both by Fürst Romancier). Her offspring have been placed in competitions for young dressage horses in their age classes.