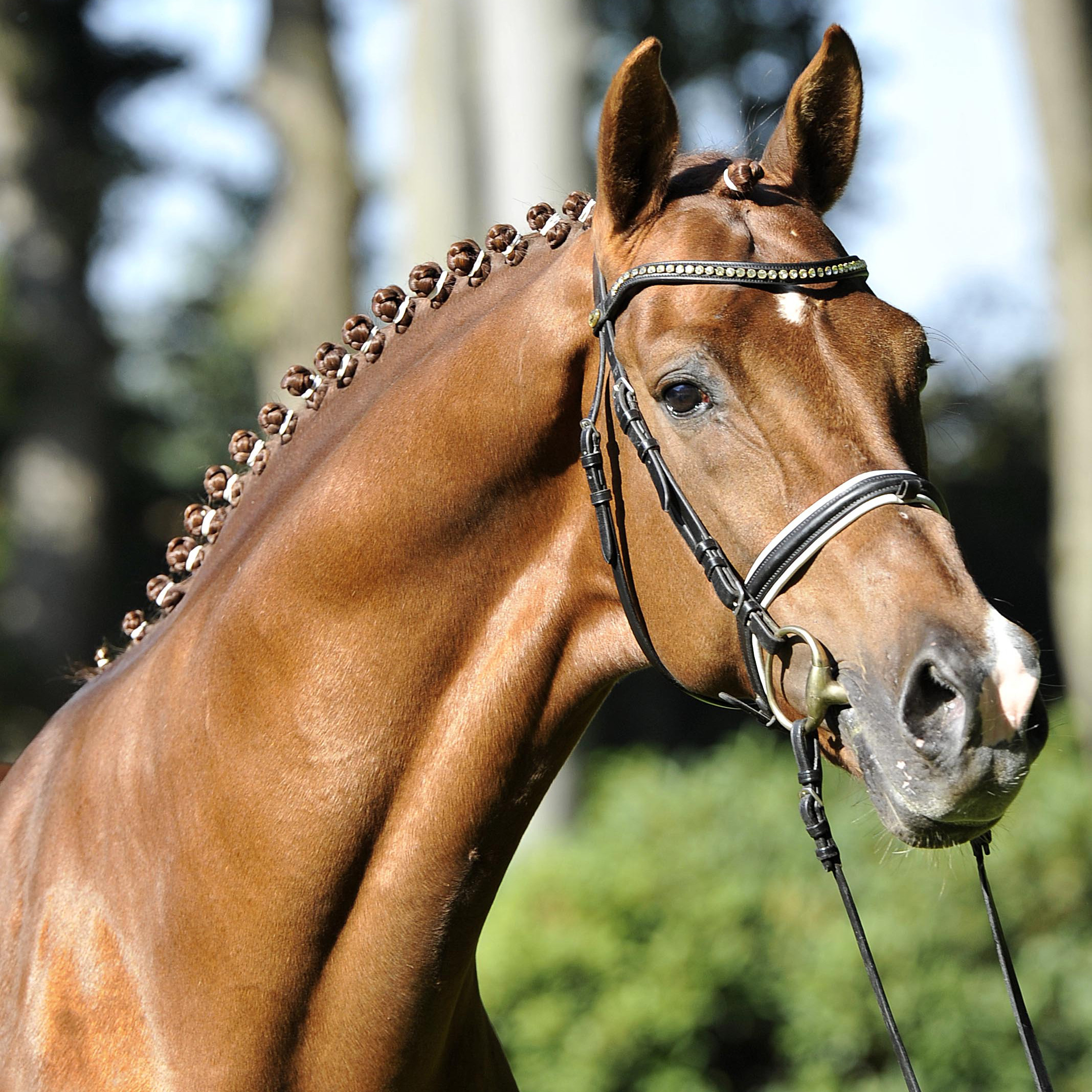 
Terms - All Schockemöhle stallions will be available on a pregnancy basis only (no single doses available). €2000+VAT, allowing unlimited attempts with frozen semen on one named mare in one breeding season. If the mare is certified not in foal before the end of September, then a 50% credit applies the following year to spend on any stallion from the same stud. If the first AI of the year is July 1st or later, the credit the following year is 100%

About - Vivaldi is keur stallion that has been an even better breeding stallion than he was a competitor. Strong in type, Vivaldi impresses under saddle with charisma, incredible movement and exceptional rideability. He passes all of this onto his offspring and is always in demand.

Performance - He was reserve champion of his stallion performance test, and in 2007 he won the coveted Pavo Cup under Dutch Olympian Hans Peter Minderhoud. In 2008 and 2009, he won the KWPN stallion series, achieving marks of 10.0 for his trot. He has competed internationally up to prix st georges, scoring over 72%, and is trained up to advanced, but has been used predominantly for breeding due the the high demands placed on him.

Sire - His sire Krack C was champion of the Pavo Cup in 1996 and 1997, and at his stallion performance test in Ermelo, he achieved very high marks for his rideability, which he has passed on to his son and grandsons.. Krack C won several grands prix with Anky van Grunsven and participated in the World Equestrian Games in Jerez in 2002. Anky also rode Jazz's sire Cocktail at grand prix level internationally.

Damline - Damsire Jazz is one of the most successful dressage stallions of all time. Almost 100 of his offspring have reached grand prix, and he is currently ranked fifth on the WBFSH Sire Rankings, having led the rankings for four years (2008-2011) and having never been out of the top five since the current rankings began; a more successful record than any other stallion. His most successful son, Jerich Parzival, competed at grand prix until the age of 19, never coming away without a team medal, barring his final appearance at Rio 2016, where he was withdrawn to a snakebite! Parzival competed at the World Cup Final four times; he won twice and came second twice. He won individual gold at the Rotterdam and Windsor Europeans and has won an incredible total of 14 championship medals.

Progeny - Vivaldi is now recognised globally as an outstanding producer of sport horses and stallions. He has more than 30 licensed sons, among them several highly-priced premium stallions. In the Netherlands, his progeny are already counted amongst the top dressage horses. At the World Young Horse Championships in Verden in 2015, his son Eye Catcher won the Bronze Medal of the six-year-olds. In 2015, his son Fenix won the five-year-old Pavo-Cup in the Netherlands. Vivaldi also produced several mare winners at shows and in 2015, he was third best stallion of the FN dressage breeding valuation throughout Germany with 170 points. One of his most successful stallion sons is Vitalis, who was reserve champion of the main NRW licensing in 2009, and dominated the dressage index of his stallion performance test in 2010 in Warendorf. With record marks of 10.0 for trot and 9.8 for canter, Vitalis was the easy champion of his age-group in the USA. Since returning to Germany, he has been trained up to advanced level and is successful up to intermediate I. In 2016, he won both small tour classes at Ermelo on scores over 74% with Isabel Freese.