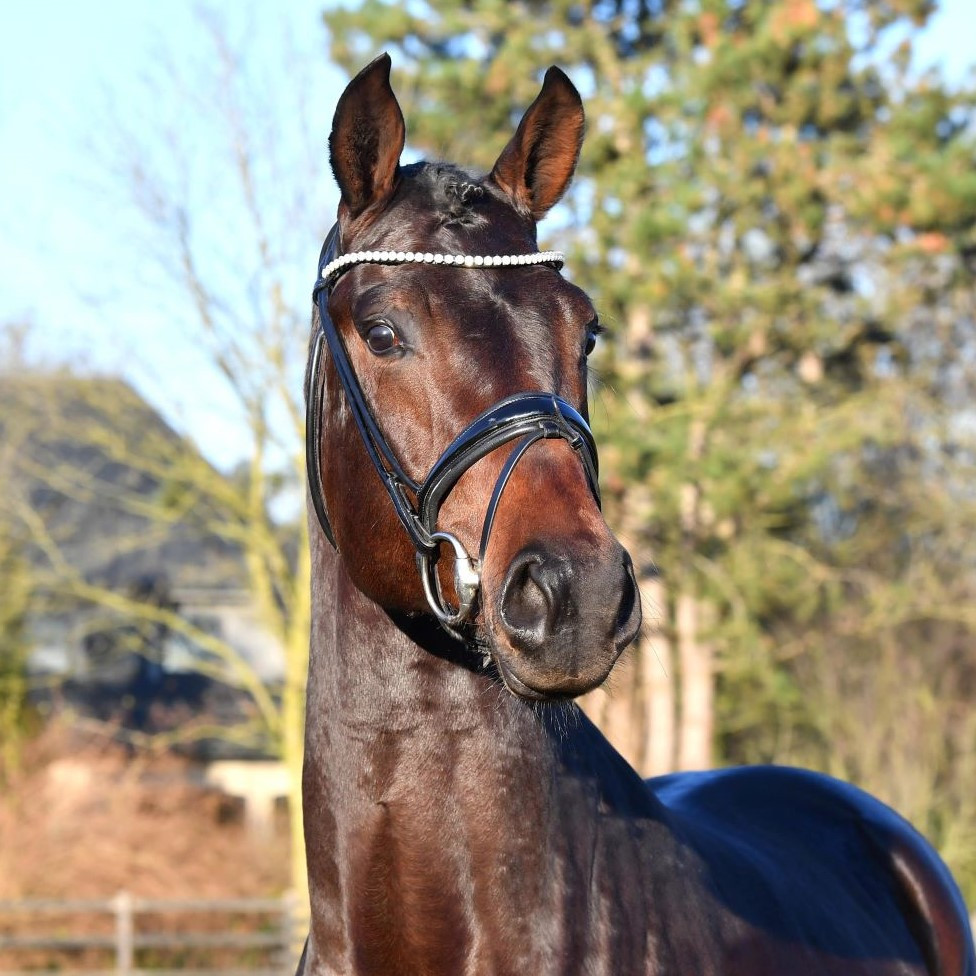 
Terms - €750+VAT for unlimited attempts with chilled semen, for one named mare in one breeding season. If the mare is certified not in foal by the 30th September, €450+VAT will be refunded.

About & Performance - As a new addition to the Bockmann collection with the best genes, this son of the strong inheritance Vitalis enriches the breeding community. At the Hanoverian licensing in Verden, he convinced with three great basic gaits, a lot of rhythm and outstanding character.

Sire - He was first reserve champion of the main NRW licensing in 2009, and dominated the dressage index of his stallion performance test in 2010 in Warendorf From the very beginning, he notched up wins and placings in dressage classes, including at the Dutch stallion championships and at the World Young Horse Championships. As a five-year-old, he was sold to American rider Charlotte Jorst, and was placed with her in the finals of the World Young Horse Championships as a six-year-old, having already dominated the US championship in his age-group. With record marks of 10.0 for trot and 9.8 for canter, he was clearly ahead of the other competitors. Since returning to Germany, he has been trained up to advanced level and is successful up to intermediate I. In 2016, he won both small tour classes at Ermelo on scores over 74% with Isabel Freese.

Damline - Victorianus' mother Röschen brought the S-winning mare Lady Danza, who won gold at the Junior European Championships 2017 under Johanna Sieverding, as well as Lovestoned (s. Lugato) under Carolyn Wittenborn. Dam-sire Rubin Royal, offspring have so far achieved a lifetime winnings of over 1,000,000 euros. Rubin Royal itself was successful in the Grand Prix Vierecken of Dortmund, Bremen, Münster, Bern, Aachen, Turin, Donaueschingen, Munich and Stuttgart. For several years he was in the top ten in the WBFSH ranking of the world's best dressage sires.