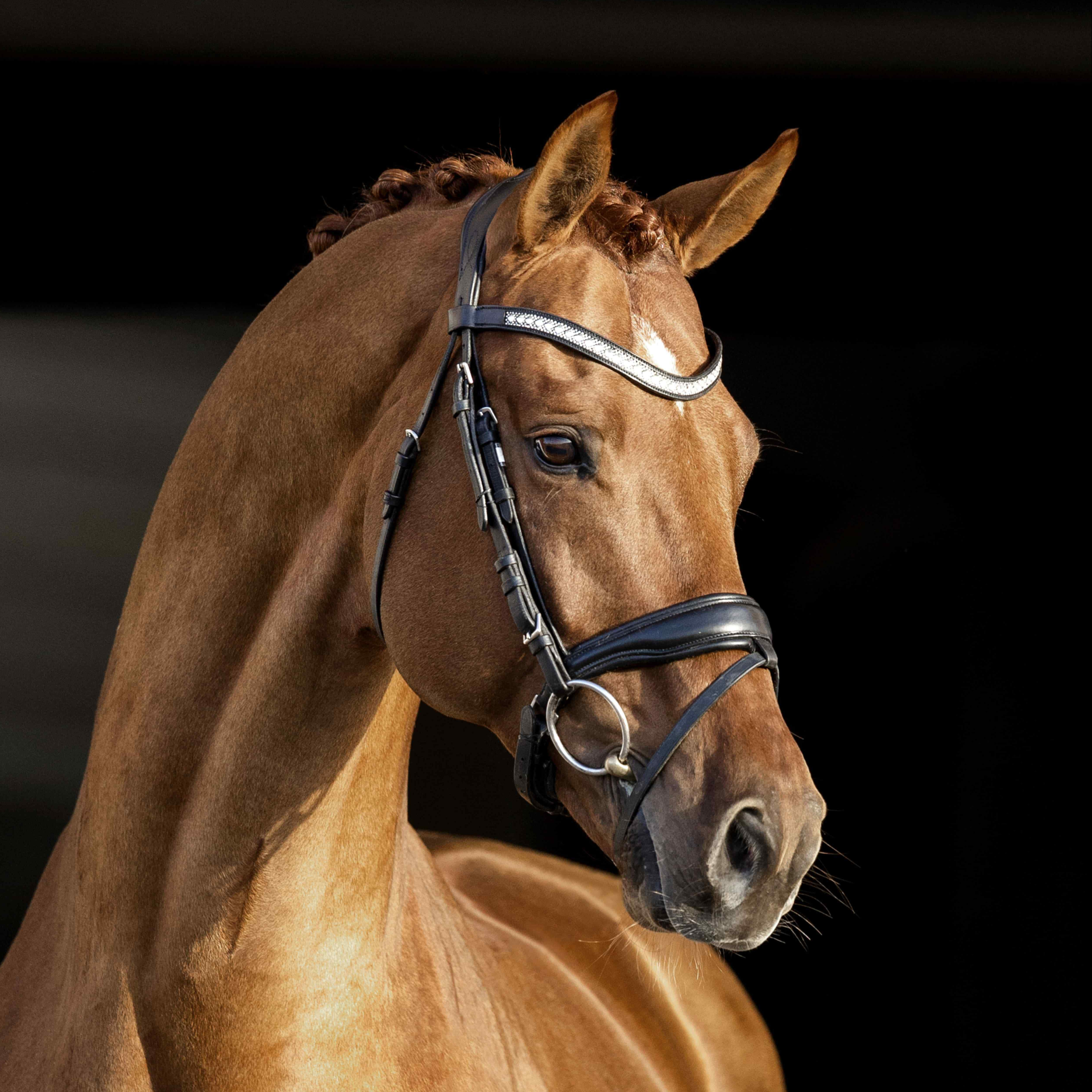 
Terms: €1200+VAT for unlimited attempts with chilled semen for one named mare in one breeding season. If the mare is certified not in foal by 30th September, €700+VAT will be refunded.

PLEASE NOTE: Blue Hors Veneziano is collected on Monday and Wednesday only and orders need to be booked before 8am for delivery the following day.

About - Veneziano is an exciting young stallion from a very strong damline. The image of his sire, Vivaldi, and with his fantastic temperament and talent for the difficult movements, such as piaffe and passage, he is a great prospect for both breeding and sport. He is supremely rideable; at seven years old, he has established one-time changes,

Performance - He won the six-year-old qualification for the Danish Championships at Vilhelmsborg, and was placed at national prix st georges as just a seven-year-old. Veneziano did his 35-day performance test in February 2015 and achieved a very strong dressage result. A total score of 8.46 points, with rideability of 9.0 and gaits between 8 and 8.5. At his Oldenburg licensing, Veneziano was second reserve champion, having impress the crowd and the assessors as the most "complete" stallion.

Sire - His sire Vivaldi was internationally successful with Hans Peter Minderhoud, and has 19 licensed sons in Germany. Vivaldi was himself Reserve Champion of his stallion performance test with 9.0 for walk and canter as well as 8.5 for trot, and won the five-year-old Pavo-Cup in Holland, won three stallion competitions in 2008, and in 2009 won the final of the KWPN stallion series, receiving a 10 for his trot. Both Vivaldi's sire Jazz and damsire Krack C competed at grand prix. Almost 100 Jazz offspring have reached grand prix, and he is currently ranked fifth on the WBFSH Sire Rankings, having led the rankings for four years (2008-2011) and having never been out of the top five since the current rankings began; a more successful record than any other stallion.

Damline - Donnerhall is a proven progenitor of dressage talent, and it is exciting to find him so close up in Veneziano's pedigree. It is Veneziano's damline that sets him apart; his dam Fabina is the full sister of legendary stallion Don Schufro, who won team bronze at the 2008 Olympic Games and is the sire of many successful international grand prix horses and stallions, including Weihegold OLD, Olympic individual silver and team gold medallist, Diamond Hit, Bocelli, Don Corleone, and Diva Royale. It is as a damsire that Don Schufro really shines, responsible for three-time World Young Horse Champion Sezuan, Deja, Flanell, Fiderdance, Roadrunner, Skovens Rafael, Elholms Bonito, Great Schufro, Royal Schufro, San Schufro, Schufro Hit, Total Hope (out of Weihegold OLD), Zoom, and Zee Me Blue, among others. Fabina has also produced the premium stallion Red Label, by Romanov. The dam line has produced several sport horses and licensed stallions, such as Don Primero (sire of Dimaggio), Cappucino, Pentagon Peron, Davidoff's Hit, Lord Leopold, Rudisha, Zatchmo, Vito Corleone S, Sunny Boy, Classico, Ron Rubin, and many others.

Progeny - Veneziano is a strong choice, both in terms of exterior and movement, which must be due to his super strong genes, which show that it is important to have a strong damline behind a breeding stallion.  "Venziano's offspring have shown themselves to have lots of type, format and movement", says Martin Klavsen.