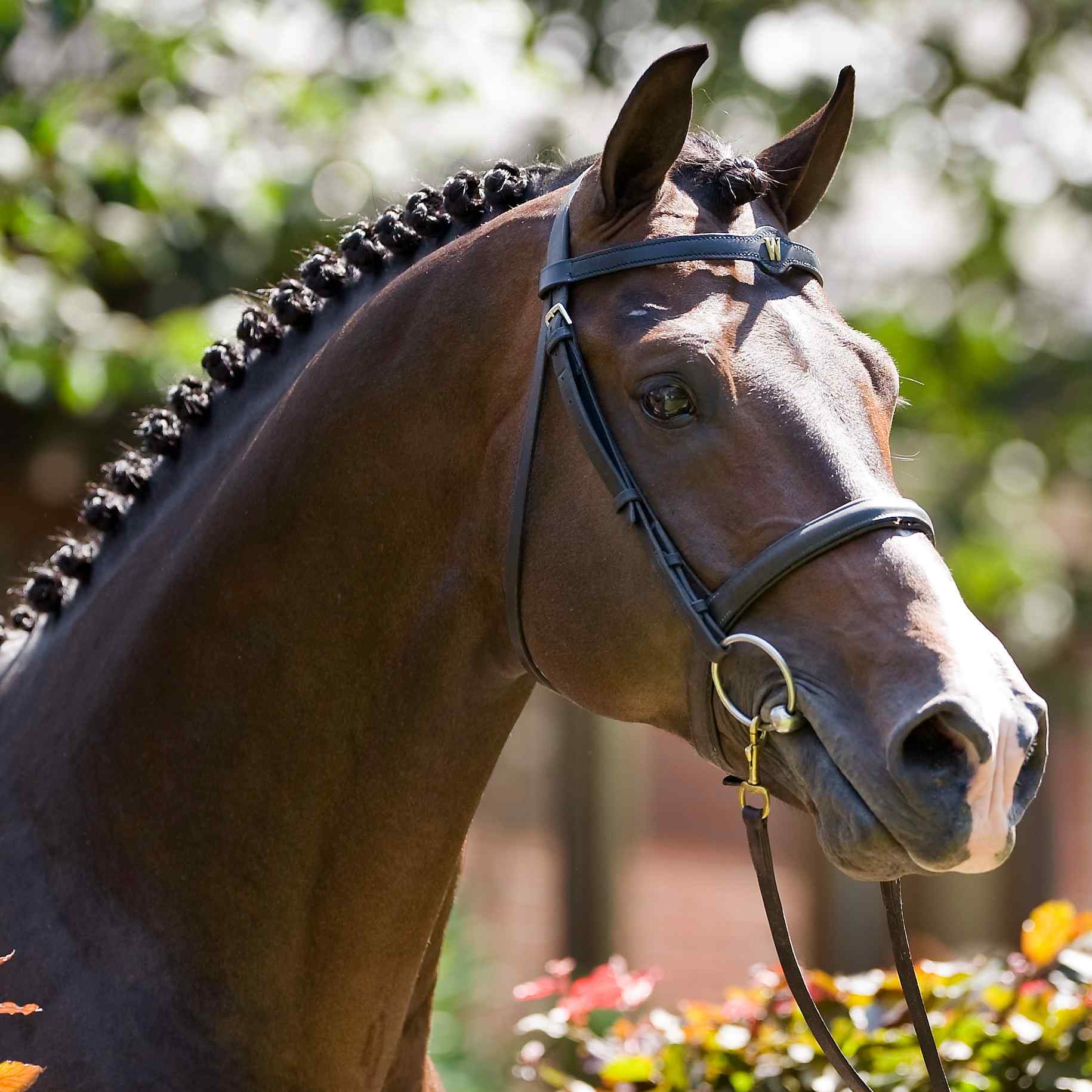 
Terms:  €1500+VAT, allowing unlimited attempts with chilled semen (some frozen doses available) on one named mare in one breeding season. If the mare is certified not in foal by the end of September, €1200+VAT will be refunded.

About - Ustinov's talent and great jumping technique come from a proven pedigree, and are no surprise given the quality of his bloodlines. He is a powerful, compact stallion; short-coupled, and very neat and tidy with both his front and hind end. He is quick in the air with a lot of freedom in the hindlegs over a fence. He is best suited to a taller, larger-framed mare.

Performance - Ustinov jumped internationally up to 1.50m level in Germany under Caroline Müller, having been successful in international young horse classes. He was the champion stallion of his 2004 KWPN licensing, and was reserve champion of the 2008 KWPN Stallion Competition.

Sire - Libero H was a legend in his lifetime. With Jos Lansink, the son of foundation sire Landgraf I won numerous grand prix and World Cup qualifiers,  and in 1994 he was the outstanding winner of the 's-Hertogenbosch World Cup Finals; his fighting spirit, in combination with his jumping technique and incredible reflexes, made the stallion almost unbeatable that season. In total Libero H has fewer than 600 registered offspring, yet more than 50 are, or have been, competing at 1.50m or higher internationally. Many of his internationally successful offspring also carry the blood of Nimmerdor; Liberty, Coonawarra, Ikoon and Iowa are just a few examples. This makes Ustinov's pedigree even more desirable, as he also counts Nimmerdor as his damsire.

Damline - Nimmerdor is found in the pedigree of countless top stallions and sport horses. He is also the damsire of Rio 2016 Olympic gold medallist, Big Star, and his son Heartbreaker, the 2015 KWPN Stallion of the Year, has been a hugely influential sire in his own right. Nimmerdor's other well-known sons include Ahorn, Aldato, and Daimler. Ustinov's dam Haifa has two licensed full brothers, Glendale and Nintendo K, and has also produced a full sister of Ustinov, Maifa. In turn, Maifa has produced two grand prix jumpers, Zilverstar VDL and Calimero, in addition to an elite mare and the 1.40m jumper Sirkorsky. The mare line is incredibly strong, and has produced many international sport horses and licensed stallions.

Progeny - Ustinov’s offspring can bascule over a jump like no other, and have excellent technique. They open up behind well and are very bold characters. His earliest sons and daughters are now emerging at grand prix, including Ridley, who is jumping on the international circuit in Wellington, and in 2016 won two 1.45m class in Canada. Ustinov will not produce chestnut foals.