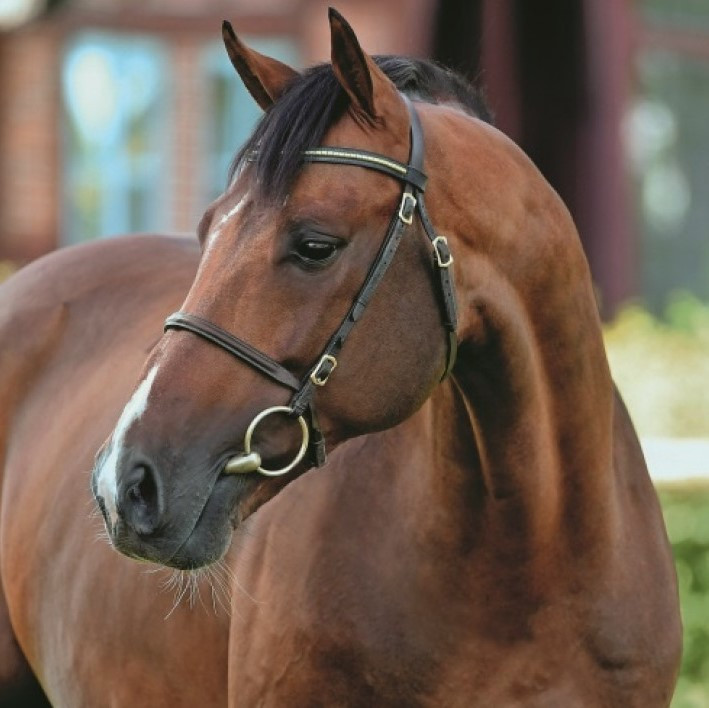 
Terms - €1200 +VAT for unlimited attempts with chilled semen on one named mare in one breeding season, if the mare is certified not in foal by the end of September €850 +VAT will be refunded.

About - Uriko’s bloodline is highly interesting as he carries a unique combination of international top jumping sires. He has an expressive head, a well-set neck of good length and a wellstructured and muscular back joined by powerful hindquarters. Uriko’s rideability has greatly improved and he has already earned a reputation for sireing excellent type. Uriko offspring are modern, typey, and with good movement. His first crops have already yielded several excellent jumpers.

Performance - Uriko boasts an impressive track record under Maximilian Gräfe as he won six jumping classes at S* level and was highly placed in jumping classes to S** level. He continued his success story under Ebba Johansson with placings to S*** during the season. Uriko was stallion-graded at the stallion approval in May 2011 and 70-day performance tested at Schlieckau. Uriko’s admittance for stallion grading had been based on a breeding committee decision ruling 30-day ability assessment as successful stallion performance testing. Uriko was 70-day performance tested in autumn 2011, with the judges confirming the talents previously shown by the young stallion. With his canter graded 9.25 and his jumping ability 8.83, his total stallion performance test breeding value is 130.

Sire - Uriko’s sire Untouchable, performance-tested in competition at international top level himself, results from a cross of a son of French top sire Papillon Rouge to Dutch top stallion Heartbreaker. Through Carthago, Calypso I, Romantiker, and Cottage Son/TB the bloodline traces back to the important Holsteiner mare family 18A2. Under top German rider Daniel Deusser, Untouchable jumped up to 1.60m grand prix level with many successes, including 6th in the CSI5* World Cup qualifiers in Helsinki and Mechelen. He won the CSI4* Puissance in Vienna, and was third in the GCT 1.50m grand prix in Valencia under Dodo de Miranda. He was also placed in the 1.60m Grand Prix classes in La Coruna, Paris and Rio de Janeiro.

Damline - Uriko’s dam Wizzard is a daughter of Lavaletto son Lavito, a maternal grandson of top sire Carthago. Wizzard’s dam line goes back to stem 4173 with crosses to the performance sires Corrado, Rocadero, Fasolt and Marlon/TB. Just recently, successful international sport horses from this family like for example Balourado, a Baloubet son ridden by Robert Smith, have been attracting attention.