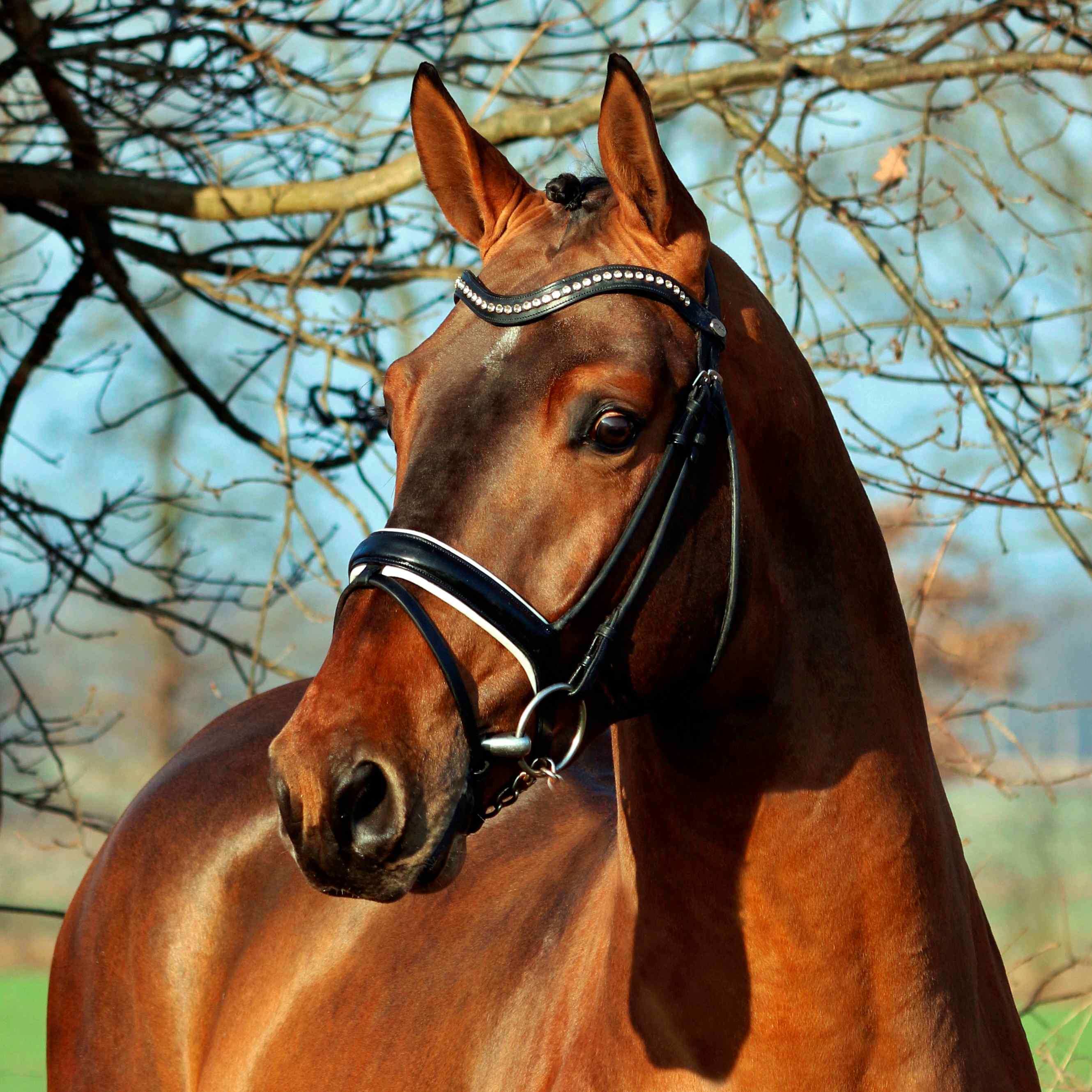 
Terms: €1000 + VAT for unlimited attempts with chilled semen, for one named mare in one breeding season. If the mare is certified not in foal before the end of September, €600 +VAT will be refunded.

Terms - Toys is an exciting new stallion at Sprehe this season, from a very popular sire in addition to a strong damline. He has an excellent technique, with power, spring and boldness combined with three good basic gaits. Toys passed his performance test with a score of 8.65 for jumping, including 9.0 for loose-jumping and rideability.

Sire - Toulon descends from the Preferent stallion Heartbreaker, a successful Grand Prix jumper and notable sire, who won the Grand Prix of Sao Paulo, came 2nd in the Nations Cup of Rome and was placed in many Grand Prix and World Cup Qualifiers. Heartbreaker was declared ‘Preferent’ in 2009 in recognition of his successful offspring in the international scene. Heartbreaker himself was successful at grand prix level with Peter Geerink, and appeared on the WBFSH Sire Rankings for seven consecutive seasons (2009 - 2015). His influence in worldwide breeding is enormous. In the KWPN-studbook he has 10 approved sons and 14 approved grandsons. On the international scene, many of his offspring are competing at the highest level, including Bertram Allen’s Romanov II, who won four grands prix (Bordeaux, Dortmund, La Baule and Paris) in 2016. Also among his offspring are Zidane, ridden by Leopold van Asten, and the approved stallions Cidane, Toulon, Zambesi and Actionbreaker. Heartbreaker is also the grandfather of World Young Horse Champion Earley (Harley VDL x Indorado x Indoctro VDL). Toulon has more than 50 offspring jumping at grand prix level, including Bijou Orai, dam of licensed stallion Eldorado.

Damline - Damsire Quidam de Revel is a legend on his own; he has an impressive list of achievements and he himself participated in the Olympic Games and is also the sire of many international jumpers and approved stallions the world over. Quidam de Revel's dam, sire and grandsire all competed at grand prix themselves. His most famous son is Verdi, whose international successes place him among the very best in the world. Verdi has appeared at every senior championship since 2011, winning two team golds (WEG 2014, Aachen 2015) and a team silver (London 2012). With Verdi in the team, The Netherlands have also won the Nations Cup Final in Barcelona 2014, plus the legs at Rotterdam, St Gallen, Falsterbo, and Rome - with Verdi jumping the coveted double clear on three of those occasions. He has finished in the top ten of a World Cup qualifier thirteen times, including second in Verona, Helsinki, and Gothenburg. He has competed at the World Cup Final four times, finishing sixth (Lyon 2014 & Vegas 2015), seventh ('s-Hertogenbosch 2012) and eleventh (Gothenburg 2016). Individually, Verdi has won the GCT Madrid Grand Prix, the Lyon and Al Ain Longines Grands Prix, and the Grand Prix of Salzburg, winning almost €400,000 on the GCT Tour alone.