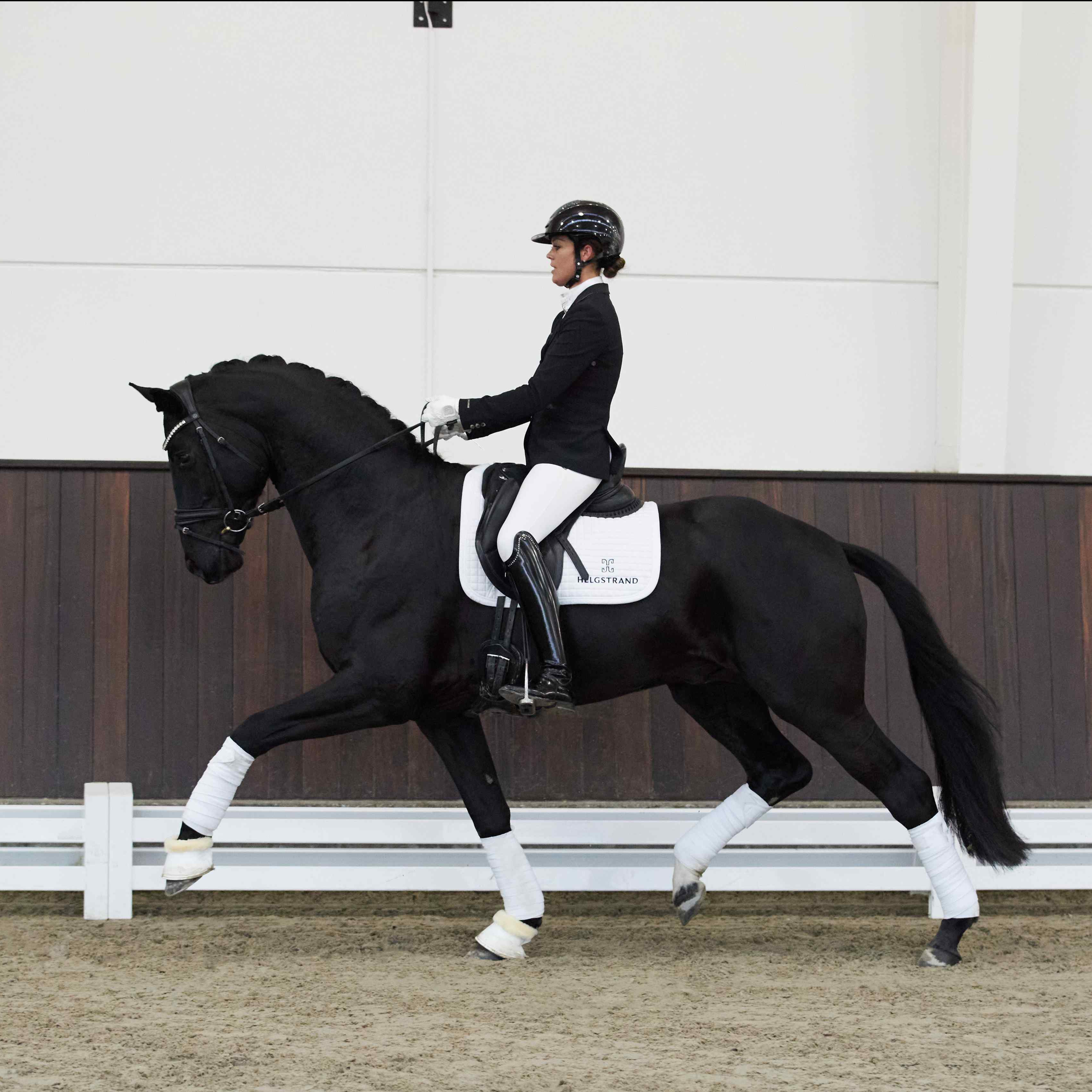 
Terms - €1000+VAT for unlimited attempts with chilled or frozen semen, on one named mare in one breeding season. If the mare is certified not in foal before the end of September then a 50% credit applies the following year to spend on any stallion from the same stud.  If the first AI of the year is July 1st or later, the credit the following year is 100%.

About - Flawless in type, with gigantic movement  – Sparkling is worthy offspring of the now only narrowly flowering stallion line of the great Rubinstein.

Prince Romancier in second place was Oldenburg main prize winner and fourth at the Dressage Horse World Championships and the Federal Championships. His descendants, such as First Romance/Dorothee Schneider and For Romance OLD/Therese Nilshagen/SWE, have arrived in the Grand Prix quadrangle.

In the pedigree, the team Olympic champion, world and European champion Desperados FRH/Kristina Sprehe and the main peeler Rotspon stationed at the state stud in Celle follow.