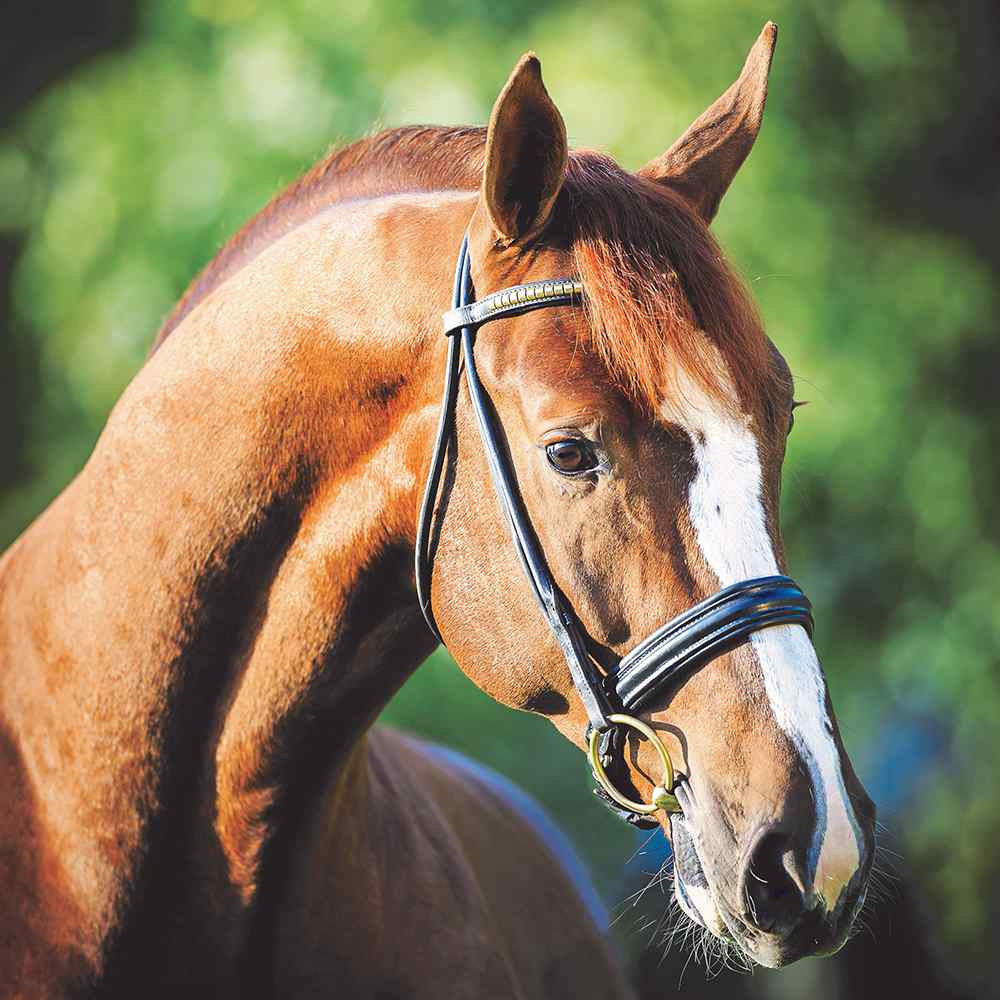 
Terms - €500 plus VAT per dose of frozen semen, allowing the registration of one foal.

About & Performance - Limitless ability, good approach and caution, a strikingly good bascule and squeaky clean technique – with these attributes, this expressive and masculine premium stallion already knew how to inspire the Hanoverian Körkommission and the audience, from whom he repeatedly reaped applause for his class in the jump. His genetically determined jumping talent is complemented by an impeccable character and exemplary rideability.

Schenkenberg has a whole series of National and International S* rankings on his success account.

At the beginning of his sports career, Schenkenberg won several times in jumping competitions up to class M and qualified for the Federal Championship of German Jumping Horses and the final of the HanoverIan Championships.

Sire - His father, the Celler Landbeschäler Stolzenberg, stands for top character and the very best performance characteristics. Even highly successful up to class S**, he is particularly enthusiastic as a sire with around 80 S-successful offspring, including the internationally highly successful BSC Skipper/H. Wulschner in Grand Prix. Due to his outstanding sire qualities, Stolzenberg was named Grande Prize Winner 2011 and Hanoverian Stallion of the Year 2019.

Damline -  Grandsire, Montendro also has sporting successes: Under Henrik von Eckermann and Marco Kutscher, he collected wins up to class S* before he was sold to China, where he was involved in the World Cup. One of the great sires on the international stage is undoubtedly Montender, who was double European champion under Marco Kutscher and was able to win team gold and individual bronze at the Olympic Games in Athens.

Progeny - Schenkenberg's descendants are characterized by great wins in jumping  as well as the strength of character and coolness of their father. In addition, there is an exemplary rideability as well as an optimal feel for the course, which is characterized in particular by a large overview and absolute focus on the course.  Schenkenberg also puts himself in the limelight in terms of breeding. His licensed son Sixpack thrilled as the reserve winner of his 14-day test with a jumping final grade of 9.4 and a free jump grade of 10.0.