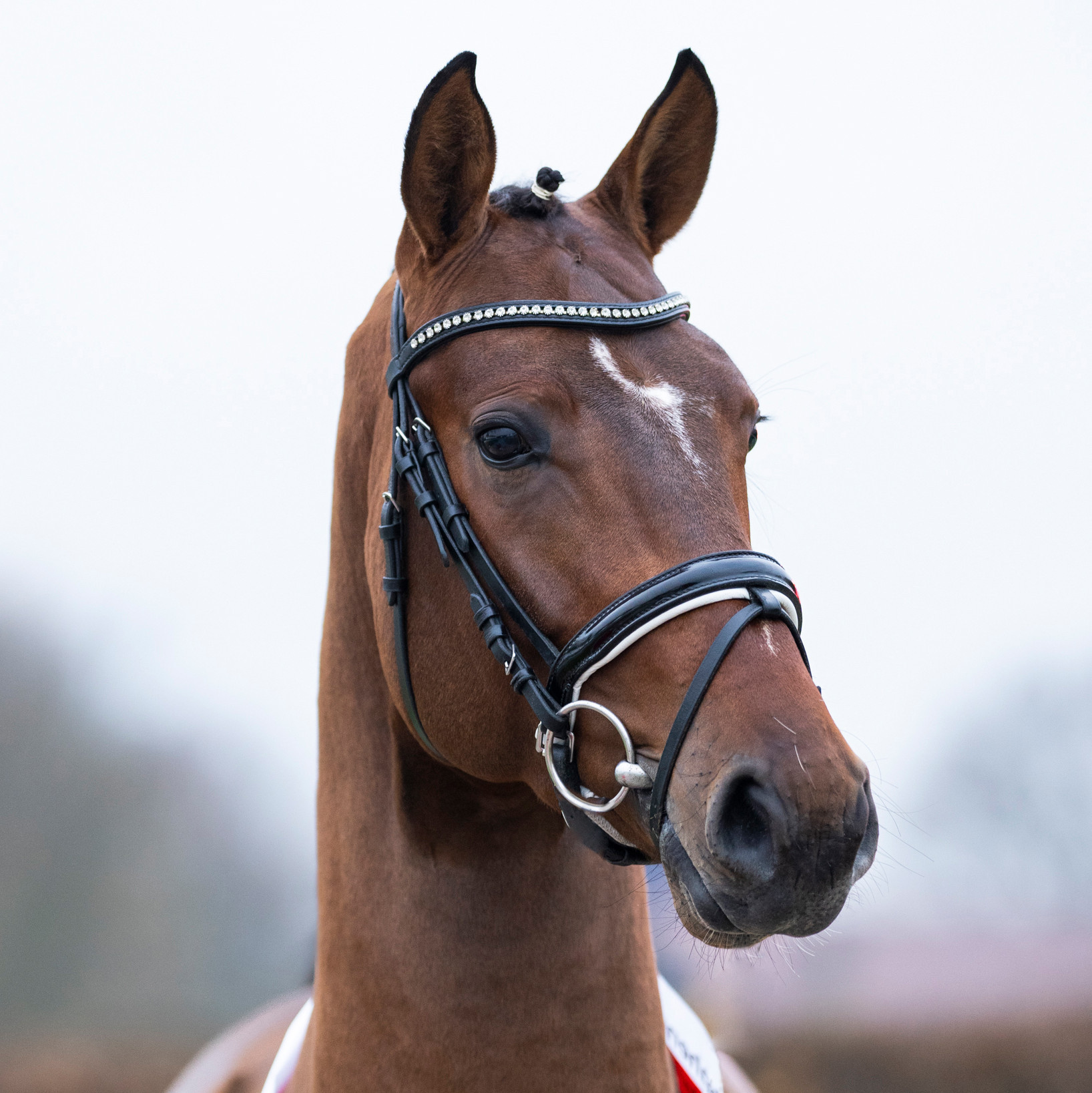 
Terms- €800+VAT for unlimited attempts with chilled semen on one named mare during the season. If the mare is certified not in foal by the 30th September, €500 +VAT will be refunded.

About- Salah's jumping sequence, his movement potential, his type characteristics - everything is simply ultra-modern and of a special quality. The young stallion impresses with  good movement values. His trot mechanics and his canter, which is always uphill, deserve special mention. On the occasion of his licensing in Münster/Handorf, Salah showed his exceptional talent with outstanding ability, lightning-fast reflexes and breathtaking speed in the free jumping lane. "A free jumping that leaves nothing to be desired...with a lot of elasticity and an extra hinge in the back",

Sire- The sire Stakkato Gold belongs to the silverware of European jumping horse breeding. He was himself successful in 1.50m classes and produced 65 licensed sons and 63 advanced level offspring in Germany alone, who have long since promoted their father to the group of millionaire offspring profit earners. His sporting spearheads include the stallions Solid Gold (Christian Ahlmann) and Stargold (Marcus Ehning). The latter won the team silver medal at the European Championships in Riesenbeck in 2021.

Damline-  The dam A la Calinca ,  is strong in type and strong in movement, passed an outstanding mare performance test and was declared champion mare with emphasis on jumping at the Westphalian elite mare show in 2015. Her father, the Westphalian champion stallion A la Carte, made a career in show jumping under Kendra Claricia Brinkop and Marcus Ehning.

Salah's granddam Crystal comes from the often so successfully practiced combination of the exceptional stallions Cornet Obolensky and Pilot. She is the sister of no fewer than four show jumpers that have been successful in advanced classes, including Chattanooga, who is licensed in Westphalia and who won silver at the World Championships for young show jumpers in Lanaken under Joachim Heyer as a six-year-old and later competed internationally up to 1.60m classes went.