A beautiful stallion from the full sister of Poetin 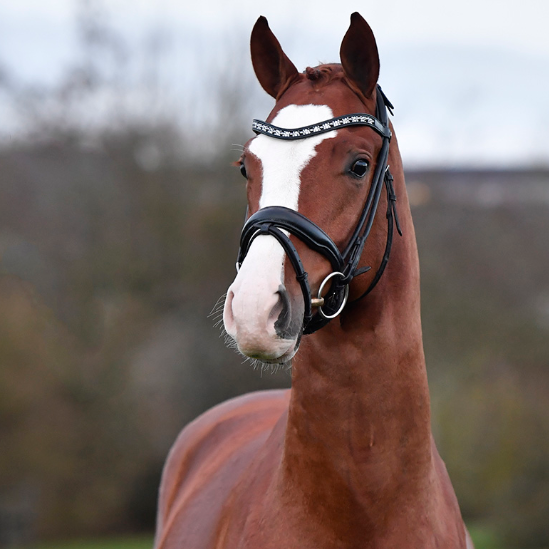 
Terms: €750+VAT per dose, allowing the registration of one foal. There is no refund or credit due in the event that the mare is not pregnant.

About - Quaterhit is a beautiful, fascinating, and exciting prospect for breeders due to his strong damline. He has three outstanding paces combined with excellent conformation and a lovely temperament.

Sire - Quatergold is a son of Bundeschampion and performance test champion Quaterback, whose sire Quaterman competed at grand prix, while grand-sire Quando-Quando competed at the Olympics, the World Equestrian Games, and is the sire of the sensational Quantensprung.

Damline - Quaterhit's dam Poetin III is a state premium mare and full sister to Poetin, who is one of his Sandro Hit's most famous offspring; she was World Champion and double Bundeschampion, scoring a perfect 10 for her trot, and was sold for a record-breaking €2.5million at the 2003 PSI Auction. Poetin III's five full brothers (Samba Hit I-V) are all licensed stallions.

Few stallions become legends in their own lifetime, but Sandro Hit can be regarded as nothing less. He was Bundeschampion, World Champion of six-year-old dressage horses and trained up to grand prix. He has produced many auction highlights, more than 180 licensed stallions, amongst them several champion stallions, and more than 50 grand prix horses. The Rio 2016 Olympics were especially impressive for Sandro Hit; Showtime FRH was part of the German gold-medal-winning team in dressage, and Santano II was team bronze medallist with Christopher Burton (Australia) in eventing, having led overnight after cross-country. Showtime finished sixth indiviually and has since won the Salzburg World Cup qualifier on a score of 85.2%. Santano II finished fifth in the final rankings, and has won four times internationally, including the CCI3* at Saumur.

Sandro Hit has produced twelve Bundeschampions; in 2016, Sisters Act completed the dozen when she became champion of four-year-olds. Since 2016, Sandro Hit ranks among the prize-money millionaires, with 167 descendants registering success at advanced levl, and he is currently third on the WBFSH Sire Rankings, having been in the top ten every year since 2012.

Third sire Brentano II was a foundation stallion for the Hanoverian breed before his death in 2010. The stallions Garibaldi I and II, Wolkenstein I and II, Beltain (sire of Belissimo M) and Beauvalais, all belong to his family. He was crowned 'Stallion of the Year' by the Hanover Verband in 2003 in recognition of his outstanding contribution as a breeding stallion. Brentano II won his own licensing and was fourth at the Bundeschampionat, and stood at the State Stud Celle for many years.