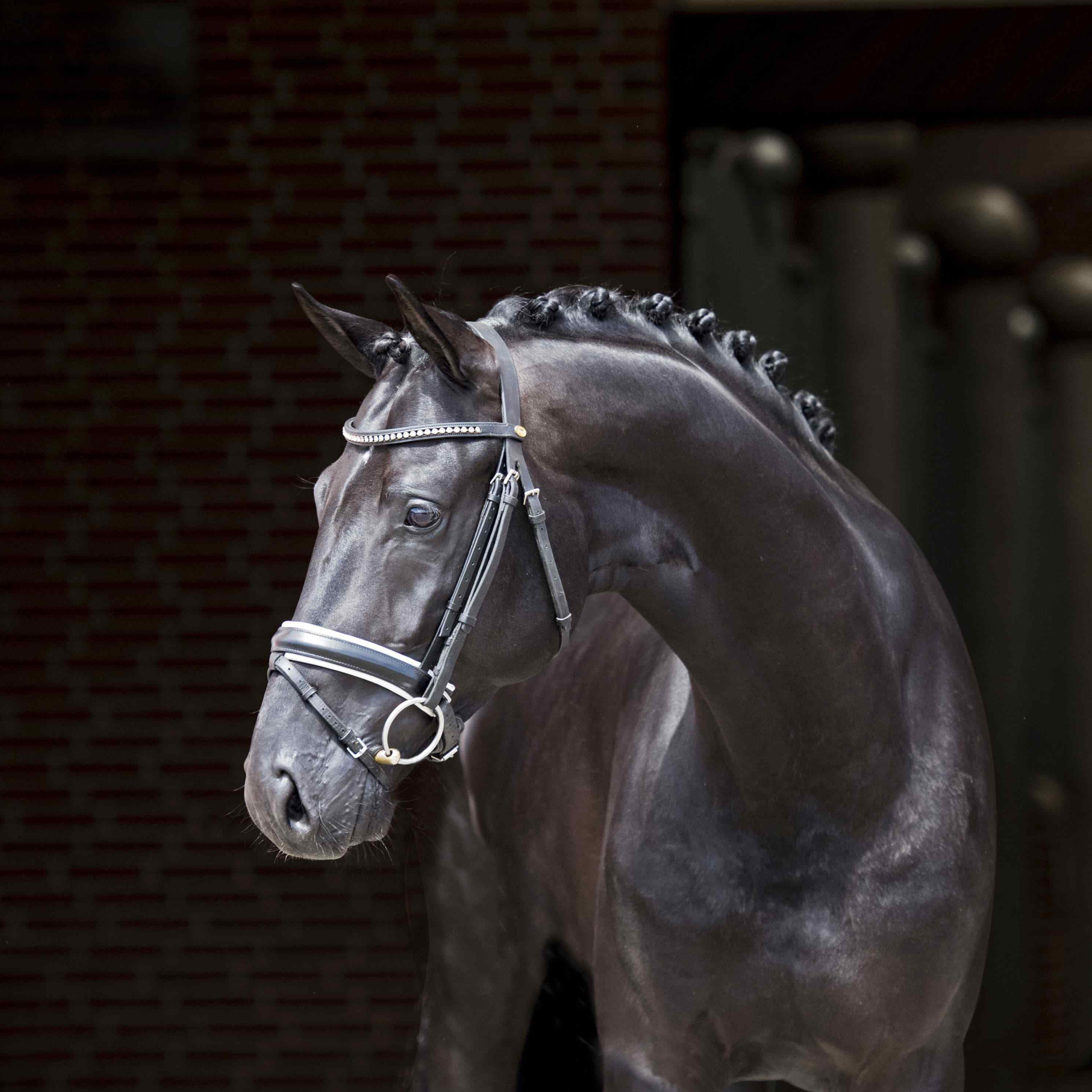 
Terms - €1200+VAT for unlimited attempts with chilled semen, for one named mare in one breeding season. If the mare is certified not in foal by the end of September, €700+VAT will be refunded.

PLEASE NOTE: Kingston is collected on Monday, Wednesday, and Friday only and orders need to be booked before 8am for delivery the following day.

About -  This young stallion is raising a lot of interest in the breeding industry, with his first crop of foals making their debut in auctions across the Netherlands going for top prices, they are proving how much of a quality sire Kingston can be. He displays a huge amount of rideability which earned him a 9.0 in his performance test, and he received the impressive final overall score 85.5. He brings fresh bloodlines which you don't often come by in modern dressage breeding, he has all the qualities of a top breeding stallion.

Performance - He was licensed by the KWPN in 2018 and passed the KWPN's 50-day test in Ermelo the same year with an excellent result, securing him second place in dressage. His total score of 85.5 points included the following marks: walk (2x) 8.5, trot (2x) 8.5, canter (2x) 8.5, suppleness 8.5, balance and self-carriage 8.5, rideability 9, potential as a dressage horse 8.5. He has been described as an honest horse with incredible rideability and a positive attitude, with his clear and active walk, impressive extension in his trot and uphill canter. "Kingston is a pleasure to ride".

Sire -  Glock’s Toto Jr. is the first licensed stallion of the legendary Totilas. In early 2014, he won his stallion performance test in Ermelo with 86 points, won the Pavo Cup 2015-2016 and additionally the Stallion Competition (class L and M) two years in succession. Glock’s Toto Jr. is currently working at Grand Prix level and is demonstrating excellent paces with power, lightness, elasticity, balance and uphill tendency. His nature is also an outstanding quality, which  he is proving to pass on to his offspring.

Damline -  His damsire Turbo Magic is a stallion with strong pedigree with Cabochon and Cocktail, two famous Dutch producers of dressage horses. Turbo has been approved as a KWPN stallion, has successfully completed the 70 day test and has been breeding for two years. Turbo achieved top rankings in the Finale of the PAVO Cup in 2004 and has won the title Future Stallion at the International Stallion Show in Zwolle 2005 with excellent results and many compliments from the judges.

Progeny - Kingston is colour-tested, and is only able to pass on the genes for bay/black-coloured offspring. Kingston passes on his own good conformation and super performance along with a very good canter. His unique lineage allows him to be combined with virtually any bloodline.
"I suspect that Kingston will positively affect the rideability on his offspring, as well as pass on his nice front. He has a lot of talent, and ability to collect himself, and he will without a doubt be a star for the collected work", says Martin Klavsen. Kingston's offspring includes a son sold for 36.000 € among the most expensive colts at the renowned Borculo auction 2019 in Holland. His offspring has been some of the positively highlighted foals at several foal shows and auctions, for example, his son, Vestermarkens Kenzo, who was sold for 35.000 € at the Danish Warmblood's fall foal auction at Blue Hors in 2020.