A great son of Cornet Obolensky and a For Pleasure damline. 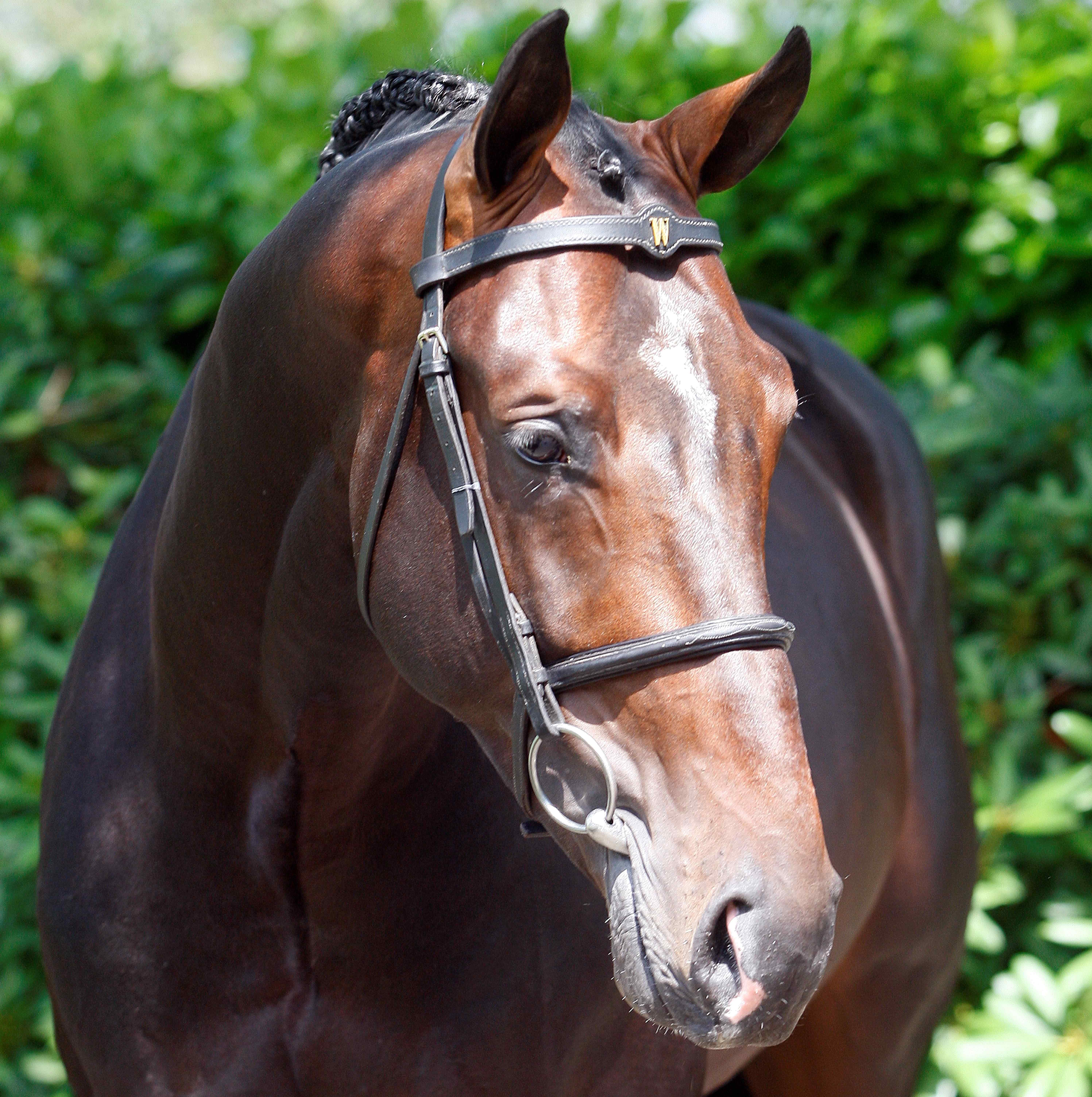 
Terms - €1000 + VAT for unlimted attempts with chilled semen on one named mare in one breeding season. If the mare is certified not in foal by the end of September, €700 will be refunded.

About & Performance - Kensington seems to exceed the expectations that were set by the KWPN stallion committee. He shows great power and strength and has all the qualities to develop into a great Showjumping sire. Kensington recently ended 3rd in the KWPN stallion competition by jumping 8 clear rounds in a row! The KWPN performance test report states, “Kensington is an honest and reliable stallion with an excellent character and a great willingness to work. His canter is light-footed and is very well balanced. Kensington jumps with good technique and uses his body in the best possible way. Kensington appears to be very careful and shows a tremendous amount of scope."

Sire -  At his 30 day test in Münster-Handorf in 2002, Cornet Obolensky left his competitors far behind, with a score of 9.24 in the partial index for jumping. The judges even gave him the maximum score of 10.0 for loose-jumping. In 2011, Cornet Obolensky won the gold medal with the German team at the European Championships in Madrid. In 2012, he won the World Cup qualifier in Zürich, the Nations Cups in Rome and Rotterdam, and was recognised as the most successful show jumper in Germany. Under Marco Kutscher, he won grand prix and Nations Cup competitions, including the Samsung Super League final in Barcelona, which he won twice. In 2008, he took home bronze at the German National Championship and won the grand prix in Balve and Cervia, as well as in the Nations Cup competition in Rotterdam. He was also a member of the German Olympic team in Hong Kong. In 2009, he was second in the Bordeaux World Cup qualifer, third in the grand prix competition in Rio de Janeiro and was placed in the Global Champions Tour Final in Doha. His lifetime earnings are approximately €800,000.

Damline - In addition to his father, the living legend Cornet Obolensky, this dam line continues with the highly respected showjumping producers and stallions For Pleasure, Athlet Z, and Libero H. Every one of these stallions is one of the greats, and still play a huge part in today’s showjumping breeding industry. His damsire For Pleasure had one of the best international careers, he was on four gold-medal-winning teams for Germany; two Olympic Games (Atlanta 1996 & Sydney 2000, where they finsihed 4th individually), and two European Championships, at Hickstead in 1999 where he was 5th individually, and Donaueschingen in 2003. At Donauschingen, he also won individual bronze, the first ever individual medal for Marcus Ehning. He also won gold and silver medals at he German National Championships. His career earnings totalled over €1.8million, ahead of Milton, and his offspring have won over €2.5million between them.