A light, modern stallion from an international pedigree 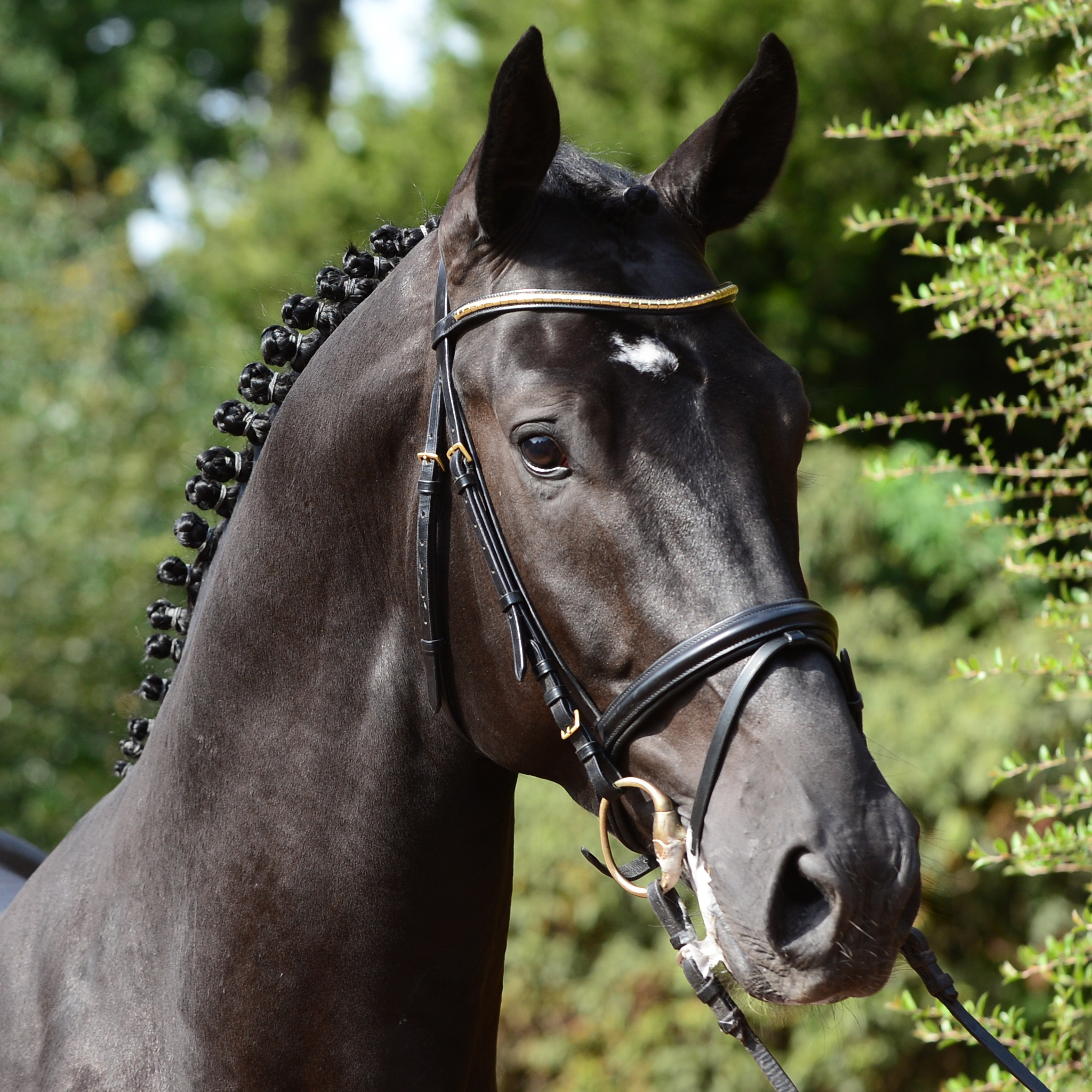 
Terms - All Schockemöhle stallions will be offered on a pregnancy basis only (no single doses available). €800+VAT, allowing unlimited attempts with chilled or frozen semen, for one named mare in one breeding season. If the mare is certified not pregnant before the end of September then a 50% credit applies the following year to spend on any stallion from the same stud. If the first AI of the year is July 1st or later, the credit the following year is 100%.

About - Kanndarco is a light, modern, blood-type stallion with an excellent pedigree. His form over a fence is outstanding; he jumps with perfect technique and almost limitless scrope.

Performance - He won the jumping section of his performance test on the brilliant score of 9.5. We will watch his career under saddle with interest.

Sire - His sire Kannan was internationally successful with Francois Mathy Jr. and Michel Hécard. He has produced over 200 international show jumping horses, including the Olympic Champion Nino des Buissonets and Hickstead Derby winner Adventure de Kannan, and has been placed in the top group of the world WBFSH ranking for years; in 2016, he lies in fifth for jumping and tenth for eventing; an exceptional feat as no other stallion appears in the rankings for more than one discipline. He is the sire of CCI4* event horses Billy Beware, who has won six international classes and finished sixth at Badminton 2014, his first CCI4*, and Ogustin du Terroir, who was second in the Vairano Nations Cup and fourth in the under-25 CCI3* at Bramham.

Damline - Damsire Darco led the world WBFSH Sire Rankings for four consecutive seasons (2008-2011) and was placed in grands prix, Nations Cups and World Cups himself under Ludo Phillipaerts. Darco is the sire of more than 200 grand prix horses, including Sapphire, Valentina, Winningmood, and Parco, all absolute stars of the show jumping world.