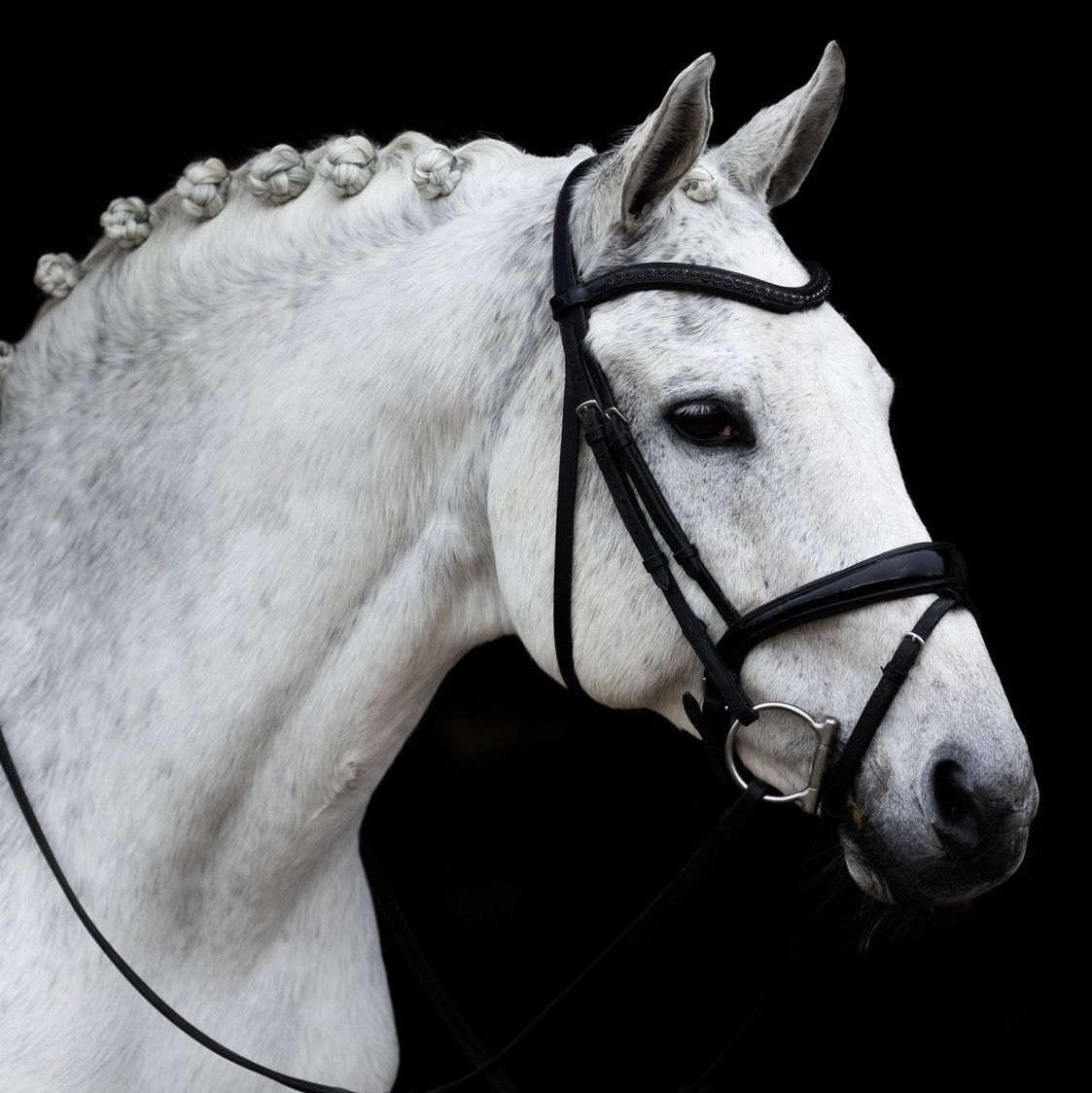 
Terms - €1000+VAT for unlimited attempts with chilled or frozen semen, for one named mare in one breeding season. If the mare is certified not in foal by the end of September, €750+VAT will be refunded.

Please Note: Semen must be ordered by 7.30am.

About - H-Ekwador is a highly interesting stallion for all breeders, and is a new stallion on our roster in 2018. Ekwador is an Olympic grand prix dressage stallion himself, but boasts more than 73% blood thanks to his full-Thoroughbred sire Heraldik, one of the most successful producers of top quality event horses in the world. Furthermore, the stallions in Ekwador's damline include some of the most prolific jumping stallions of all time; Landgraf I, Cor de la Bryere, Aldato and Ramzes.

Ekwador is a powerful, compact horse with a fantastically strong topline, expressive movement and an abundance of cadence and suspension. He is always rideable and trainable, and his piaffe and passage work is excellent.

Performance - Ekwador has enjoyed a hugely successful dressage career, notching up 32 international wins and many more placings, with scores of +77% at grand prix level. He has appeared at three World Cup finals, three successive European championships, the 2010 World Equestrian Games and the 2012 London Olympic Games, finishing in the top 25 individually at two European championships and at WEG.

Sire - Heraldik xx is the sire of eight international CCI4* event horses, including Happy Times, Harry Belafonte, Butts Avedon, Butts Abraxxas and Butts Leon. Happy Times has an outstanding record, with nine completions at CCI4* level, five of those in the top ten, including twice 3rd at Burghley and a 4th at Badminton. He has won and been placed at CIC3* World Cup level, and has represented Australia at the Olympic and World Equestrian Games. Likewise, Butts Abraxxas has finished 4th at Burghley and 2nd at Badminton with Ingrid Klimke. The partnership competed at 6 championships for Germany in a row from 2007 to 2012, winning team gold at the 2008 and 2012 Olympics, as well as the 2011 Europeans. Butts Abraxxas finished in the top 10 at CCI/CIC3* and CCI4* level 20 times. Butts Leon, after an outstanding career at top level with Germany's Andreas Dibowski, including a win at Luhmühlen CCI4* in 2011, was sold to Thailand's Nina Ligon, and took her to the London 2012 Olympics after less than a season together. This is a testament to the temperament and rideability of the offspring of Heraldik, as well as their soundness; Leon competed at FEI level for eleven consecutive seasons.

Damline - Damsire Corofino is from the same damline as the ever-popular Diarado, sire of fantastic eventing and jumping horses, and the prolific stallion Douglas. Corofino jumped at grand prix level, and is a renowned producer of outstanding mares, always passing on his movement, temperament, and ability. His father Corrado was a great international champion, who won the German Championships, the Grand Prix of Aix La Chapelle and many World Cup qualifiers under Franke Sloothaak. Corrado has produced numerous international winners such as Coriano, Cabrio, Clinton, Contango, and Indorado. Corrado is the son of the foundation sire Cor de la Bryere, who carries the valuable blood of Rantzau, out of a daughter of the important Capitol I, father of Cassini, Indoctro and Carthago Z.

The damline has also produced the grand prix jumpers Landjunge and Alcatraz, and the licensed stallions Catcher, Ratibor, Camaro, Cloud, and Cosmo. A huge number of international sport horses descend from this damline, including the CCI5* eventer Mc Claren, who competed at the World Equestrian Games under Sir Mark Todd.

Progeny - Ekwador has only covered a limited number of mares as he has been focused on sport, but his offspring include the licensed stallion Hambacher, and the KWPN-selected Kratos du Jeu, and his oldest offspring are proving to be excellent sport horses across the disciplines. They are beautiful, blood types with movement, jump, and scope. See the video tab for footage of a young H-Ekwador daughter over fences, and a colt foal born in 2015.