A beautiful, modern son of Ampere with huge talent 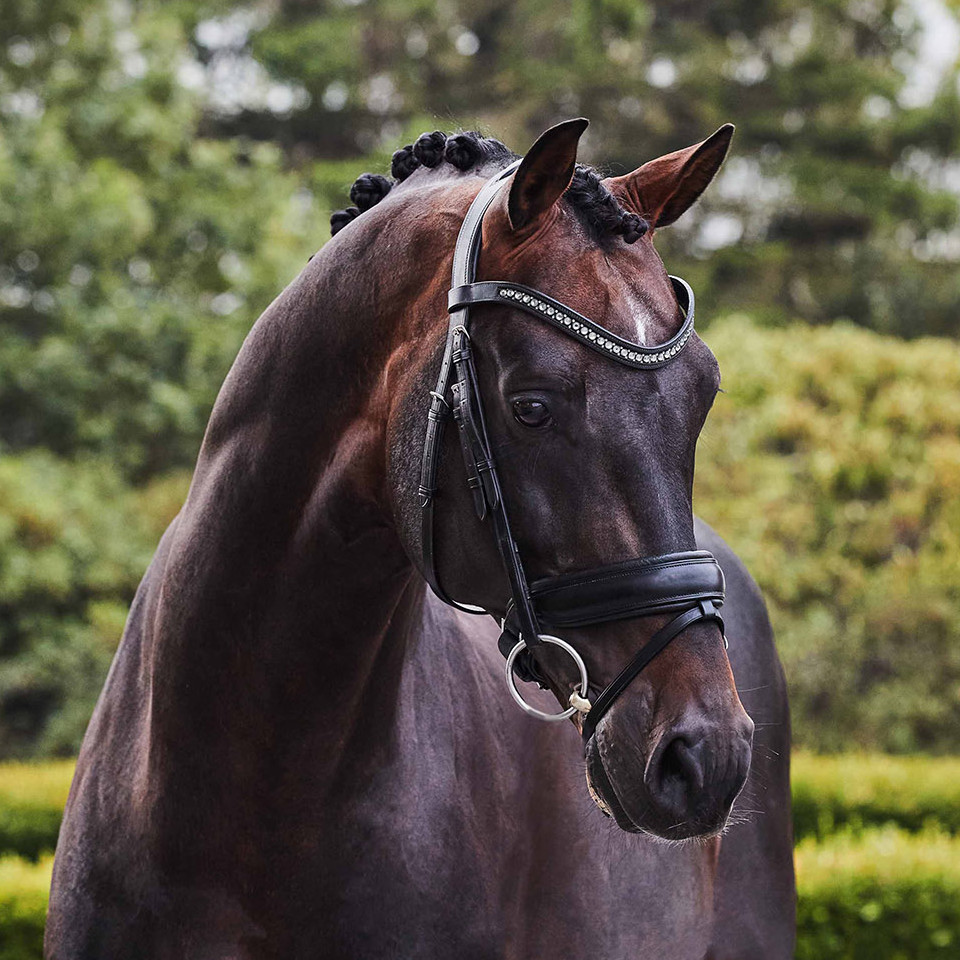 
Terms:  €1600+VAT for unlimited attempts with chilled or frozen semen for one named mare in one breeding season. If the mare is certified not in foal before the end of September, then you get a 50% credit the following year to spend on any stallion from the same stud. If the first AI of the season is 1st July or later, your credit in the event of no-pregnancy is 100%.

About - Franklin is a beautiful, modern stallion who combines trainability with performance. He was described by the presiding committee at his licensing as an "honest, reliable and sensitive stallion who worked willingly for his rider". Franklin is incredibly uphill, with a hindleg showing abundant power, push and spring. He has a phenomenal, powerful canter, which he passes on to his offspring.

Performance - Franklin was the champion of his KWPN licensing, champion of his performance test, and KWPN five-year-old champion. He has been awarded a score of 10 for his trot and 9.5 for his canter, as well as 9 for rideability. At the 2016 World Breeding Championships, Franklin was 6th in the six-year-old qualifier, having placed 9th in the five-year-old qualifier the previous year.

Sire - Franklin's sire Ampere - who is by Rousseau out of a Flemmingh mare - comes from a keur damline and was the winner of his 70-day performance test, including 9 for talent and was praised by the testers as the best horse they had ridden in years. Ampere was also the top priced foal at auction in 2005, selling for €41,000 in Borculo. Ampere is an uphill stallion with powerful paces, which he passed on to Franklin. Ampere's foal report noted that he passed on very good movement and uniform foals from a wide range of mares, meaning that he stamps his stock with his talent.

Damline - Franklin's dam-sire Ferro is a dressage legend who competed at the highest level, including at the Olympics and European Championships under Coby van Balen, and then went on to become one of dressage's major foundation sires. He produced a dressage dynasty, with his most notable offspring being - among others - Negro, Kennedy, Rousseau and Rhodium.

Progeny - Franklin's offspring have inherited his spectacular gaits and great movement, with active hind legs and a strong top line.