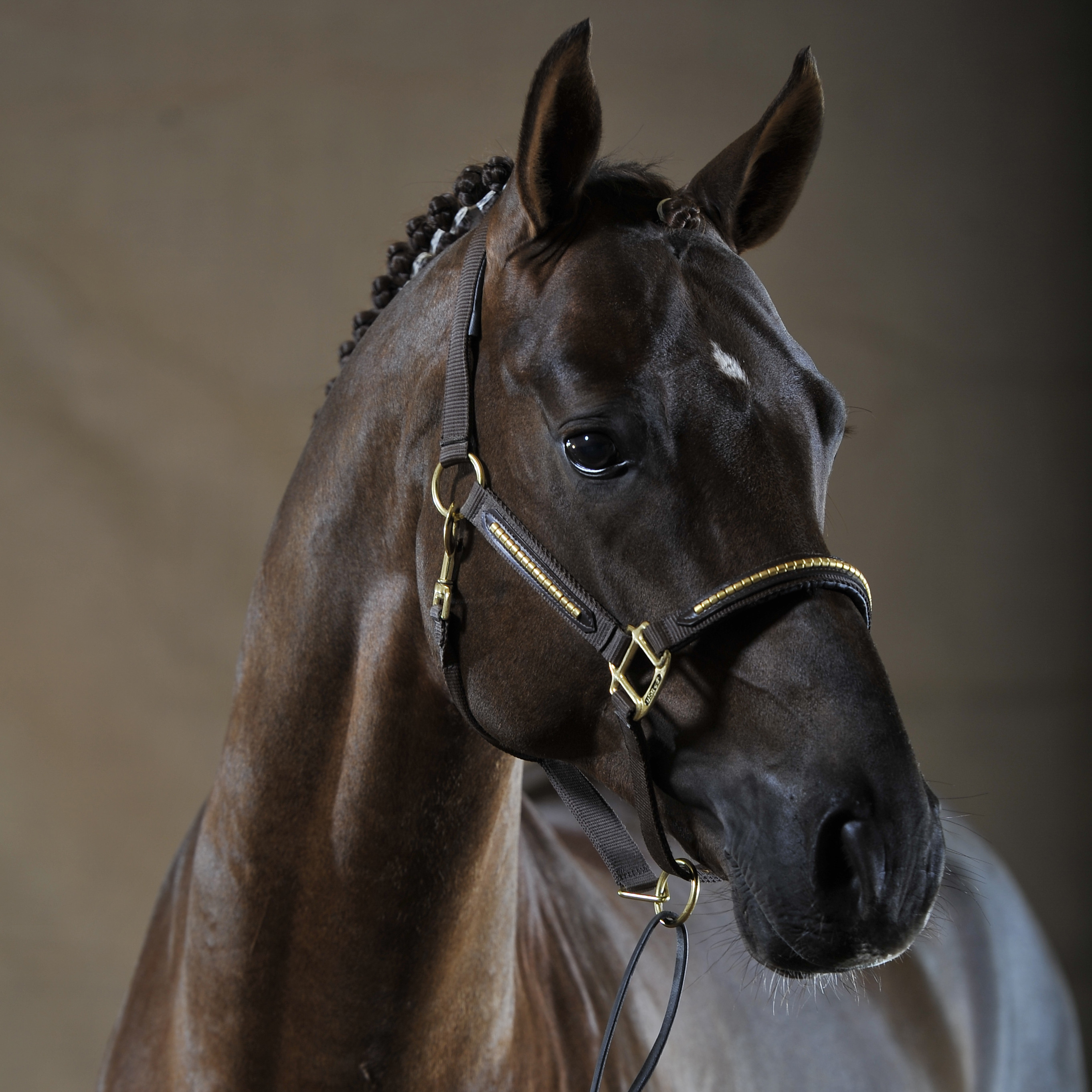 
Terms - €1200+VAT for up to three doses of frozen semen, for one named mare in one breeding season. If the mare is certified not in foal by the end of the September, an €850 plus VAT refund will apply.

About - Flinstone is a beautiful stallion who sold for €560,000 at the 2013 PSI Auction, and is now based in France, where he has been allowed time to develop slowly. He has a superb temperament and outstanding movement; finishing 11th at the Bundeschampionat with very little prior experience.

Sire - The celebrated 2004 NRW Champion Stallion, Fidertanz dominated his 30-day test in Neustadt-Dosse a year later and then took the Vice Champion title at the Bundeschampionat in Warendorf, with a score of 9.5 from the guest rider. In 2006 he was awarded the dressage Hauptprämie in Oldenburg in recognition of his outstanding first foal crop. In 2007, Fidertanz received a score of 8.8 in a qualifier for the Bundeschampionat and thus fulfilled the performance requirements for licensing. He meanwhile won up to Prix St. Georges and competed international grand prix under Antonio Do Vale. Fidertanz's offspring are much sought-after due to their fantastic type, temperament, rideability, and movement.

Damline - Damsire Abanos was the reserve champion of his Oldenburg licensing, and his offspring show a good trot and have sold well at auctions. Abanos competed up to small tour, and his sire Alabaster produced Isabel Werth's grand prix star Apache. Third sire Donnerschlag, who descends from the same damline as Pik Bube I & II, competed successfully up to grand prix before being sold to the USA.

Progeny  - Flinstone's first foals show plenty of height and a beautiful type; they are tall, elegant models with excellent conformation, and they have all inherited their sire's calm and easy character. He is particularly suited to sharp or blood-type mares as he improves the temperament and movement.