A stallion with expectational movement 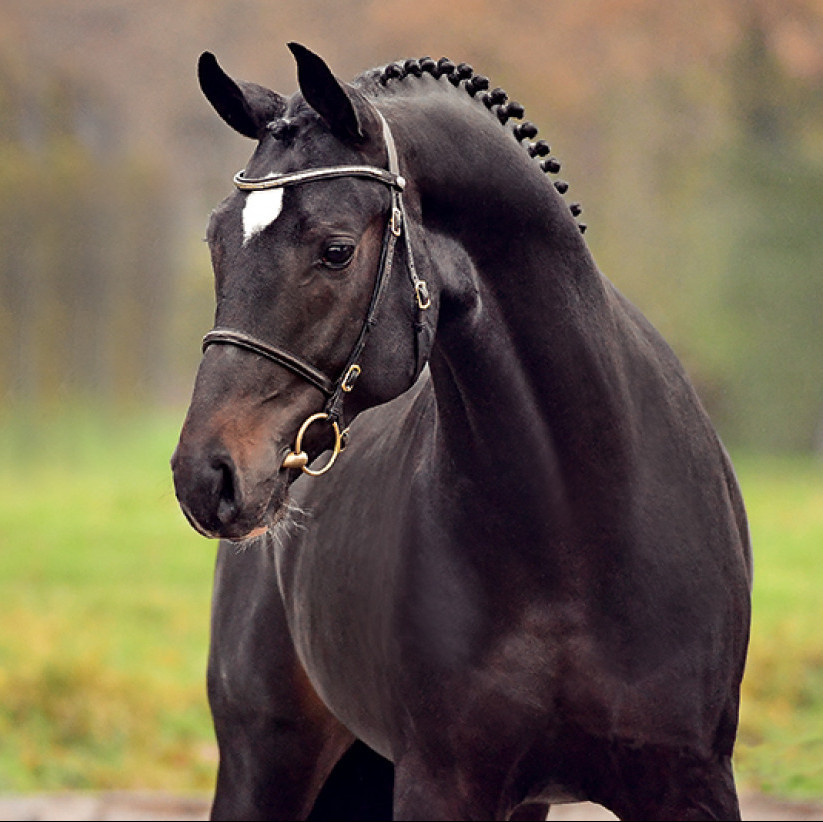 
Terms- €850 +VAT for unlimited attempts with chilled semen on one named mare in one breeding season, if the mare is certified not in foal by the end of September €500 +VAT will be refunded.

About- Fidano belongs to this circle of stallions with high quality movement and impressive rideabilty.
Fidano retained these good qualities and this is how the black stallion performed in front of the grading commission throughout the event:
always convincing, both in-hand and at liberty, and particularly when lunged. The first experiences under saddle have been very promising as well.

Sire-  The stallion Fidertanz has drawn particular attention to himself at the 2004 Handorf stallion grading where he was awarded the champion title. The following year he completed 30-day performance testing at Neustadt upon Dosse with top marks and won vice champion of his age group at the National Championship, where he received a 9.5 from the test rider.

Produced as a dressage horse Fidertanz embarked on a sport horse career with international results to grand prix level with Antonio Do Vale. In Germany, he has sired 42 licensed sons and 128 dressage offspring with results to S level. The most successful Fidertanz son is the licensed stallion Franziskus, successfully shown at international 4*level by Ingrid Klimke.

Damline-  The second dam Baccarat I was crowned Holsteiner champion mare of the 1990 Elmshorn elite mare show. Her offspring include licensed stallions Contiki, Conto and Skyman, as well as Legendär, a Lancer II son successfully shown in dressage to S level.

The damline,  has been reliably bred for generations and is perfectly suited to producing dressage horses, like the stallion My Lord, successfully shown to grand prix dressage level. The damsire Silvano performed to an extraordinary. His track record includes team silver at the 1997 Verden Europeans and eighth place at the 1998 Rome WEG.