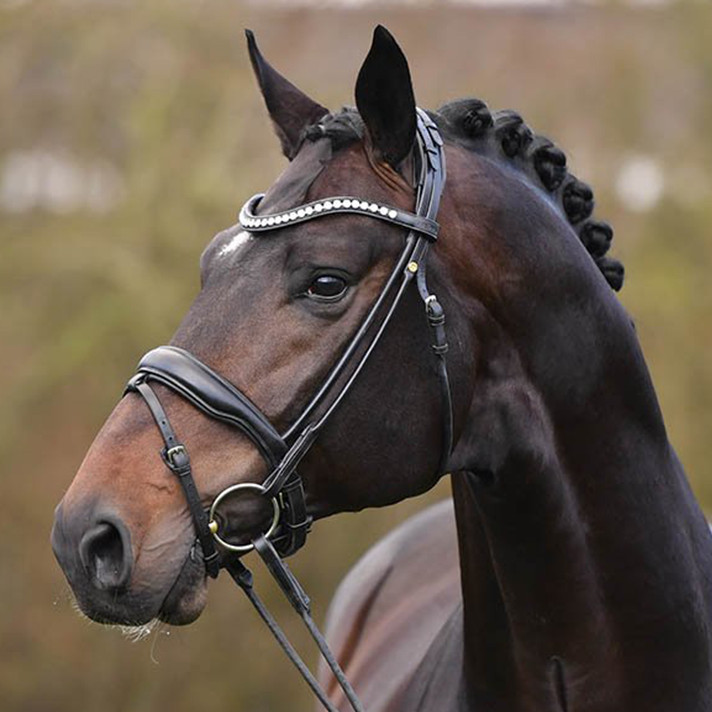 
Terms: €1000+VAT for unlimited attempts with frozen semen for one breeding season.  If the mare is certified not in foal before the end of September then you get a 50% credit the following year to use on any stallion from the same stud. If the first AI of the year was 1st July or later, then the credit in the event of non-pregnancy is 100%.

About & Performance -  Ferrari OLD is a majestic-looking dressage stallion with three extraordinary gaits paired with maximum scoring in rideability. In 2016, Ferrari was Oldenburg riding horse champion for four-year-old stallions. In 2017, he won silver at the WCYH in Ermelo for five-year-old horses with a total dream score of 9.2. Here he received 9.7 in trot and 9.5 for the canter and capacity. Later on that year he achieved a bronze medal in the final at the Danish championship for five-year-old horses with a total score of 8.86.

Sire - The sire, Foundation, was Oldenburg's main premium champion stallion in Vechta 2012 and has meanwhile been successful in international dressage. He proved to be a riding horse and breeding stallion of high class, which is proved through the FN breeding value estimation 2017 (163 points) and on the other hand impressively showed through many victories and high rankings of his offspring on Bundeschampionat level.

Damline - Damsire, Hotline, in 2005 was a champion stallion of the Hanoverian licensing and in 2006 winner in the 70-days performance test in Schlieckau. In 2008, Hotline won the Danish championship for young horses; in 2009 he won the qualification with 9.45 and became a Danish reserve champion. Later on, Hotline was victorious in the international Grand Prix level under Daniel Bachmann Andersen. Several of his offspring are now successful at S level. In the third generation, you find the prominent Sandro Hit, who won the Bundeschampionship and was WCYH champion.