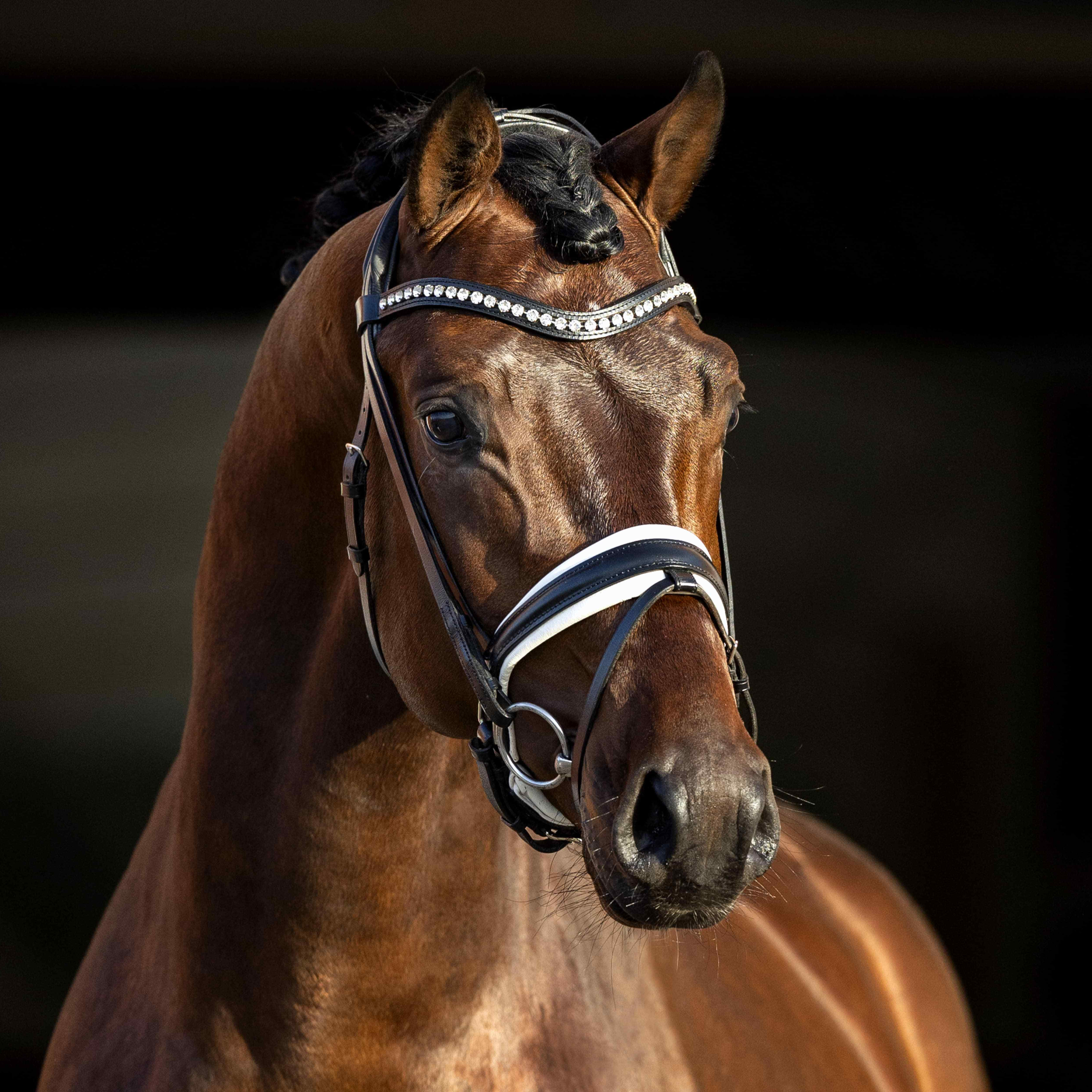 
Terms - €1000+VAT for unlimited attempts with chilled semen on one named mare in one breeding season, if the mare is certified not in foal by the end of September €500+VAT will be refunded.

About & Performance - Blue Hors Feinstar is a son of Blue Hors Farrell, who has Bon'A Parte as his damsire and Landsiger I for damsdamsire. He is the son of the mare Gina-Goldina, whose sire is the stallion Bon'A Parte. This young stallion was bred by German Lars Wenke. At the stallion licensing in the Oldenburger Pferdezuchtverband in Vechta, this stallion was appointed Premium Stallion. He is a modern high quality stallion with an amazing exterior, good movements and bloodlines.

Sire - Farrell was purchased as a premium stallion at the Hannoveraner Verband's 2013 licensing and was subsequently approved as a premium stallion for Danish Warmbloods in 2014. Unfortunately, he sustained a leg injury after that breeding season and was prevented from passing the 35-day test, which meant he could not get his approval renewed for 2015. He successfully recovered and returned as a 4-year-old to pass the 35-day test in autumn 2015 with 856.5 points, including 9 for trot and 9.5 in rideability. As a 6-year-old, Farrell achieved a stellar 90.4 in qualifying for the DRF's dressage championship with Allan Grøn in the saddle. Since then, Nanna Skodborg Merrald has taken over the reins and she is very happy to have Farrell on her team. Nanna and Farrell made their international show debut at the World Cup Vilhelmsborg 2020, taking top placings in Prix St. Georges and Intermediate I. It turned out with an impressive placing as nr. 3 with 74,5%. A few weeks before this, the pair won Intermediate I with 77% at CDIN Solrød

Damline - The damsire Bon'A Parte is by Johnson and Burggraaf - and despite his Dutch upbringing, he has actually mostly been active in both his breeding and sports career in Denmark. Under his Danish owner and rider, Helle Marie Simonsen Jørgensen, Bon'A Parte has placements in up to Prix St. Georges at A-level, making him an S-horse in dressage. Bon'A Parte and Helle already made a name for themselves in Bon'A Parte's time as a young stallion, where in 2012 he was number 3 in the Danish Riding Federation's qualifier for the 6-year-old's championship at Sportsrideklubben Vallensbæk, just like he also has placements from Blue Hors Dressage Festival in both 2013 and 2015.
The dams damsire of this premium stallion is Landsieger I, who comes out of a double-gifted jumping pedigree. Landsieger I himself was active in showjumping, just as 53 of his offspring, who are registered as competition horses in 1.60m. Four offspring are registered as having competed in Grand Prix dressage and 1 offspring is registered in CCI3 * -eventing. Damsdamsdam Goldblatt is the mother of the approved stallion Feiner Stern, who is the father of almost 400 registered offspring, of which 14 of the stallion's registered sons have achieved approval - including the triple dressage championship winner and A-stallion in dressage; Feinbrand.