A striking young pony who was champion stallion in his licensing. 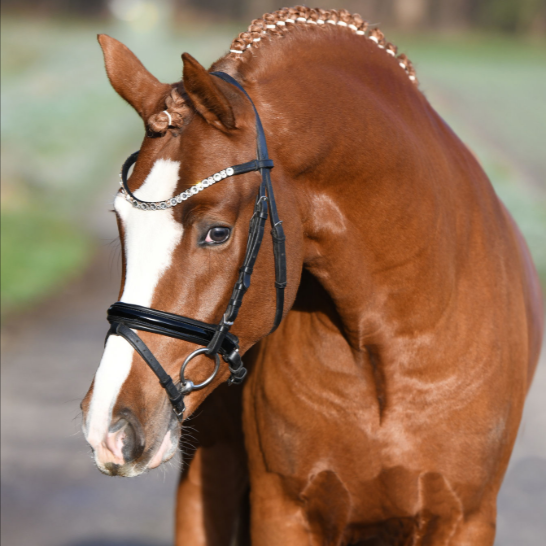 
Terms - €700 + VAT, allowing unlimited attempts on one named mare during one breeding season. If the mare is certified not in foal before the end of September, €350 + VAT will be refunded

About  - He lives up to his name, FS Next Diamond is a very special stallion which we are excited to be able to offer. Unbelievably well presented and equipped with very good movement mechanics, FS Next Diamond presented itself at the licensing in Wickrath and was deservedly licensed as the champion stallion. With FS Numero Uno , FS Don't Worry and FS Champion de Luxe, FS Next Diamond directly combines the absolute top sires of our station from the past 30 years. Cross-generational performance breeding in a nutshell - that's FS Next Diamond !

Performance - He was awarded champion stallion at his licensing in 2019, receiving emormous praise from both the crowd and judges. FS Next Diamond was able to meet the high expectations in terms of sport in its first tournament season in 2020. In addition to victories and high placements in riding pony tests, the final highlight was the title of Vice Bundeschampion in Warendorf!

Sire - His father FS Numero Uno  was the winner of his licensing in 2011 at Wickrathberg, winner of the NRW Championships in 2013 and 2013, and winner of the Bundeschampionat on a score of 9.5. He has already proven with various offspring what outstanding quality his offspring has.

Damline -  His damline is exceptional with the damsire Don't Worry who was the reserve champion of his Riding Pony Stallion grading in Aachen, winner of the NRW Championships in 1998 and 1999 (scoring six 10s), winner of the Rhenish Reitponychampionates 1998 and 1999, and winner of his performance test in Münster-Handorf. He won dressage classes up to intermediate I level and has led the pony sire rankings for many years. He scored +78% to win an international pony class at Saumur.