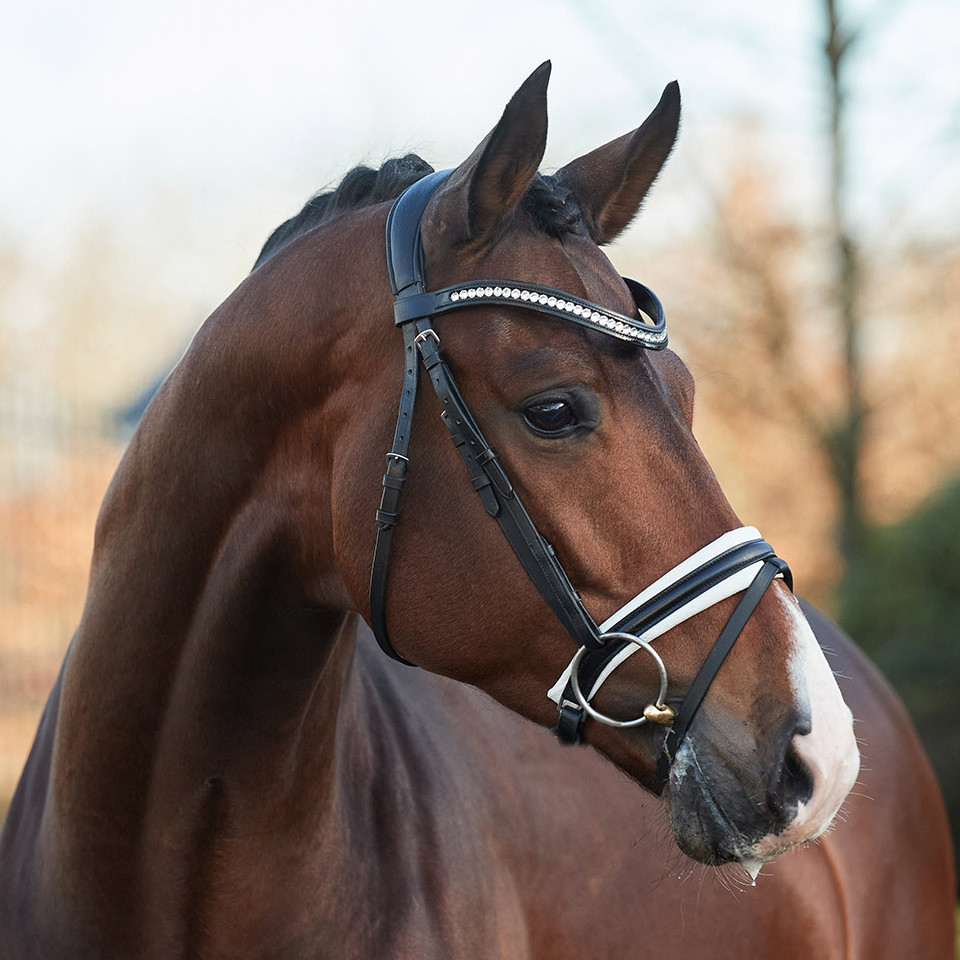 
Terms: €1600+VAT for unlimited attempts with chilled semen for one breeding season.  If the mare is certified not in foal before the end of September then you get a 50% credit the following year. If the first AI of the year was 1st July or later, then the credit in the event of non-pregnancy is 100%.

About & Performance - Hesselhøj Downtown, ridden by his breeders son, won the selection for the Danish four-year-old Championships with an incredible 98 percent. The judges awarded 10 for canter and potential, 9.8 for walk, 9.7 for trot and 9.5 for rideability. In 2019, after his licensing in Herning/DEN, he passed his stallion performance test with uniformly good scores.

Sire - His sire Hesselhøj Donkey Boy, who stands at the same stud as his son, started his career in 2015 as premium stallion of the Danish stallion licensing and won his stallion performance test with 889.5 points. In 2016, he was Champion Stallion in the four-year-old class in Herning/DEN and won the Young Horse Championships with a final score of 9.6. He defended this title the following year with the final score of 9.96. He also secured the bronze medal at the World Championships for Young Dressage Horses in Ermelo/NED. In 2018, as a six-year-old, he was placed again at the World Championships, and then in 2019, as a seven-year-old, he won the silver medal. He also defended his title at the Danish Championships for six and seven-year-olds. In 2020, he won St. Georges and Inter I competitions with scores of over 75 percent and was named Elite Stallion at the licensing in Herning. His offspring are already successful in young horse competitions. From his first crops of foals, he produced several licensed stallions.

Damline - His dam Boogie Woogie completed her mare performance test with high scores and won the silver medal at the Elite Mare Show in Denmark. His dam's sire Zack was placed tenth individually at the World Equestrian Games in Tryon and was highly placed in the World Cup finals in Gothenburg and Paris and came fifth with the Danish team at the European Championships in Rotterdam. He has produced over 30 licensed stallions, including the triple World Champion Sezuan and the Team Vice European Champion Glock’s Zonik and Edward.