A dual-purpose sire and proven producer of grand prix horses 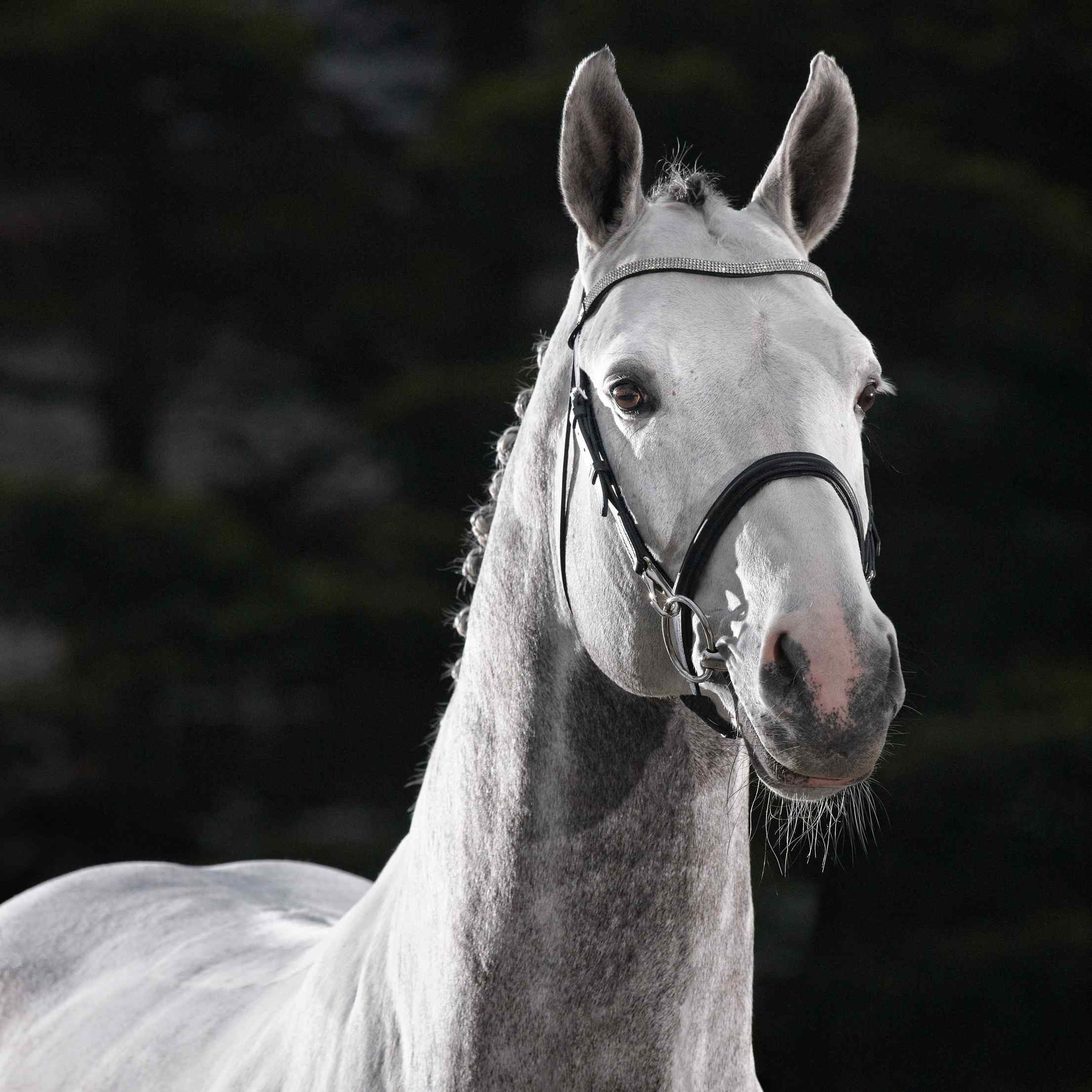 
Terms - €1500+VAT for unlimited attempts with chilled semen, for one named mare in one breeding season. If the mare is certified not in foal by the end of September, €1200+VAT will be refunded.

About - Cristallo is a dual-purpose stallion, who has sired horses successful in both jumping and dressage. He is a strong, powerful horse with excellent conformation and a well-connected top line.

Performance - Cristallo jumped internationally up to 1.50m level before injury forced the end of his competitive career. During his time under Sweden's Henrik von Eckermann, he was second in the Westphalian Wappen and placed twice at the National German Championships.

Sire - Cornet Obolensky competed in the 2008 Olympics at the young age of nine. He is a foundation stallion in the breeding of modern jumping horses, and is currently ranked third in the 2016 WBFSH Sire Rankings. The total earnings of his offspring, including former World Number One Cornet D'Amour, Cornado NRW, Cornet's Cristallo, Cocoshynsky, Cornetto King, and Comme Il Faut, are over €3.7 million. The Clinton/Heartbreaker cross is a proven formula that has produced multiple grand prix jumpers including Cordess and Consul DL Vie Z, and 18 licensed stallions.

Damline - The dam Cassie also produced Cristallo's full brother Cristallo II, who has also jumped up to 1.50m internationally, and a sister by Argentinus who has produced an international jumping mare and several promising young horses. Damsire Cassini I is a hugely influential son of Capitol I. He has produced 140 grand prix offspring, and 144 licensed sons, including Cheers Cassini, Connaught, Caressini L, Quite Cassini, and Michael Whitaker's grand prix winner and team horse Cassionato. This damline has also produced the licensed stallions Pocalino and Cornet Colbert.

Progeny - Cristallo's daughter Cristalline finished 10th in the 2016 World Cup Final in Gothenburg as just an eight-year-old. She has been placed in several world rankings classes, including fourth in the Wellington and seventh in the Kentucky World Cup qualifiers in 2016. His son Castello won the grand prix of Rastede, and his other top level jumping offspring include Charmeur, Cristobar, Casablanca, Camira, Cristofin, and Crystal Chloe. In addition, his daughter Cara Mia RCF competed at the World Young Horse Championships for dressage in 2016.