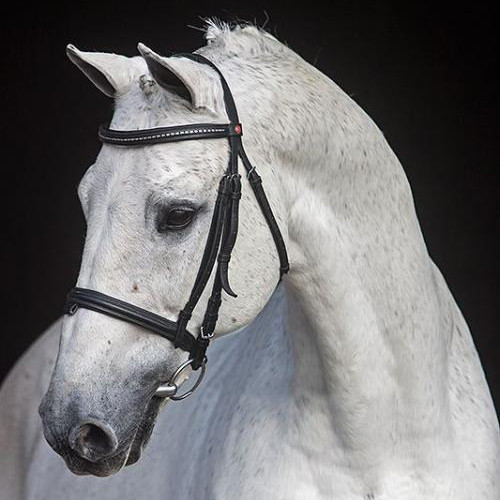 
Terms - €1250+VAT for unlimited attempts with frozen semen, for one named mare in one breeding season. If the mare is certified not in foal by the end of September, €950 + VAT will be refunded.

About - Corland was a unique stallion, who succesfully combined breeding alongside a very good international career, a feat that many stallions struggle with. Owner Wiebe van de Lageweg says: "He had a great temperament for sport: he always thought with his rider, and he had a big heart. He was an economical jumper, so he never left much air between his legs and the jumps. Actually, the way he jumped a 1.20m fence was the same way he later jumped a 1.60m fence, but he never touched the wood. He was very careful and always wanted to jump. The same is true for his 2 offspring: they always have more scope than they first show, and they have a great attitude. I've always said, ‘A blind rider could jump a course on him'". Corland sadly passed away in early 2017 but is still available frozen.

Performance - Corland had an impressive career under W.J. van der Schans, placing in grands prix in Rotterdam, Oslo, Den Bosch, Bordeaux, Maastricht, Helsinki, Zuidlaren, La Baule and Calgary. He also was Champion of the Benelux in The Hague, seventh in the World Cup of Verona and second in The Sires of the World in Lanaken. At the European Championship, Corland proved to all that he belongs in the category of the best in the world. He won both qualifiers and had the best results of the first-round competition, with the fastest clear round in the qualifying speed class; in the finals, he was 9th.

Sire - Corland is from one of the last crops of the foundation sire Cor de la Bryère, and there are very few stallions still standing today who offer Cor de la Bryère so close in the pedigree. His name is found in the pedigrees of countless top sports horses, and he is a stallion that revolutionised modern breeding. By the Thoroughbred Rantzau, who was a successful racehorse before retiring to stud, Cor de la Bryère has over 100 licensed sons including Calypso, Cavalier Royale, Calando, Caletto, Corrado, and Cordalmé Z.

Damline - Damsire Landgraf I is another foundation sire, and was named 'Stallion of the Century'. He is by the Thoroughbred, Ladykiller, who is also the sire of the well-known stallion Lord, in addition to more than 30 other licensed sons. Landgraf I himself has an amazing 158 licensed sons and numerous grand prix offspring. His dam is from one of the best Holstein breeding lines, #104, which is the same line as the famous mare Retina, who won the the Hamburg Derby twice.

Progeny - A huge number of Corland offspring are competing international at grand prix. One of the most famous is the mare Silvana, who won team silver medals at the Kentucky World Equestrian Games and the Madrid European Champion winning the Silver medal at the World Championships in Kentucky and the European Championship of Madrind. She has won World Cup qualifiers at Stuttgart and Bordeaux, was third in the Rolex Top Ten Final, jumped at the London Olympic Games and won the Paris GCT grand prix. Corland has 32 licensed sons and over 75 sons and daughters jumping at grand prix level.