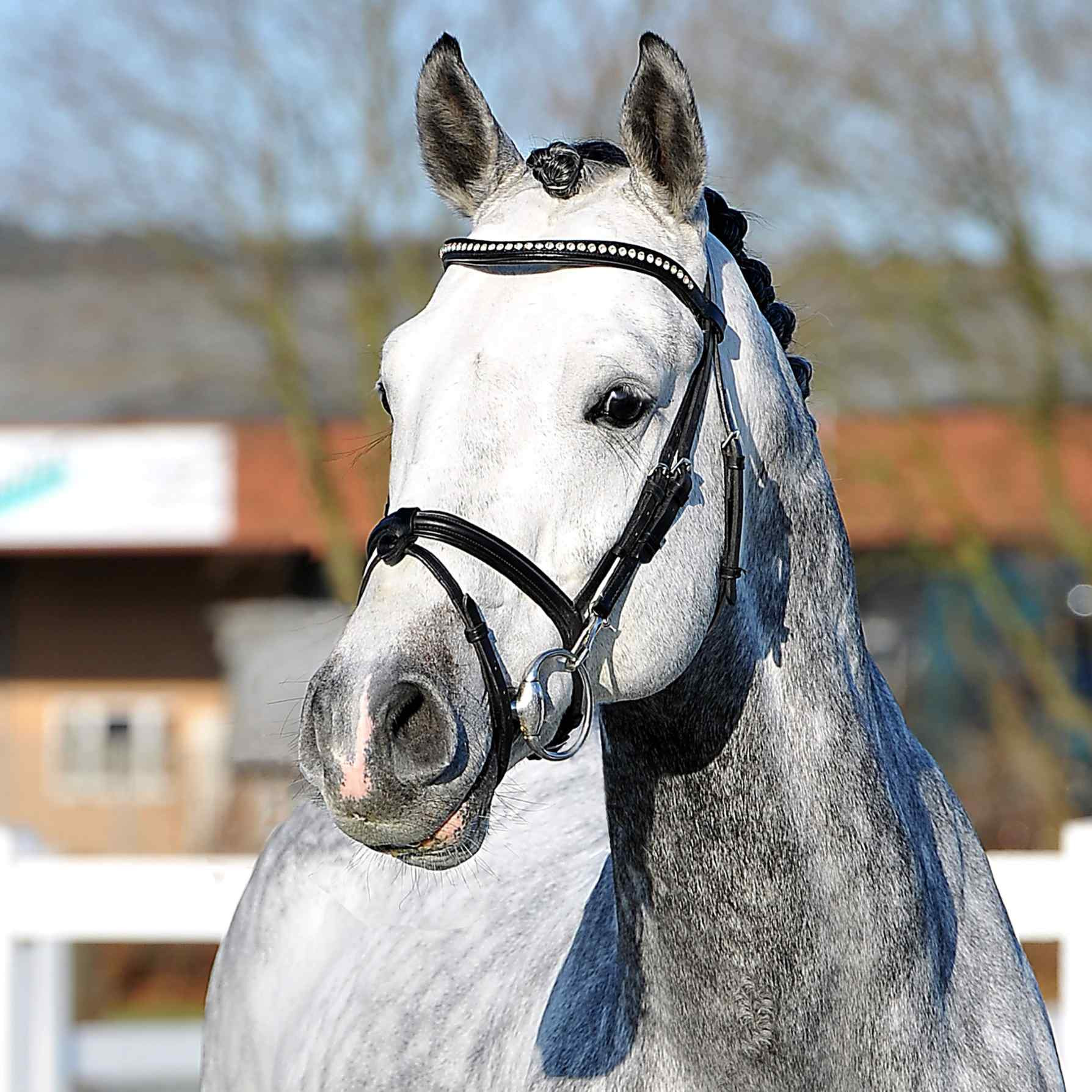 
Terms - €1200+VAT for unlimited attempts with chilled semen, for one named mare in one breeding season. If the mare is certified not in foal by the end of September, €950+VAT will be refunded.

About - Cordess is an exciting stallion both for sport and breeding, who is bred along the same Clinton/Heartbreaker lines as the older, more well-known stallions Cornet Obolensky and Utrillo van de Heffinck.

About - In 2011 and 2012 Cordess won qualifiers for the Bundeschampionat, but was not eligible to attend the final due his being KWPN.  Through 2013 he won and was placed in age classes, and in Leipzig in 2014 he was placed in 1.40m eight-year-old age classes. Later that same season he jumped in the Shanghai and Estoril GCT grands prix, finishing inside the top 20 in both big classes - a sensational result for an eight-year-old. He has also jumped successfully in World Cup qualifiers and already in 2017 has been placed in a 1.50m class in Neustadt-Dosse.

Sire - Sire Clinton is a grandson of the great Cor de la Bryère via his influential son Corrado I. Cordess is bred on the same golden Clinton/Heartbreaker cross that produced Cornet Obolensky, Utrillo van de Heffinck and many other grand prix offspring - in total, Clinton has produced 70 grand prix jumping horses and over 60 licensed sons. In his own competitive career under Dirk Demeersman, Clinton was second in the Aachen grand prix, fourth in the Rome grand prix and competed at the 2004 Athens Olympic Games. Clinton's full sister MS Franziska is the dam of grand prix jumper and licensed stallion Contact Van De Heffinck, while other mares from the same dam have also produced licensed sons and grand prix jumpers.

Damline - The famous dam line of Freiminka produced a number of extraordinary horses such as the internationally successful show jumpers Marius (the sire of Milton), Palermo, Warrant, Ego and Limminka. The great grand-dam of World Champion dressage legend Totilas, Wominka, is the full sister of Cordess' great grand-dam, Usminka. They are by the Thoroughbred stallion Pericles xx, who was awarded preferent status.

Progeny - Cordess already has two licensed sons, and his oldest offspring turned four in 2017. They are reported to be extremely rideable with excellent temperaments, having inherited Cordess' immaculate technique, and will be appearing in young horse classes this season.