A superb Converter son with an outstanding temperament 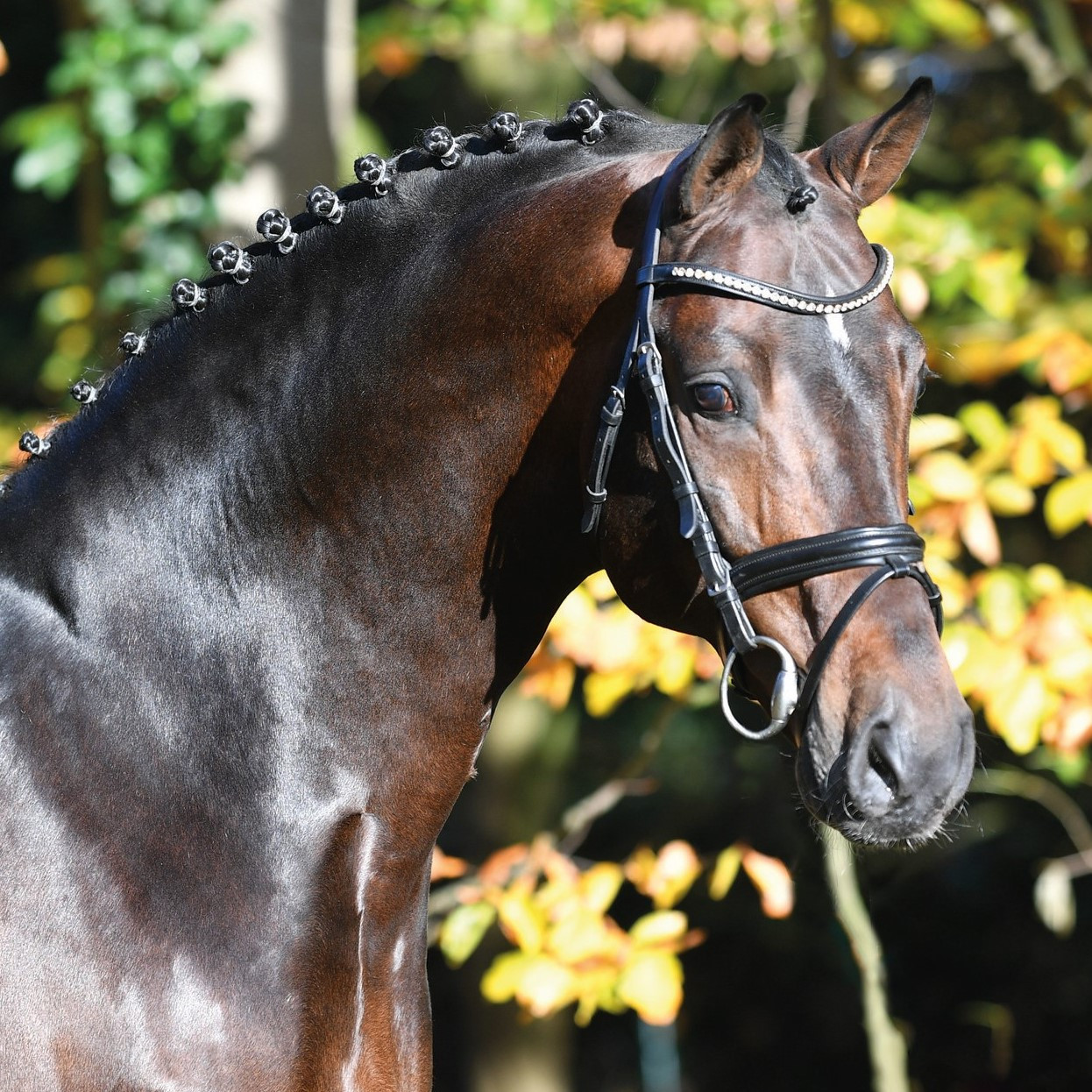 
Terms  - €2500+VAT, allowing unlimited attempts with chilled or frozen semen, for one named mare in one breeding season. If the mare is certified not pregnant before the end of September then a 50% credit applies to spend on a Schockemoehle / Helgstrand covering the following year. If the first AI of the year is July 1st or later, the credit the following year is 100%.

Please note: Schockemöhle prioritise mares on site in Germany for chilled semen from their stallions, so popular stallions may be unavailable in the peak of the season with no notice. We advise that you also have a second-choice stallion in mind also standing at Schockemöhle, in case your first-choice stallion cannot be supplied.

About - Conthargos is a tall, large-framed stallion with boundless scope and ability. A natural athlete, Conthargos jumped with superior ease, technique and willingness and passes all of this onto his offspring. In 2008, he was the easy winner of the strong Dobrock tournament with a score of 9.5, and effortlessly qualified for the Bundeschampionat.

Sire - Converter I won more than 20 show jumping classes up to intermediate level, with marks up to 9.0. He was Oldenburg regional champion in 2005, was placed at the national championships and was second best show jumping stallion at the World Championships in Lanaken. He has produced several grand prix offspring, among them Newton Abbot, winner of the La Baule GP and member of several Nations Cup teams for Sweden. He is also the sire of a number of successful event horses at CCI2* level.

Damline - Damsire Carthago Z was the most influential son of the foundation sire Capitol I. He jumped in two Olympic Games with Jos Lansink, finishing 11th individually at Atlanta in 1996, jumped on winning Nations Cup teams in Rotterdam, Aachen and La Baule, and won numerous grands prix all over the globe. He has over 100 licensed sons, and over 150 offspring jumping at grand prix level. His progeny include Old Chap Tame, Mylord Carthago, Davos, Cappucino, Cash 63 and Coltaire Z. He is also the sire of a CCI4* eventer in Cadoc Z.

Conthargos' dam Cajandra Z has been an outstanding broodmare, producing a further ten offspring all jumping at 1.30m level and above, including the full brother of Conthargos, Afrika, who has jumped internationally at 1.55m. Part Of Me, Balandro and L'Escale are all grand prix jumping horses also descended from this mother line.

Progeny - Conthargos is an out and out producer of top level showjumpers with an exceptionally high proportion competing internationally. The oldest offspring now showing talent in 1.60m clases. He really stamps his offspring; they are tall, strong horses, very athletic and with exceptional rideability and trainability.