Impressive stallion who was Champion of his licensing. 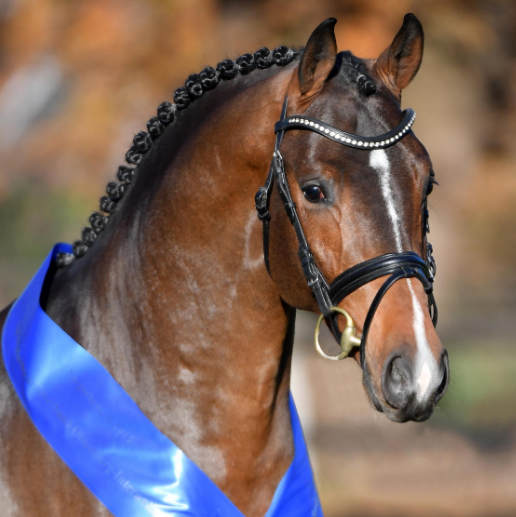 
Terms  - €1200+VAT, allowing unlimited attempts with chilled or frozen semen, for one named mare in one breeding season. If the mare is certified not pregnant before the end of September then a 50% credit applies to spend on a Schockemoehle / Helgstrand covering the following year. If the first AI of the year is July 1st or later, the credit the following year is 100%.

Please note: Schockemöhle prioritise mares on site in Germany for chilled semen from their stallions, so popular stallions may be unavailable in the peak of the season with no notice. We advise that you also have a second-choice stallion in mind also standing at Schockemöhle, in case your first-choice stallion cannot be supplied.

About & Performance -  Conthalou was the acclaimed Champion Stallion of the Oldenburg show-jumping OS licensing. "This young stallion is very well presented and modern in type. He impressed us with his accurate jumping, fast reactions in front and plenty of scope. This son of Conthargos is a prime example of well-bred and sport-successful dam lines. He won everyone over with his characteristics and is a worthy champion stallion today", enthused the Oldenburg's Breeding Director Wolfgang Schulze-Schleppinghoff.

Sire - His sire Conthargos, has produced numerous top sport horse, including Concona/Ben Maher/GBR, Nations Cup winner, Conthinder/Andrzej Oplatek/POL, Champion in Salzburg/AUT, as well as Conbelleza/Simon Delestre/FRA, Pia Contra/Nicolas Pizarro/MEX and Conbalou/Gert-Jan Bruggink/NED etc.  In 2008, he was the easy winner of the strong Dobrock tournament with a score of 9.5, and effortlessly qualified for the Bundeschampionat. He was Oldenburg regional champion in 2005, was placed at the national championships and was second best show jumping stallion at the World Championships in Lanaken.

Damline - His grand-dam Chaccos-Lüd is the full sister of the two premium stallions Chacco’s Son I and II (both by Chacco-Blue). In 2018 and 2019, Chacco's Son I was part of the victorious German Nations' Cup team at the CHIO in Aachen with Maurice Tebbel. In 2015, Chacco's Son II was winner of the Oldenburg main premium and the two following years, competed in the final of the German Championships. Chacco's-Lüd produced Corydon van T&L (by Cornado NRW)/Ferdeic Vernaet/BEL, OS Reserve Champion and successful in 1.40m show-jumping competitions.