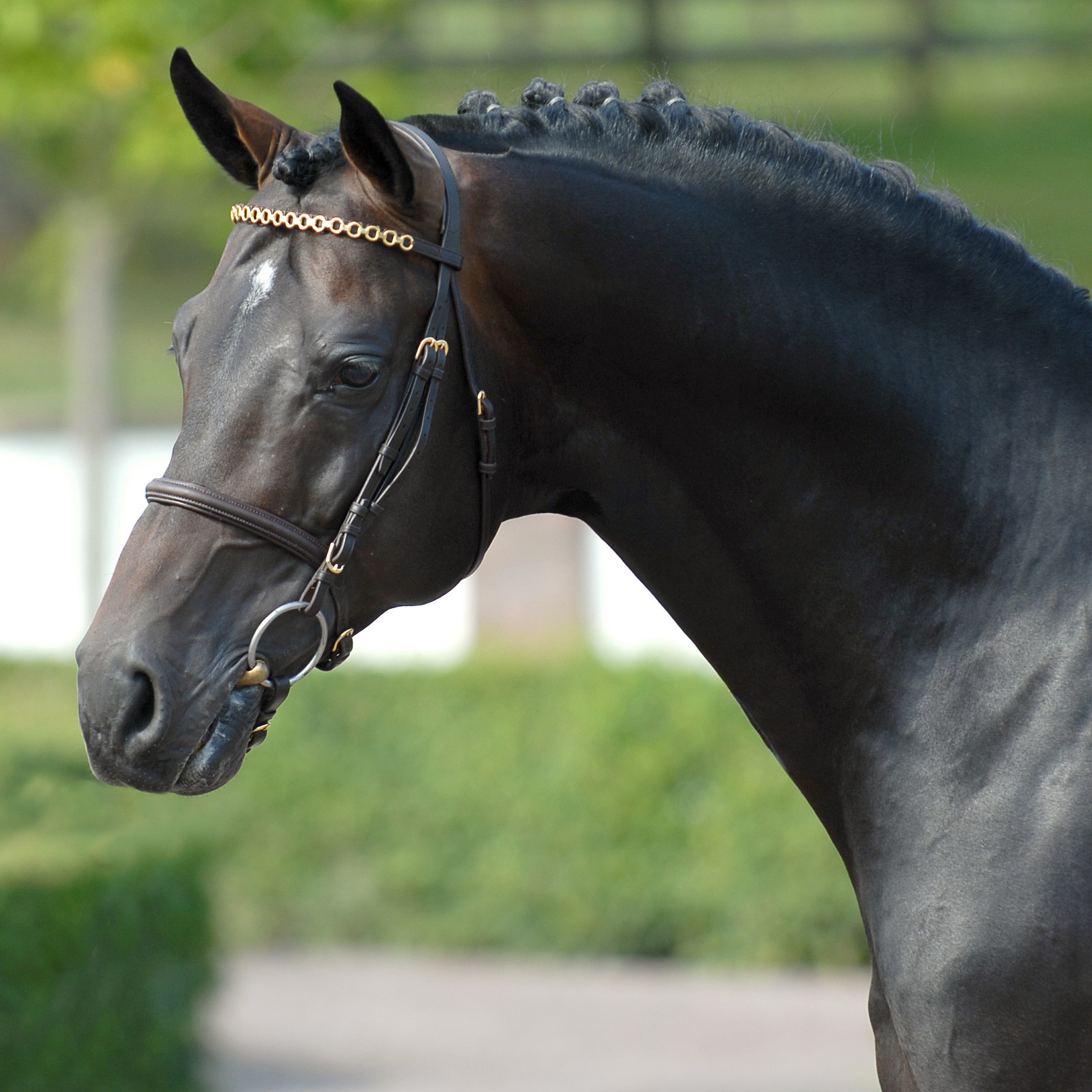 
Terms - €1850+VAT for unlimited attempts with chilled or frozen semen, on one named mare for one breeding season. If the mare is certified not in foal by the 30th September, then €1500+VAT will be refunded.

Please note Contendro is collected on Mondays, Wednesdays and Fridays only.

About - Contendro is the top-ranked sire for eventing in the WBFSH Sire Rankings for the fifth time in 2019 he is also ranked 25 for show jumping. He is a versatile sire with an excellent temperament, who passes on his good brain, rideability and type.

Performance - Contendro won a premium at the 1999 Holstein licensing, and was champion of his performance test in 2000. He was placed in the 4yr old National Championships, and qualified for the 5yr old Bundeschampionat, but since then his breeding career has meant that he performs rarely. His full brother Contendro II has jumped up to grand prix and is also a licensed stallion.

Sire - Sire Contender won the 1987 Adelheidsdorf stallion performance test with a jumping index of 146.6. He went on to be the reserve Hauptprämie winner in Oldenburg on the basis of his excellent first crop of foals. He has 127 licensed sons and 498 offspring competing in sport; 25 of his licensed sons also jumped at grand prix. Among them are Montender (German Champion, double bronze medallist at the Athens Olympic Games and double gold medallist at the 2005 European Championships), Colore, Catwalk van de Helle, Chellano Z and Con Air.

Progeny - Contendro has produced offspring competing at the highest level in all three disciplines; he has 47 grand prix showjumping offspring, and CCI4* eventer NZB Campino and grand prix dressage horses Chagall, Chopin, Catch You and Amichelli are all Contendro sons. Codex One and NZB Campino both competed at the Olympics in showjumping and eventing respectively.  In 2012, his daughter, Corona won the 5-year-old Bundeschampionat, while Hello Annie has won almost €120,000 on the GCT tour.