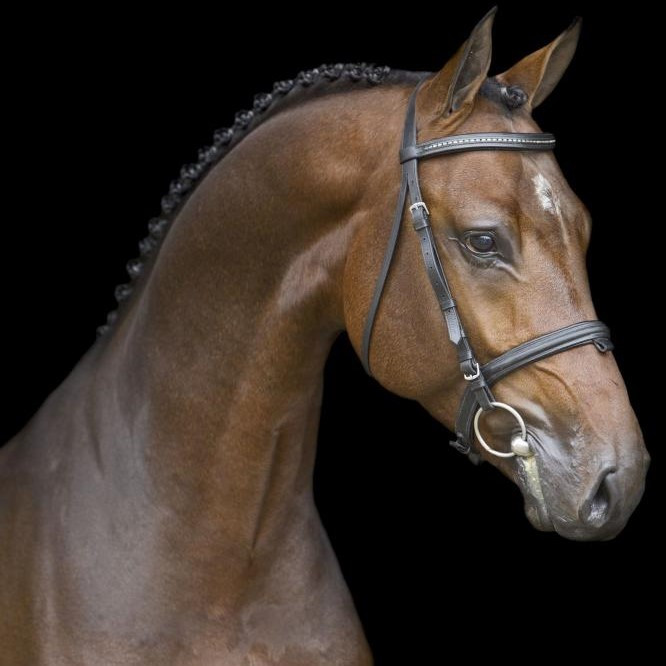 
Terms:  €1000+VAT for unlimited attempts with frozen and chilled semen, for one named mare in one breeding season. If the mare is certified not in foal by the end of September, €700+VAT will be refunded.

Chilled semen will be available around his competition schedule.

About & Performance - Comthago unites the genes of show jumping phenomenon Comme Il Faut with a performance dam line from Holstein. With Comme Il Faut, Carthago, Caretino, Constant and Roman all in a line, Comthago has the complete package of genes to succeed in both sport and breeding. Comthago himself seems to combine all the assets from his pedigree: he has the appearance, the gallop and looseness of a modern jumping horse. He jumps with scope, take off, a good bascule and he is careful. Convincingly, Comthago finished as the reserve champion of the stallion approvals in Mecklenburg. As a 5 year old he made his first international starts and he impressed, for example with his round in the stallion competition in Zuidbroek

Sire - Comme Il Faut, competes at the very highest level with Marcus Ehning, who is a son of the world-class sire Cornet Obolensky, who at a young age is already among world’s best showjumping producers. Genetically, Comme Il Faut may even become more interesting than his sire, since Comme Il Faut’s dam is the legendary mare Ratina Z. Additionally; Comme Il Faut has won the World Cup of Madrid and the Grand Prix competitions of Vienna and Paderborn. Comthago’s grand sire Carthago brings in unlimited scope - himself competing at two Olympic Games with Jos Lansink, Atlanta and Sydney. In breeding, Carthago is among the best, just like great-grand sire Caretino who is still represented by his offspring in the most prestigious arenas. Constant and Roman also jumped at the highest level.