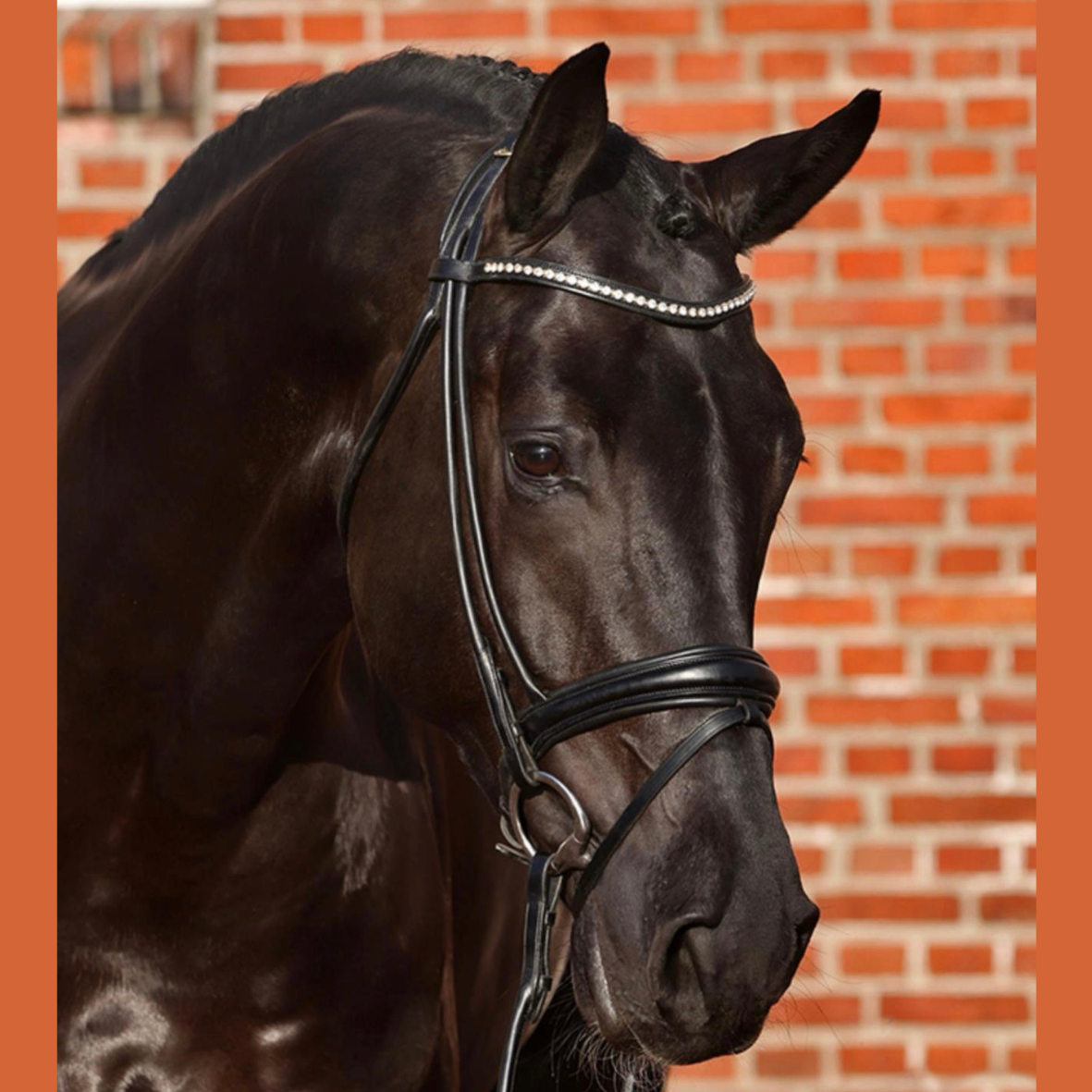 
Terms -  €800 + VAT for unlimited attempts with chilled semen on one named mare during one breeding season. If the mare is certified not in foal by 30th September, a 100% credit applies the following season for any stallion from the same stud.

About & Performance -  Comanchero, by Comme Prévu, is a large framed and powerful stallion who was licensed at the 2021 Oldenburg Stallion Days.

Sire -  In 2015, Comme Prévu was named the premium stallion of the Westphalian main licensing. He completed his 50-day test in Adelheidsdorf in November 2016 as the best three-year-old with an overall  mark of 9.50. At his first test he won a jumping class with a score of 8.6a and impresses with a great attitude and rideability as well as excellent jumping ability.

With a victory in the qualification stage in Hagen in June 2018, Comme Prévu qualified for the Federal Championship of the five-year-old show jumping. Comme Prévu ranked sixth in the first qualifying stage at the Bundeschampionat, with another great round he was able to place in the grand finale. At the World Championships of Five-Year-Old Jumping Horses in Lanaken, Comme Prévu showed his whole class. He won both qualifiers and placed 12th in the final, this made him the best German stallion.

The crowning glory of an outstanding year in 2018 was the award as the main prize winner of the Jumping Horse Breeding Association Oldenburg-International. Comme Prévu impressed not only with his sporting achievements, but also with his first foal. He is a "prime example of modern show jumping horse breeding", according to the Oldenburg breeding manager Dr. Wolfgang Schulze-Schleppinghoff.

Comme Prévu won his first competition in 2019, which was followed by many other placements in other competitions as well as qualifying for the Federal Championships of the six year old show jumpers. In 2020 he placed himself on the international stage, at the CSI in Kronenberg. In 2021, placements at S-level followed.

Damline - Comanchero's dam, St.Pr./El.St. Lady Heida II out of Landor S, is Gerd Sosath's most successful broodmare. In the mare performance test she was awarded a 10 and she is the full sister to the national winner mare St.Pr./El.St. Lady Heida I. St.Pr./El.St. Heida II is the mother to multiple successful offspring, two of which, Cador and Cadora are very successful show jumpers. Cadora, who is ridden under Janne Sosath-Hahn have placed in many of their recent competitions. Another daughter of St.Pr./El.St. Heida II is Lady Cadora who was the winning mare of 2014 Jumping Horse Breeding Association Oldenburg-International and the 2017 Vice State Champion.  In addition, Lady Heida II is the mother of the licensed stallions Diamant de Landor by Diamant de Semilly and Calandor by Casalido.

On his mother's side, the modern stallion goes back to the proven Furioso II blood via the top sires Landor S (father of numerous nationally and internationally successful show jumping horses) and Contender (Holstein jumping horse sires).