A beautiful, modern Hanoverian with talent for dressage and jumping 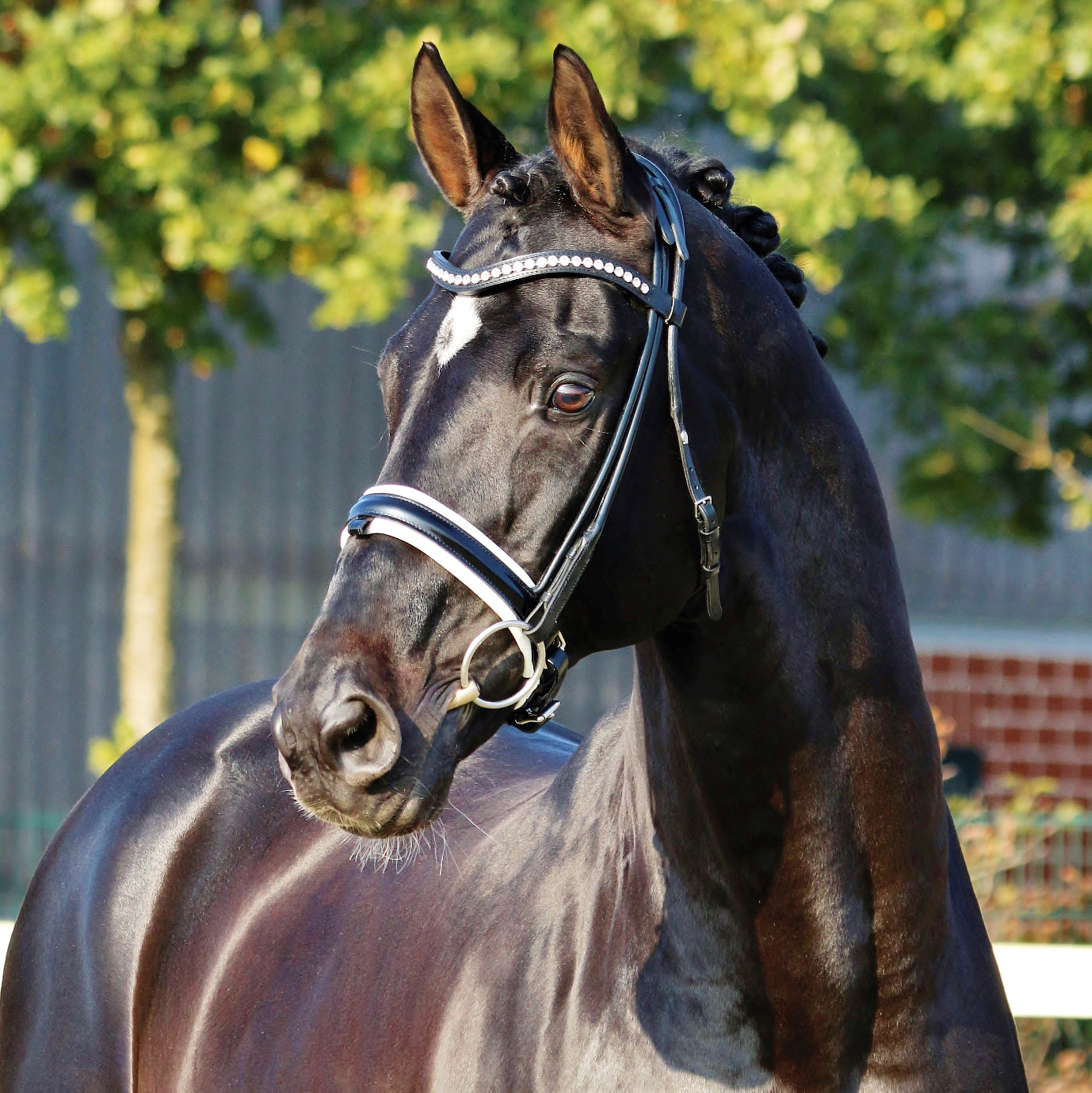 
Terms: €1000 + VAT for unlimited attempts with chilled semen on one named mare for one breeding season.  If the mare is certified 'not in foal' before Sept 30th, €600 +VAT will be refunded.

About - Christ is an exceptionally beautiful stallion, with talent for dressage and jumping, like his father before him. His breeder, Heinrich Ramsbrock, said, "In all these years I have rarely seen a horse with the first class double talent he has. And that is exactly what makes his so special. There certainly aren't many like him around." He is an outstanding mover who also demonstrates excellent technique over a fence. He demonstrates maximum elasticity in every phase of his movement.

Performance - Christ was third at his Hanoverian licensing and scored highly in his performance test, qualifying for the 2010 Bundeschampionat. He has since recorded success at every level, and is now campaigning at advanced in Germany.

Sire - Christ's sire Competent had a short breeding career, has two other licensed sons, Chatman and Cromwell. He is the sire of grand prix dressage horse Cappucino XIV, scoring +73%, event horse Corvette, 5th in the CIC2* at Strzegom, and several offspring jumping at 1.40m level. He has a reputation for versatility, finishing his stallion performance test in the top group for both dressage and jumping. His first offspring are demonstrating a particular aptitude for dressage - showing the prepotency of the Hannoverian G-line, with Gluckspilz, Graphit and Gotthard concentrated in his pedigree.

Progeny - Christ already has 13 licensed sons, including Collier (Champion Stallion in Mecklenburg), Cristall (1-c premium stallion in Vechta), Coal Diamond (premium stallion in Verden and Vice-Bundeschampion) and Cadeau Noir, who qualified for the Bundeschampionat. Christ has also produced price highlights at different auction sites, among them Con Cento, who sold for €71,000 at the auction in Verden. Several Christ-offsprings are on their way to Grand Prix-level in dressage sports. In 2018 Hubertus Schmidt aboard Christ‘s eight-year-old son Chrysler 2 (damsire Sandro Hit) made a fantastic debut in Grand Prix-classes.