A beautiful young Oldenburg stallion from an established and successful damline 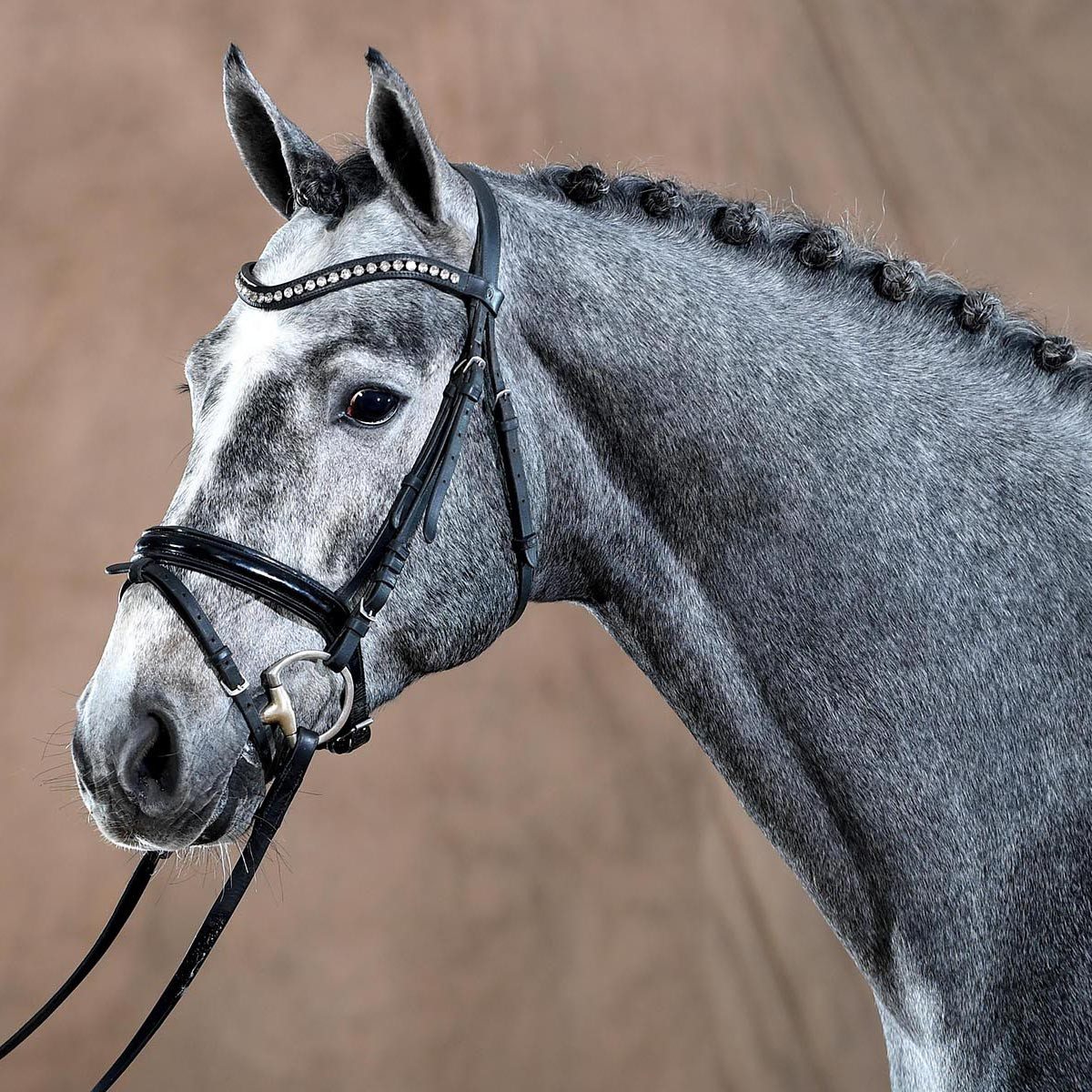 
Terms: €1100+VAT for unlimited attempts with chilled semen, on one named mare in one breeding season. If the mare is certified not in foal by the end of September, €800+VAT will be refunded.

About - Checkter has excellent reflexes; he is quick off the floor and very scopey. This is undoubtedly a young stallion to watch for the future.

Performance - The beautiful Checkter impressed with the greatest ease at his 2015 licensing in Vechta. In 2017, Checkter dominated his performance test on an outstanding score of 9.66, including a 10.0 for technique, 9.8 for rideability, and 9.2 for canter. Checkter is now competing successfully at 1.35m with Leonie Böckmann.

Sire - Checkter's sire, Cellestial, was hard to beat in tests for young four to six-year old show jumpers. In 1999 and 2000 he was placed in the finals of the Bundeschampionat as well as at the World Championships for young show jumpers. Then, under Heiko Schmidt, Andre Thieme and Rolf-Göran Bengtsson, Cellestial continued his career successfully at international grand prix, Jumping in Nations Cups and in the Sires of the World GP at Lanaken. With Jan Peters he ranked eighth at the 2005 German championship for young riders. In 2006, Cellestial was proclaimed VTV Jumper Stallion of the Year. The offspring of Cellestial are interesting, as proven by the achievements of Chap I and Cassiopaia, Chessy, Cintia, and Casting. Twenty of his sons are licensed so far, including the Oldenburg vice-champion Chap I.

Damline - The elegant dam, Ilonka, competed (under the name 'Lila') in the final of the 2005' Bundeschampionat, and she had many victories in advanced level show jumping. She is also the dam of Check In, who became reserve Hauptprämie (awarded for the best first crop of foals) in 2007, and competes successfully at CSI*** level. The damsire, Lord Pezi,is the sire of the Oldenburg premium stallion and successful Bundeschampionat participant Lord Pezi Junior, who is one of more than 20 licensed sons. The list of internationally successful sons and daughters of Lord Pezi is long: Louis, Little Pezi, Niagara, Luis, Pezi, Lord Spezi, Lord Larry, and Londinium. In 2015 Leander was placed ninth at the World Championships for young show jumpers in Lanaken. Today, more than 70 of his offspring are successful in advanced level show jumping, with his offspring having earned over €600,000. The performance record of Checkter's dam line is impressive. This line is also known for the licensed stallions Corghano (by Cordalmé Z), First Gotthard, Firth of Lorne, Fürstengold, Fürstenstolz, Granit, Ingold, Polygraf, Rincon Furioso, Rufurstinels, Weißdorn and Kasimir van Schuttershof as well as the top horses Gitena, Luis, Panama, Quattrina and Sissi van Schuttershof.