An international superstar now concentrating on breeding after a brilliant career 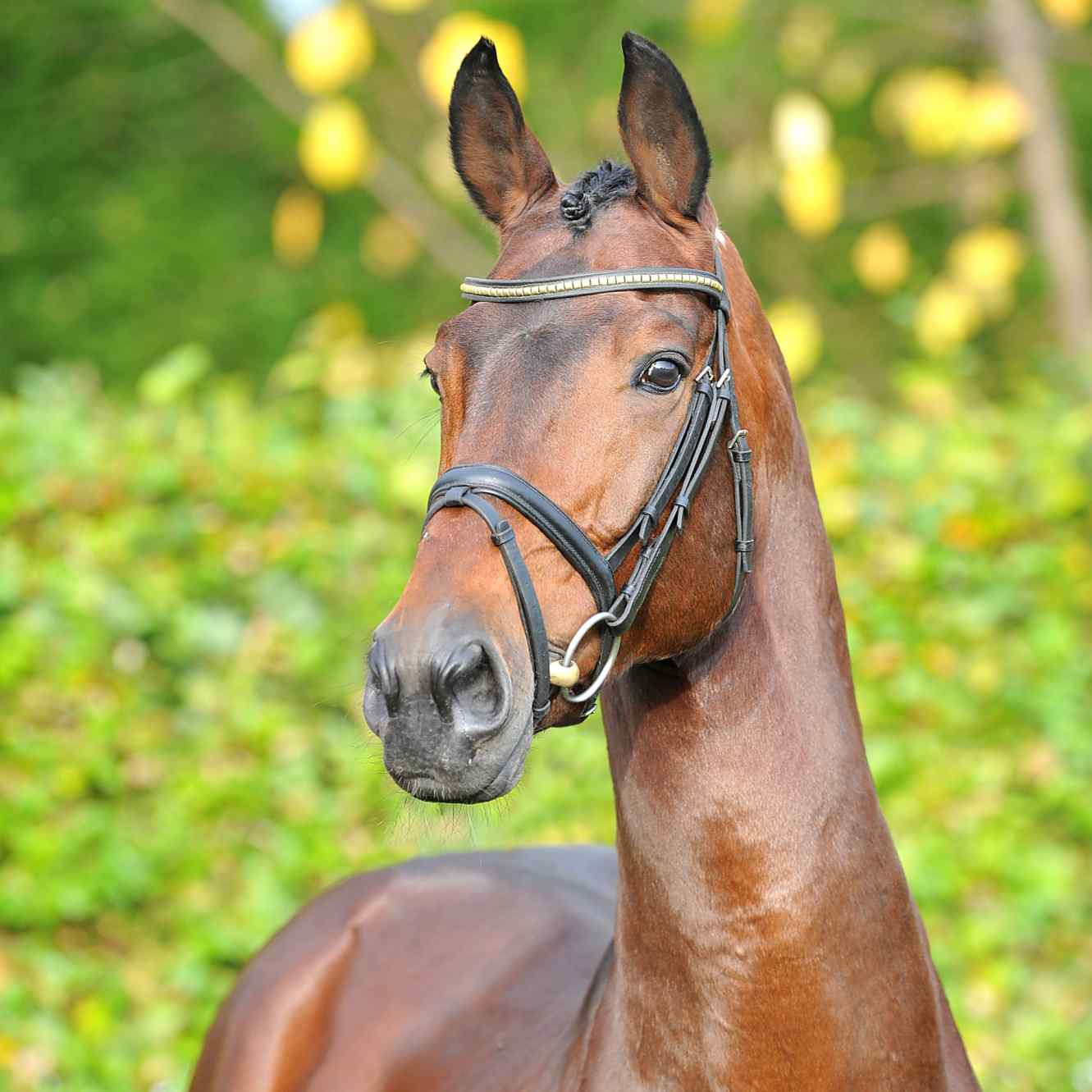 
Terms - €1500 + VAT for unlimited attempts with frozen semen, for one named mare in one breeding season. If the mare is certified not in foal by the end of September, then €750 + VAT will be refunded.

PLEASE NOTE: Chaman sadly died in June 2019, and is now only available by frozen semen.

About - Chaman is an international superstar who is now embarking on a breeding career. He is a powerful, careful stallion with outstanding rideability; at a stallion show in 2015, he jumped easily round a 1.50m course with a 12-year-old girl in the saddle.

Performance - Chaman was initially successful in international competitions with Luciana Diniz and Sören von Rönne, but his big breakthrough came in 2010 when Ludger Beerbaum took over the ride. In their seven seasons together, they have won grands prix and World Cup qualifiers all over the globe, jumped on Nations Cup teams, and in 2012 Chaman was the top-earning showjumpier that year. His career prize money top €700,000, and his top wins include the Stuttgart Masters, and the grands prix of Lyon, Lausanne, and Ebreichsdorf, and multiple victories on the Global Champions Tour.

Damline - Damsire I Love You won the World Cup final in 1983 and was second the following year. He also won grands prix across North America including Toronto, Washington and Calgary. I Love You's dam Elyria produced five licensed sons and is also the dam of Nighty Fontaine, the dam of successful stallions Alligator Fontaine and Frascator Mail. In the third generation of his pedigree is theThoroughbred stallion, Lucky Boy xx. This line is also the origin of the licensed dressage stallion and European bronze medallist Watermill Scandic, the jumping stallion Luidam, and the internationally successful show jumpers, Uline and Van Itram.

Progeny - Chaman's first foals only arrived in 2014, as he concentrated on his sport career until recently. His first foals are super; long-legged, with a more modern, blood type than their sire. His first sons will be presented for licensing in 2017.