A record-setting son of Chacco-Blue 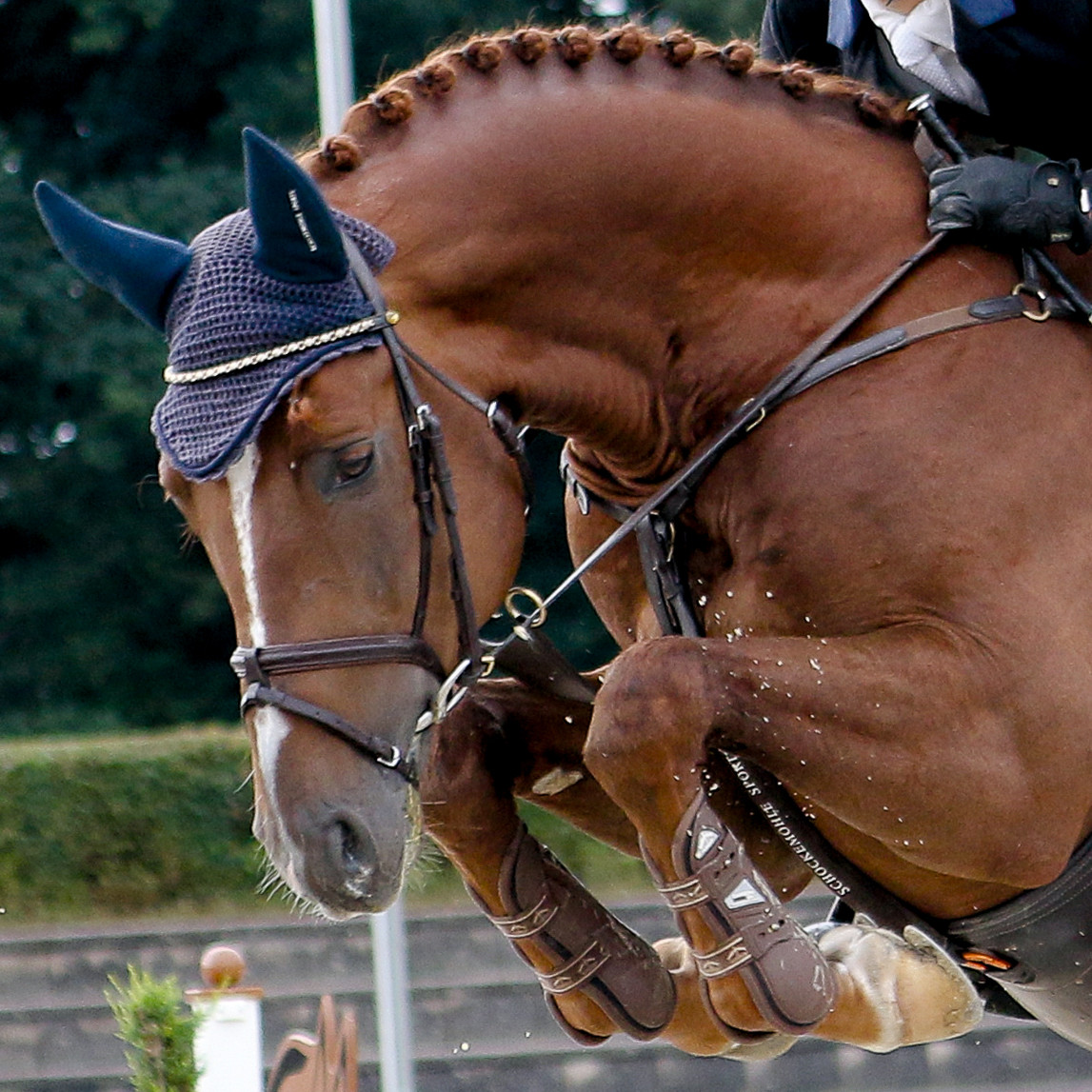 
Terms  - €1500+VAT, allowing unlimited attempts with chilled or frozen semen, for one named mare in one breeding season. If the mare is certified not pregnant before the end of September then a 50% credit applies to spend on a Schockemoehle / Helgstrand covering the following year. If the first AI of the year is July 1st or later, the credit the following year is 100%.

About - Chacfly is a beautiful, modern stallion, and one of Schockemöhle's most exciting first-season sires in 2017. With an enviable pedigree backed up by talent, results and temperament, he promises to be the complete package.

Performance - Chacfly was the runaway winner of his performance test, on the outstanding final score of 9.49 in November 2015. He recieved six scores of 10.0, and was given a 9.5 for rideability from both the judges and the test rider. In Vechta, he received the Oldenburg Ib main premium for the outstanding quality of his first crop of foals. In 2016, Chacfly PS won the bronze medal at the Hanoverian Championships (4yo) in Verden. He has won a number of competitions for young show jumpers, including twelve victories in the 2018 season, ridden by Patrick Stühlmeyer. He also won the qualifier for the German Championships in Klein Roscharden with a score of 8.8.

Sire - The Mecklenburg sire Chacco-Blue was successful internationally at grand prix level with Alois Pollmann-Schweckhorst and Andreas Kreuzer, winning the 2012 Neumünster grand prix, among others. He sired more than 30 licensed sons and 119 advanced level/S level show jumpers, who have so far won more than €747,000. Chacco-Blue was the best-represented stallion at the 2015 European Championships, despite having died three years earlier aged just 14, after a long battle with borreliosis (Lyme disease). He is still one of our most-requested stallions despite no longer being available for the public.

Damline - Damsire Sir Shutterfly, who jumped to 1.50m level himself, is the full brother to Meredith Michaels-Beerbaum’s brilliant show jumper Shutterfly. Meredith and Shutterfly won 55 1.50 m classes, won the Aachen Grand Prix in 2005, an individual bronze medal at the World Equestrian Games in 2006, individual gold at the European Championship in Mannheim in 2007, fourth place at the Olympic Games in Hong Kong in 2008 and won the World Cup final in Las Vegas in 2009. Shutterfly won over €3.29 million in prize money during his career. They have another licensed full brother, Salut Bonheur, who also jumped at 1.50m level, and a state premium sister, Shuttergirl.