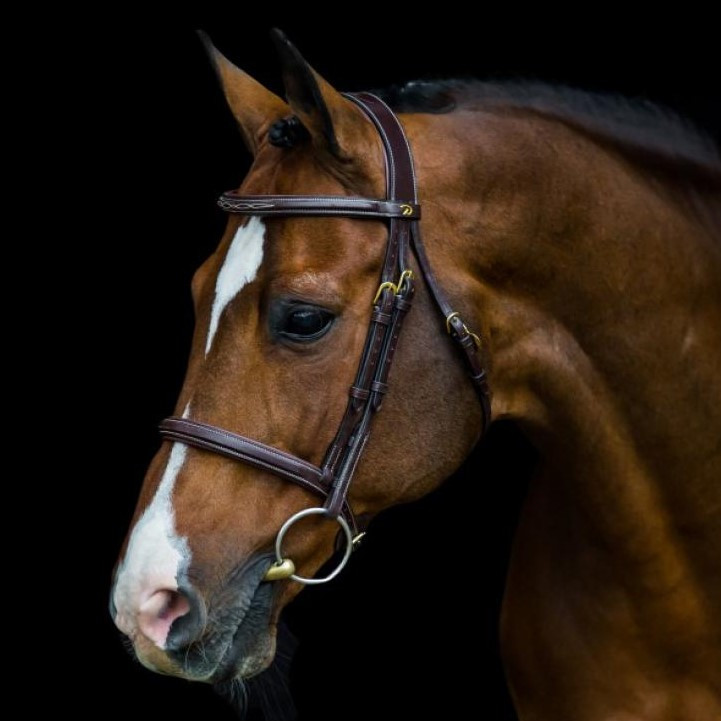 About - Catoki is a special stallion who has been successful in both sport and breeding. He is a compact, powerful jumper - very sharp in front and with a well-connected, naturally strong topline.

Performance - Catoki has proven his outstanding talent again and again, with wins and placings numerous times at top level. With Gerd Sosath he became Weser-Ems Champion and in 2006 he won the Grand Prix of Rastede. Extremely ambitious and willing to perform, he has added one milestone after the other in his career, including participating in the Bundeschampionat as a finalist, first as a five-year-old and a year later at six, when he finished as Vice-Champion. He had many placings in his first year at grand prix with Philipp Weishaupt, and in their second year at the level, they won the Vigo grand prix, and were second in the Bordeaux and Helsinki World Cup qualifiers as well as the Hickstead Nations Cup. They kicked off 2011 by going one better in the Bordeaux World Cup qualifier to take the win, and followed this up by winning a 1.50m class at Vigo a week later. They were part of the 2011 winning Nations Cup team at Hickstead, and placed in grands prix all over the world. The ride then passed to young Danish rider Emil Hallundbaek, who has enjoyed much success with Catoki - finishing fifth at the Junior European Championships and winning two under-25 classes in succession at Copenhagen. Together the pair have picked up world ranking points, and it says much for Catoki's temperament and rideability that Emil took over the ride when he was just 14 - on their first FEI appearance Catoki was faultless in three classes and finished third twice.

Sire - Catoki's father Cambridge was a 1993 Vice Bundeschampion and also won many advanced level competitions before his untimely death. Cambridge was a son of the Cor de la Bryère son Caletto I, who sired any grand prix showjumpers including the licensed stallions Cabachon, Non Stop and Cornetto (by Ramiro Z).

Damline - On the dam's side you find the Silbersee son Silvester, who became immortal through his offspring, among which is the international dressage ace Silvano. His dam's family is used to success and has produced mares that have become the dams of stallions in every single generation; Catoki's dam Bilda also produced a licensed stallion named Casco Z; the grand-dam Vordula produced the sires Lago and Laurenz, and the great granddam Limburg is known for the winner of the 1982 Holstein licensing, Rocadero.

Progeny - From his first crop up for licensing, Catoki's son Carrico won his 70-day test in Redefin with a score of 141.37. At the 2007 Holstein licensing, his son Canoso was sold for the top price of 360,000 Euros having gained a 10 for his jumping, and full sister Catokina jumped up to 1.40m level. That same year in Oldenburg, he was the sire of the premium stallion Cascall as well as another son named Cador, who was also licensed at the Oldenburg spring licensing. In Mecklenburg, he was the sire of a premium stallion and a further licensed son. He has several offspring jumping at grand prix, including the licensed stallion Carrico, and the daughter United Love HDC, who jumped in Nations Cup teams for France.