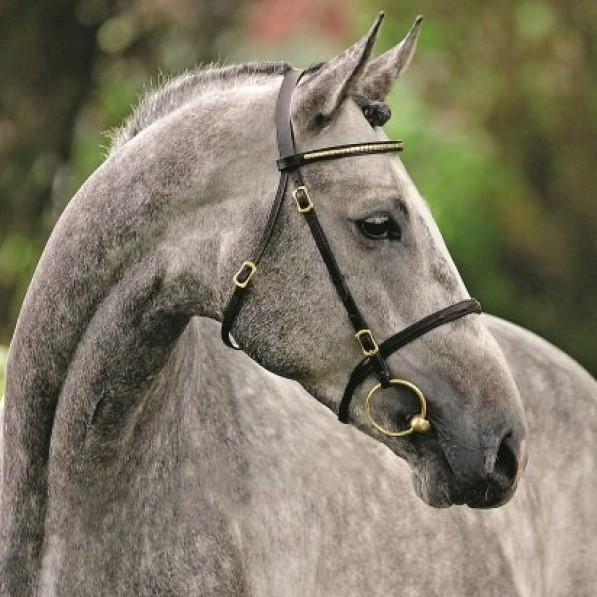 
Terms - €1050 +VAT for unlimited attempts with chilled semen on one named mare in one breeding season, if the mare is certified not in foal by the end of September €700 +VAT will be refunded.

About & Performance - Catch is a strong, well built stallion with correct conformation and mechanics. His movement is regular and powerful, with the canter being a particular highlight. He has a bright and intelligent disposition, with a calm and even temperament, which scored him a 9.0 at his 14 day ability assessment in Neustadt/Dosse.

Catch’s first outing saw him easily win the 4-year-old jumping State Championship at a score of 9.2 under Ebba Johansson. Further matured, he took home several wins on young horse jumping classes at A and L level. In 2019, after the ride was given to Maximilian Gräfe, he won four qualifiers to the National Championships. Since 2020, Catch has been at the stable of Rolf-Göran Bengtsson, where he has notched several top finishes in youngster tours national and international level, including 2nd place at the international horse show in Opglabbeek. During the 2021 showing season, Catch placed in several international jumping classes up to 1.45m, for example in Mannheim (6th) or Herning (2nd).

Sire - Colman was a solid performance horse, energetic, full of elasticity and had an amazing jumping capacity. Colman won his 100 day jumping test and was placed in the top group overall. Colman is a son of the international show jumper Carthago. Dam's sire Lord became one of the most famous stallions of the Holsteiner breed. He has produced top horses such as licensed stallion Chin Chin, Colmander, L.B Convall etc.

Damline - His dam Pia competed as a show jumper prior to being bred. Results including top finishes at S level emphasise the dam line’s athleticism and ability to pass on quality and definitely confirm the importance of a stallion dam’s own performance in competition. Catch’s dam line, stem 890, has been counting among the most successful in the Holsteiner breeding area, even before Casall. The line known as “von Horsten stem” has a reputation for particular performance attitude.