Reserve Champion at the Westphalian licensing. 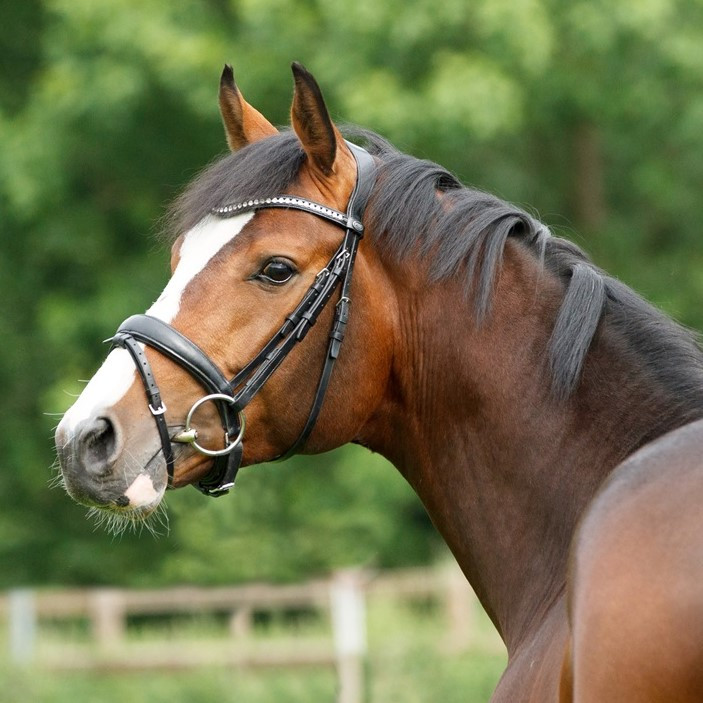 
Terms - €1000 + VAT for unlimited attempts with chilled semen on one named mare in one breeding season. If the mare is certified not in foal by the end of September then €500 + VAT will be refunded.

About & Performance -  Cashmere is a picture-perfect charmer who has high potential with such rare excellence! Approaches the fence with an incredible overview, unlimited potential, breath taking techniques and fantastic reflexes. His movement impresses with energetic uphill dynamic, maximum impulsion and ideal unity. As the jumping reserve winner he outshone all of his dressage competitors at the Westphalian licensing – and is now being schooled by the riding master Hubertus Schmidt.

Sire - Cristallo I was second in the Westphalian Wappen and placed twice at the National German Championships before injury forced the end of his competitive career. His daughter Cristalline finished 10th in the 2016 World Cup Final in Gothenburg as just an eight-year-old. She has been placed in several world rankings classes, including fourth in the Wellington and seventh in the Kentucky World Cup qualifiers in 2016. His son Castello won the grand prix of Rastede, and his other top level jumping offspring include Charmeur, Cristobar, Casablanca, Camira, Cristofin, and Crystal Chloe. In addition, his daughter Cara Mia RCF competed at the World Young Horse Championships for dressage in 2016.

Damline - Dam Novice has a number of offspring including licensed stallion Carento has sired a number of successful progeny such as Caressini (Carento x U-Cassina) who was Westfalian young horse Champion. His dam sire Contender won the 1987 Adelheidsdorf stallion performance test with a jumping index of 146.6. He went on to be the reserve Hauptprämie winner in Oldenburg on the basis of his excellent first crop of foals. He has 127 licensed sons and 498 offspring competing in sport; 25 of his licensed sons also jumped at grand prix. Among them are Montender (German Champion, double bronze medallist at the Athens Olympic Games and double gold medallist at the 2005 European Championships), Colore, Catwalk van de Helle, Chellano Z and Con Air.