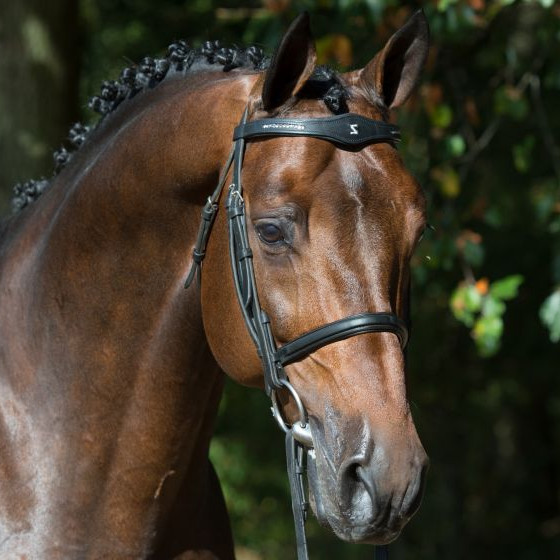 
Terms- €1550+VAT for three attempts with frozen semen, for one named mare in one breeding season. If the mare is certified not in foal by the end of September, €1200+VAT will be refunded.

About-  Canturano is approved by the KWPN and was described as a stallion that is very careful and shows a tremendous amount of scope. He was assessed with a score of 9 for his scope and 8.5 for his natural ability as a showjumper.   During the stallion competitions 2007-2008 Canturano was rewarded with high scores for the jumping elements time after time and was described as a stallion with very fast reflexes, tremendous scope and body technique over the fences.

Sire- Canturo maintains his place every year among the best stallions in the world . This performer has won many competitions under the saddle of Bernardo ALVES, participating in the Athens Olympic Games at only 9 years old . He distinguished himself in the biggest world Grand Prix: Calgary, Aix la Chapelle, Rotterdam, Hamburg... He is now a recognized sire in show jumping and eventing.

Damline- Madonna has been an excelled producer of offspring such as CANTURANO II, performing up to  1.50m  with R. PRANDI, approved stallion, URIELLE 5, competitor on the national circuit, dam of CANTURIA 2,  1.50m  classes in Germany and CASSIOPEA DI VILLAGANA, dam of FATA MORGANA DI VILLAGANA, classified on 1.40m in the United States.