The best from the Netherlands and Germany combined in one stallion 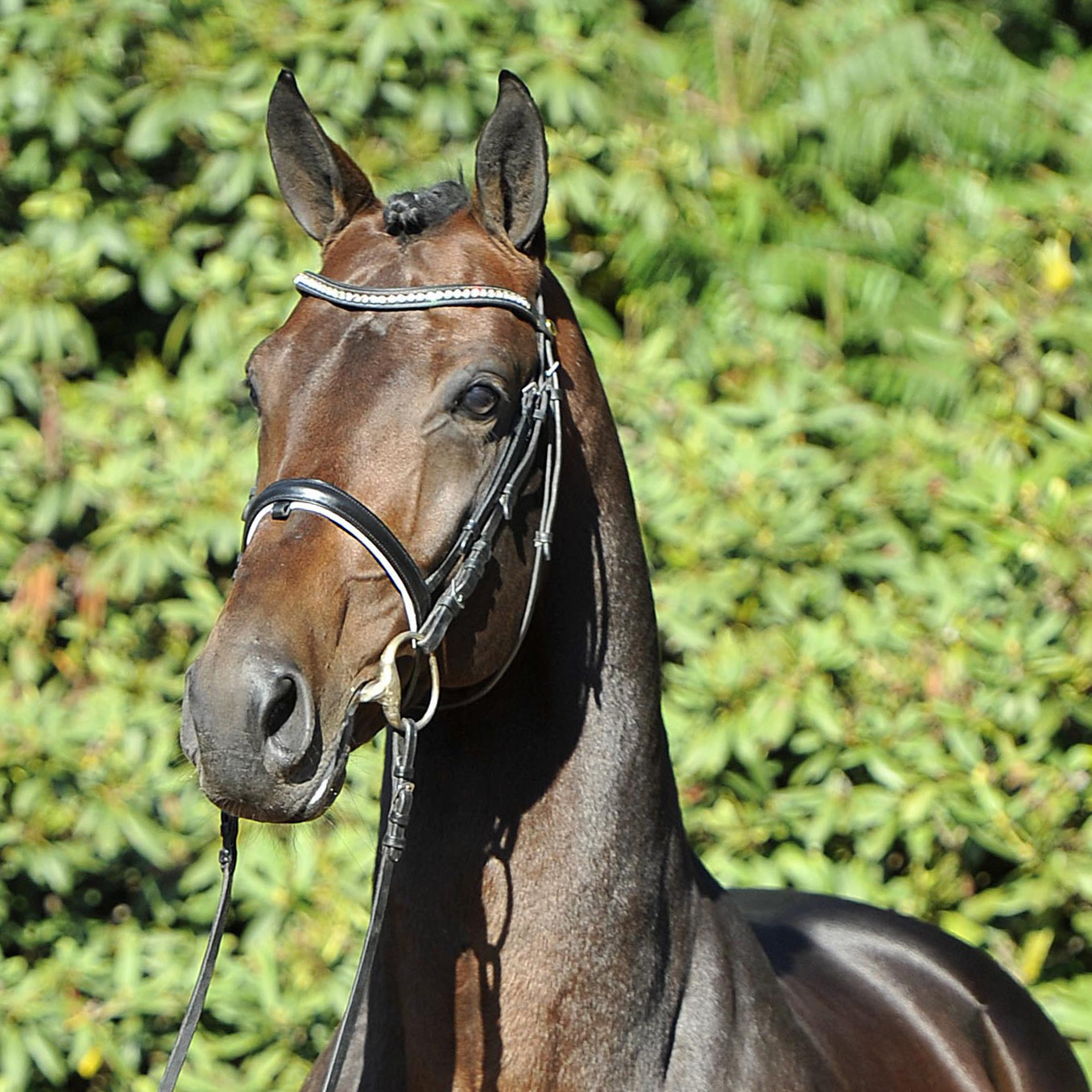 
Terms - €1600+VAT for unlimited attempts with frozen semen, for one named mare in one breeding season. If the mare is certified not in foal before the end of September, €1300 + VAT will be refunded.

About - Bordeaux's pedigree is an absolute rarity, bred from one of the most successful dam lines in the world. The best of the Holstein, Oldenburg, Westphalia and Trakehner populations are united into this charming, rideable stallion.

Performance - His career began with a bang: After winning at the KWPN licensing in 2009, Bordeaux then won the stallion performance test in Ermelo. In 2012, he placed fourth with Eva Möller in the final of the World Championships for six-year old dressage horses in Verden. In winter 2012 & 2013 Bordeaux qualified with victories in the KWPN stallion series. He is currently Holland's most successful dressage stallion of his age-group. Under Möller Bordeaux was trained to developing grand prix level and represented Norway at the 2017 European Championship under Isabel Freese-Bache.

Sire - Bordeaux's sire, United, finished his performance test in Ermelo with the highest results ever recorded at the time: 9.5 for trot, canter and dressage ability. United's sire Krack C and damsire Partout were both international grand prix horses under Dutch supremo Anky van Grunsven, while the jumping blood of Flemmingh adds athleticism and connection.

Damline - The dam's side combines two great stallions. The Trakehner Gribaldi, sire of former World Champion and world record holder Totilas, and Donnerhall, one of the most successful progenitors of grand prix dressage horses of all time. Gribaldi is also the sire of Painted Black and Hofrat, among many others. His sire Kostolany was champion of his Trakehner licensing, and in 2009 was Trakehner Stallion of the Year. He was also the sire of Silvermoon, father of Blue Hors Matine, the individual silver medallist at the Kentucky World Equestrian Games. Donnerhall's most famous son De Niro is the WBFSH top ranked sire for 2016. Bordeaux is also a descendant of the Westphalian foundation lineage of Dodona, which produced the Olympic champions Ahlerich and Rembrandt, as well as the foundation stallion Rubinstein I and Olympic silver medallist Amon.

Progeny - Bordeaux's foals inherit his excellent movement and temperament. There were three widely licensed sons from his first crop including Ferdeaux, and he has since produced a total of 16 licensed sons and four State Premium mares.