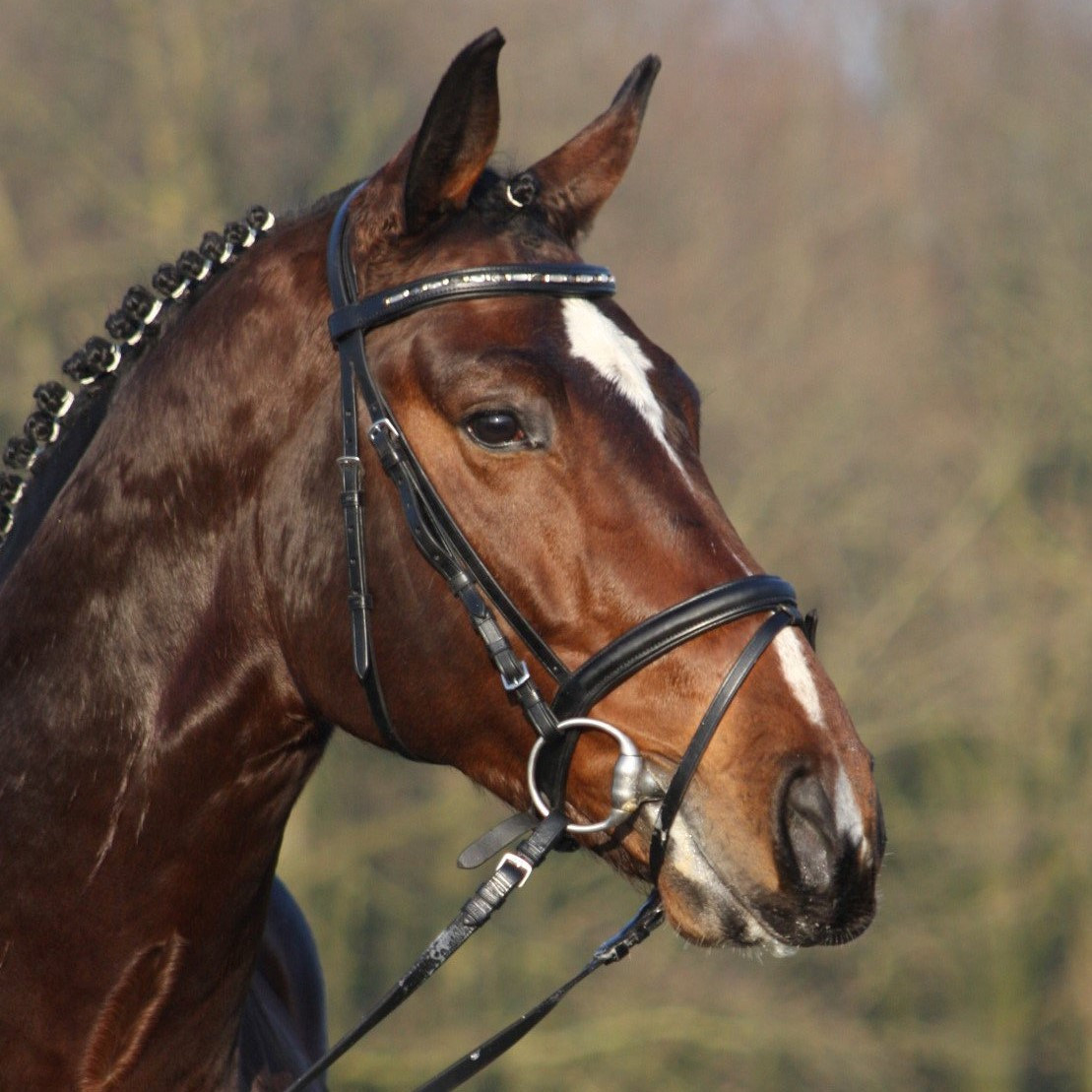 
Terms - €1350+VAT for unlimited attempts with frozen semen, for one named mare in one breeding season. If the mare is certified not in foal by the end of September, €1000 + VAT will be refunded.

About - Bisquet Balou C has an excellent step, very spacious trot and a large, powerful canter that can be easily collected. He has all the desirable qualities as he is honest, careful, balanced with good technique and power.

Progeny - The quality of his first offspring already earned him the title of BWP Ambassador. He has six approved sons and he brings elegance and impressive technique. Noor C, 3rd of the 5-year-old Belgium Championship, finalist of the 5 years World championships in Lanaken under the saddle of J. Oostvogels. Noena van 'T Paradijs and Narengo Stb are finalists in the YH World Championships in Lanaken, No Mercy vd Caatshoeve and Nieske Balou ten Doorn are finalists in the Belgium 5-year-old Championshipin 2018.Opium vd Middelstede, Champion of the PAVO Cup at 4 years in 2018. Ohnicio d’O was sold 61 000 € at the Top BWP Stallion Auction in 2017, and Sagrance L3B was sold foal 34,000 €.

Sire - Balou du Rouet successfully competed at 1.50m with more than 19 wins at this level. In 2005 he caught everyone's attention by scoring the highest mark of 9.2 at the National Championships, making him one of Germany's top 4 licensed stallions, and is ranked at the top of the WBFSH sire rankings. His grandsire Baloubet du Rouet is considered a living legend and he is currently number one in the WBFSH ranking. Sire Balou du Rouet was self-victorious at the international level and the supplier of 5* winning jumpers like Balloon, Balzac, Balou's Herb, Baltimore, and Baranus. Polydor was number one in the 1999 WBFSH ranking and this is thanks to the performances of his most memorable offspring: Two Steps, Positano, Coolgirl, Peu A Peu, Pilgrim II and many others.