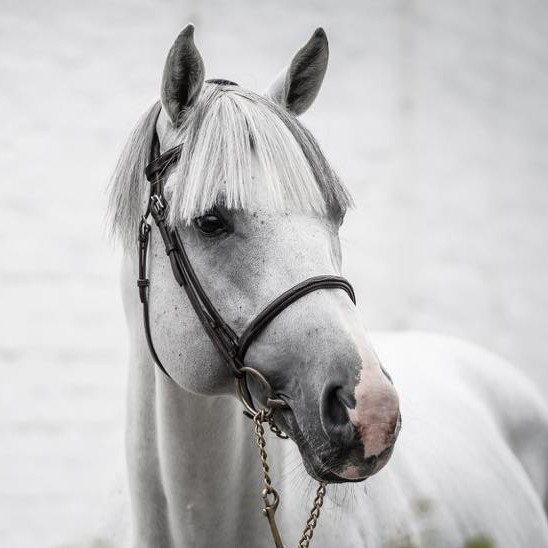 
Terms - €1500+VAT for unlimited attempts with frozen semen, for one named mare in one breeding season. If the mare is certified not in foal at the end of September, €1000+VAT will be refunded. If the mare is certified in foal at the end of September, but subsequently dies, aborts or reabsorbs the foal, or the foal dies before 24hours, the covering will carry over the the next season to be used against any stallion at the same stud, and the mare can change going into a new year.

About - Alicante is all about beauty, intelligence, quality and mentality. This son of Casall won an impressive series of classes at GCT as well as at other 5* events but his victory at the famous Sires of the World in Lanaken 2016 will be remembered for a very long time. He is a fantastic mix of Holstein bloodlines, while still having 44% Thoroughbred blood, keeping the athleticism and speed needed for the modern sport.

Performance - The winner of the Sires of the World in 2016, this beautiful grey stallion is now jumping at 1.60 level. At the GGT Chantilly, Alicante won two 1.50m classes under Jérôme Guery, and at the GCT CSI5* in Monte Carlo they came 2nd and 9th in the 1.60m Grand Prix.

Sire - As of January 2017, sire Casall ASK was still winning grands prix aged 18 with Rolf-Goran Bengtsson, who has ridden him since 2005. As a six-year-old, he was third in the Bundeschampionat and Schleswig-Holstein Champion, but it is his international career that has been exceptional. He was the overall winner of the Longines Global Champions Tour (GCT) in 2016, winning not only the final in Doha but also the Paris and Valkensward legs. The previous season, he won the Rome and London GCT grands prix, and was third in the GCT rankings at the end of the season; throughout his career, he has won or finished on the podium in a GCT grand prix 22 times. He has won over €1.8 million on the Global Champion Tour alone. He was also 4th individually at both the 2014 World Equestrian Games and the 2013 European Championships, where he also won team bronze. His soundness and reliability have been remarkable - he has never missed a season in his 13-year career, and he is ranked fifth on the WBFSH Sire Rankings for 2017.

Damline - Damsire Indoctro is a living legend and is among the world's best sires. His offspring achieve successes at the highest level. At the Olympic Games in 2008, three horses by Indoctro attended: VDL Orestus, Don Porfirio and Picolien Zeldenrust. In Holland he is known as VDL Indoctro, while in Germany, following the Holstein naming custom, he is C-Indoctro. By any name he is one of the world’s most successful jumping sires. After being Champion of his stallion test, Indoctro went on to a successful international jumping career with Ulrich Kirchhoff. His main value has been as a breeding stallion, standing as one of VDL's foundation sires. Indoctro has been such a success as a sire for the KWPN studbook, that at the age of 16 he received the title: ‘Preferent’.

Alicante's dam Texas M is a daughter of U-laester (by Lagos), who is none other than the sister of Calvin, Cantus and Lansing. All stallions that have not only more than earned their stripes in show-jumping but also in breeding. In this dam line we also find O-Chiara, and the 1.60 level showjumper Calido I. Ciaco’s Son S, at 8 years of age, has already been successful in several 1.40 trials, as has Clearaway (s. Clearway).

Progeny - Alicante's progeny jump with the same sharp reflexes! Although his oldest progeny are only just 7 years of age, they are already showing a lot of talent. Several of his progeny have successfully started competing on the international circuit, such as Fileva ST, who has already achieved several international placings with Marc Bettinger.