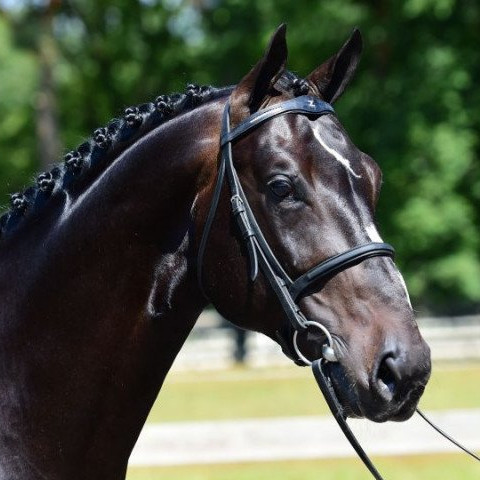 About-  Air Jordan Z became the  2017 Best Young Horses Sire in Fontainebleau, as well as, Best Sire in the Selle Francais stallion licensing for young, three-year-olds. The Oldenburg stallion Air Jordan Z year after year, his enormous showjumping powers in top competition. The impressive record of Air Jordan Z further boasts the reserve title in the World Cup finals of Las Vegas 2007 and victories in the Grand Prix of Deauville, Valkenswaard and Arezzo. Before that Air Jordan Z had already successfully performed in the international showjumping sport under Judy-Ann Melchior.

Thanks to the international results of his progeny he enters in 2016 in the 100 in the WBFSH ranking. As his last frozen semen samples are being used, he establishes himself as an exceptional sire. He passes on strength and the mind of a winner. Not to be missed!

Sire-  Sire Argentinus is one of the pillars in Oldenburger showjumping horse breeding. He is also the sire of famous showjumping horses such as World Cup winner Anka, Adlantus As, Asti Spumante and Arko III.

Progeny- His first offspring are shining at the international level! AIR JORDAN was awarded best Sire of the 3 years old Selle Français Championship in 2017.