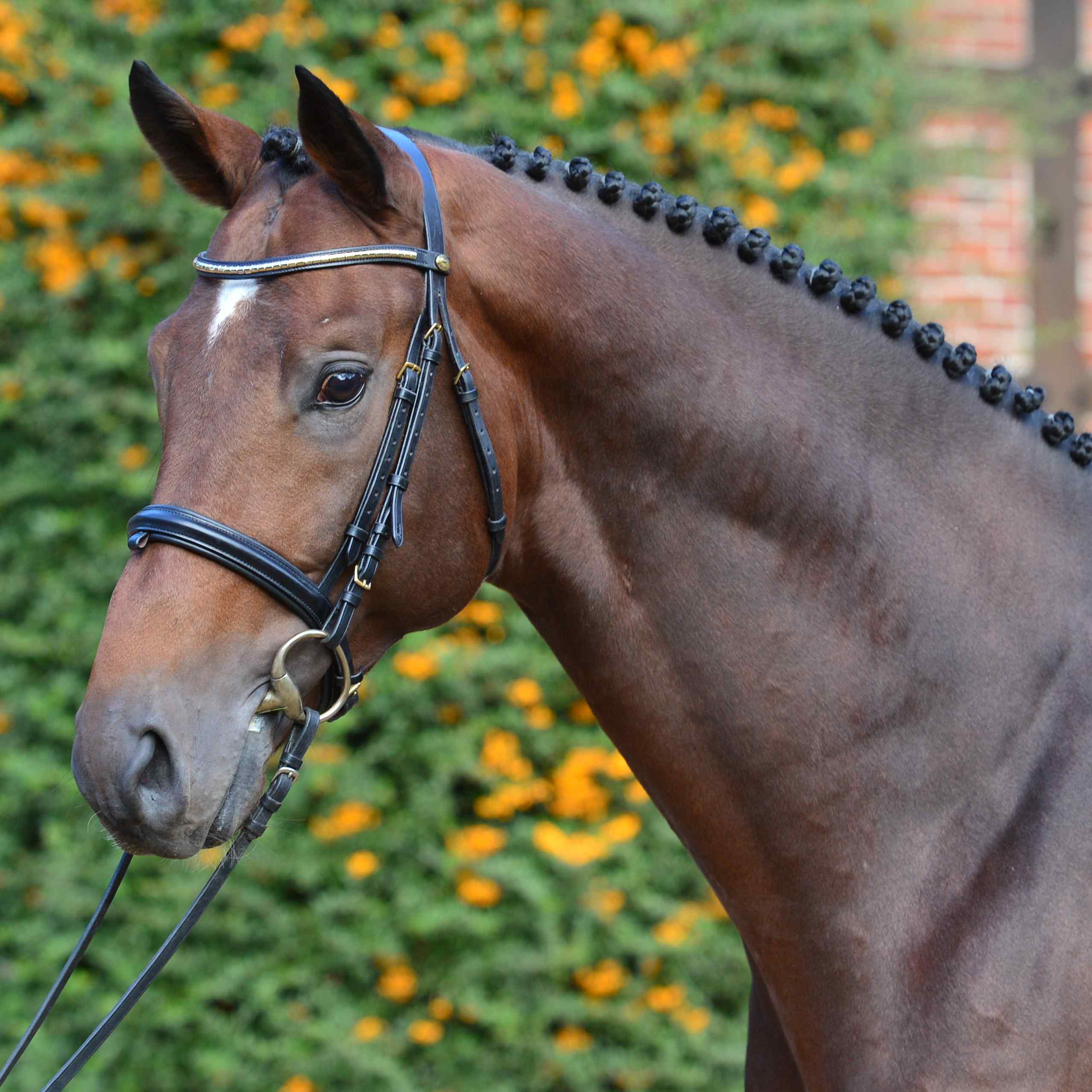 
Terms - €800+VAT for unlimited attempts with frozen semen, for one named mare in one breeding season. If the mare is certified not pregnant before the end of September then a 50% credit applies the following year to spend on any stallion from the same stud.  If the first AI of the year is July 1st or later, the credit the following year is 100%.

About - Action Blue is a top showjumper with international flair, who shows plenty of scope, technique and bascule over a fence. He comes from a pedigree of proven performance horses and is in a class of his own for style and disposition.

Performance - He received a 10.0 and a 9.5 for his jumping ability at his 30 day test in Schlieckau.

Sire - Sire Action Breaker is one of the best show jumping stallions worldwide. He was Belgian champion as a 4-year-old before being sold to Spain. He competed at both the 2010 and 2014 World Equestrian Games with Sergio Alvares Moya for Spain, and finished third in the prestigious Aachen grand prix. He has numerous top-10 grand prix results to his name and has jumped on many Nations Cup teams - winning at Barcelona 2012 - and on the Longines Global Champions Tour, placing second at the LGCT Cannes CSI5*. Full brother Quasimodo vd Molendreef is the sire of Olympic team gold medallist and Rolex Grand Slam holder Hello Sanctos. Sire Heartbreaker, by the great Nimmerdor (dam sire of Olympic gold medallist Big Star), is a proven progenitor of international quality horses, including Toulon, Urmina, Twister, Romanov II and Beluga.

Damline - Action Blue's dam La Cucaracha is a daughter of Chacco Blue, who had an outstanding international career, before his untimely death from Lyme disease in 2012. With minimal frozen semen remaining for Chacco Blue, Action Blue offers breeders the chance to add Chacco Blue breeding to their program. Chacco Blue won many young horse classes in Germany, including the final qualifier for the German Young Horse Championship with a score of 9.4, before an error of course put paid to his chances in the final jump-off. He went on to finish third in the grand prix of Neustadt, before winning the grand prix at Olympia in 2008. He later came third in the Aachen grand prix and won the grand prix at Neumünster.