Impresses with sporty elegance in a dark jacket 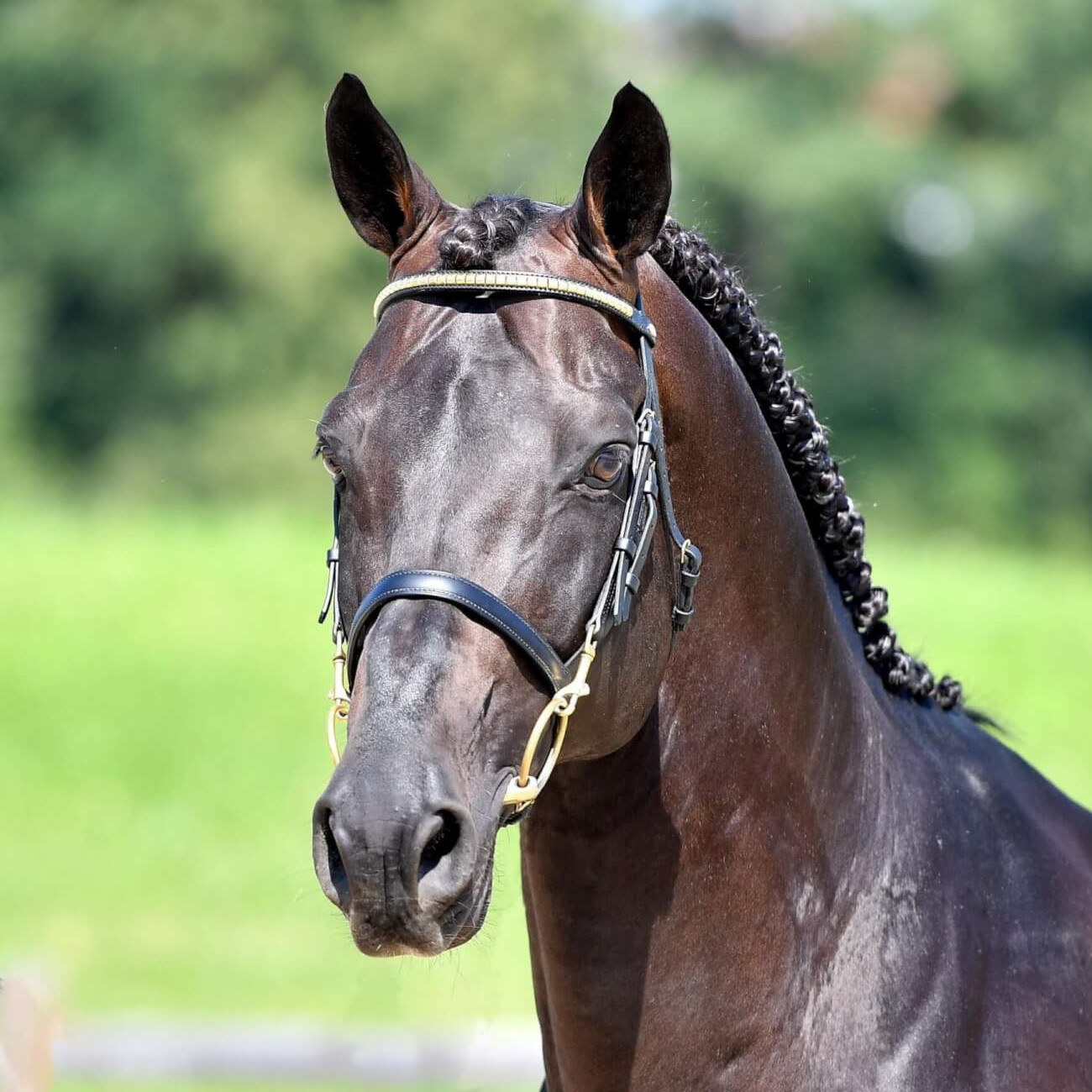 
€880 + Vat for unlimited attempts with Chilled Semen on one names mare in one breeding season. If the mare is declared not in foal by the end of September, €690 + Vat will be refunded.

Note: A Seperate Contract must be signed with Hengstation Bachl for all Embryo Transfers with Bachl Stallions. Please call into the Elite Stallions Office for more details.

Adzaro de L'Abbaye B is in the format of the modern main stallion and impresses with sporty elegance in a dark jacket. Extremely charming and striking in many respects, he inspires with his attitude, technique and jumping ability. Adzaro de L'Abbaye B himself was champion stallion at the French licensing in St. Lo in 2013. In 2014 he was champion of four-year-olds in Normandy and a finalist in Fontainebleau. He qualified for the French Championships in Fontainebleau with 13 victories. Initially very successful internationally in youngster tours with Tobias Bachl, he was a guarantee for top placements up to advanced level with the rider Marjolaine Marraud des Grottes /FRA. The years 2020 and 2021 were a sporting breakthrough for the two at national and international level up to 1.50m tests.

His sire Quaprice BoiMargot (by Quidam de Revel-Lord-Liguster-Farnese-Cottage Son xx, Holstein lineage 504) was French Champion at the age of six and seven and later impressed on the Global Tour in Arezzo, La Baule and Lors, among others, before he came in too soon. Nevertheless, Quaprice BoiMargot produced a few licensed stallions, including the winners of the French licensing in 2008, 2009 and 2013 with Adzaro de L'Abbaye B. The dam's sire Diamant de Semilly, himself team world champion for France in Jerez in 2002 and vice European champion in 2003 under Eric Levallois, led in 2015 and 2016 the WBFSH world ranking list of the best jumping sires and is currently number two worldwide. And quality prevails: Although Diamant de Semilly was never stationed in Germany, he has already delivered three German licensing winners: Diarado (2007 Holstein), Dicapo (2011 OS) and Diamant de Quidam (2015 OS). A number of internationally successful sport horses result from the dam line.